A large performance boost and even more high-end chips are in the works, according to a post from a known leaker on Baidu.

Earlier this year, graphics specialist NVIDIA (NVDA 2.84%) began rolling out graphics processors using its Pascal graphics architecture and manufactured in TSMC's (TSM -0.16%) 16-nanometer technology. The Pascal-based chips managed to deliver significant performance increases over their predecessors based on the company's Maxwell architecture and manufactured in an older 28-nanometer technology.

NVIDIA's next architecture after Pascal is known as Volta, which the company has previously said would bring substantial performance-per-watt gains over Pascal. According to a post on Baidu from user USG Ishimura (I am told that this user is a well-known leaker), NVIDIA will be doing some very interesting things with Volta.

According to a translation of USG Ishimura's post, the performance of GV104 -- the Volta-based successor to the recently released GP104 chip (which powers the GeForce GTX 1070 and GeForce GTX 1080 graphics cards) -- will offer "really strong" performance.

This performance enhancement, the user indicates, is due to the fact that the "sm structure [has] changed" relative to the prior-generation Pascal architecture (in NVIDIA's graphics architecture, "SM" is short for "streaming multiprocessor."

It's worth noting that with the Maxwell architecture, NVIDIA made substantial changes to the streaming multiprocessor architecture. Here's what NVIDIA said about Maxwell relative to the prior-generation Kepler architecture in its whitepaper describing Maxwell:

In going from Maxwell to Pascal, however, NVIDIA appeared to have kept the streaming multiprocessor structure nearly identical generation on generation. Here's what the Maxwell SM looks like: 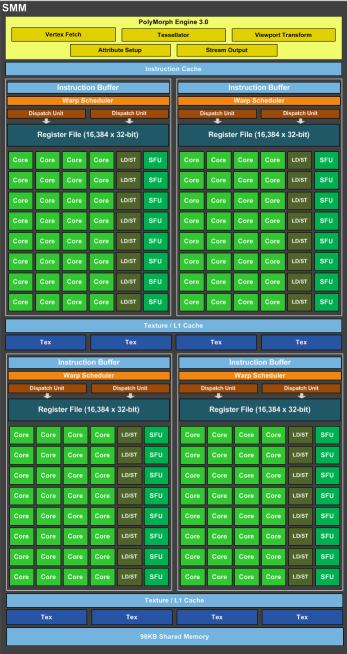 And here's the Pascal SM: 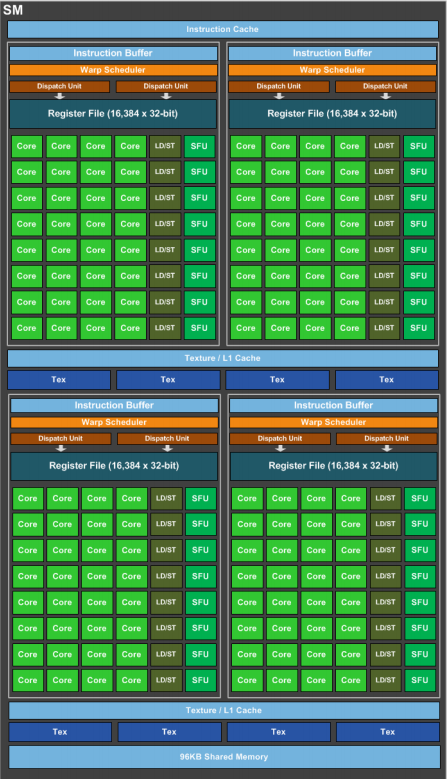 In light of this, I think that it makes a lot of sense to expect a dramatically overhauled SM architecture with Volta, driving significant performance-per-watt gains.

NVIDIA continued with this practice with Pascal, selling GP104 as the GeForce GTX 1080, and GP102 as the new Titan X.

According to USG Ishimura, NVIDIA is actually planning not two, but three high-end gaming graphics processors based on Volta this time around: GV104, GV110, and GV102.

It's not clear how GV110 and GV102 will be differentiated, but I would imagine that GV110 will be an even higher-performance product than GV102, which could potentially allow NVIDIA to introduce a performance and price tier above the $1,200 level that the GP102-based Titan X sells for.