P&G is reducing the number of targeted ads it's running on Facebook.

But Facebook's targeting isn't for everyone. Procter & Gamble (PG 0.91%), the biggest ad buyer in the world, is going to reduce its purchase of targeted advertising on the platform, according to The Wall Street Journal. It won't cut back on its total Facebook ad spending, though, shifting to more broad-based brand advertisements. "We targeted too much, and we went too narrow," The Wall Street Journal quoted P&G's chief marketing officer as saying, "and now we’re looking at: What is the best way to get the most reach but also the right precision?" 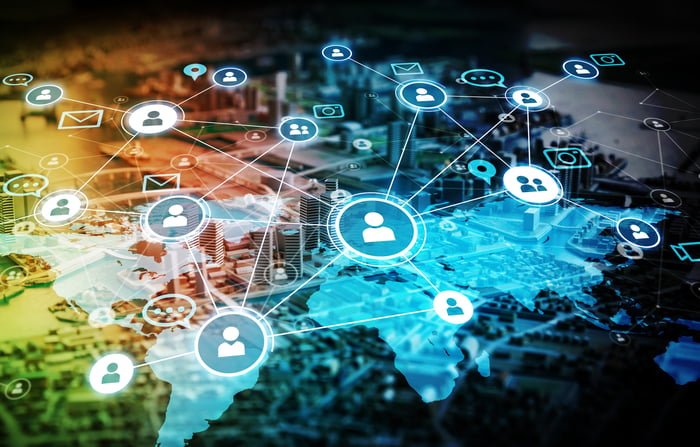 Meanwhile, P&G plans to increase its television ad budget, and focus more on digital ads with the potential to reach large audiences. That could leave Twitter (TWTR) on the sidelines as it looks to grow its share of ad budgets from large brand advertisers such as P&G.

Twitter would struggle to grow ad revenue without big brands

Twitter has guided for revenue of $590 million to $610 million in the third quarter. That would represent flat growth from the previous quarter, and just 5% year-over-year growth at its midpoint.

On the company's second-quarter earnings call in late July, CFO Anthony Noto told analysts, "We've penetrated the largest spenders, or oldest and longest relationships spenders in [direct sales] U.S. advertising." The vast majority of big brands such as P&G already have advertising relationships with Twitter. "We've transitioned more to revenue being driven by average revenue per advertiser," Noto added. In order for Twitter to continue growing its revenue, it needs to win a larger share of ad budgets from big brands.

The problem is that Twitter's audience is relatively small compared to Facebook or YouTube. Management boasts that Twitter reaches over 1 billion people around the web, and it has an additional 500 million unique visitors coming to its owned and operated properties every month, but it seems brand advertisers aren't buying what Twitter is selling.

Facebook has other things to sell besides its targeting

Meanwhile, Facebook's Sandberg talks about the presence of "a Super Bowl on mobile every day." Last quarter, Facebook topped 1 billion daily users on mobile. Overall, 1.71 billion people log in to Facebook every month.

Facebook has been working on new ad products for big brands as well. For example, the company rolled out Canvas Ads earlier this year. The format functions similarly to Instant Articles for publishers, producing a fast-loading full-screen ad within the Facebook app. It's also pushing into video ads as well, experimenting with placement within the app.

Facebook's scale is likely the biggest reason P&G doesn't plan to pull back its overall ad spending with the company. There's no sign that Facebook's user growth will slow significantly, as it managed to increase daily active users 20% last quarter despite its massive scale.

What's more, its other platforms, such as Instagram, continue to grow rapidly. Instagram added 100 million new users in the nine months between September and June, to reach 500 million total. Even that is significantly larger than Twitter's 313 monthly users, making it more attractive to big brands.

Facebook might not be losing any of P&G's existing ad spend on Facebook, but it's not gaining any more of it, either. That's important, because P&G is about to grow its ad spending a significant amount for the first time in four years. The company plans to increase its ad spending about 5% this year, according to the WSJ article. That works out to about $360 million in additional ad spend. For reference, that would equal nearly 2% of Facebook's total revenue over the past 12 months and almost 15% of Twitter's.

P&G plans to increase its spending on television commercials. Overall, analysts expect television advertising growth to slow significantly while digital, in particular social, advertising continues to grow rapidly. P&G's bucking the trend is a big message to digital advertising companies that TV is still one of the best platforms for reaching a large and engaged audience.

Both Twitter and Facebook are working to take on television. Twitter is signing deals for rights to live events, including 10 Thursday Night Football games, coming this fall. Management says early sales for the ad spots in its live stream have gone well, and it could be a revenue driver for the fourth quarter.

Twitter has been shifting its advertisements to more video, which it believes will give it access to a broader advertising market.

Facebook, meanwhile, has offered $50 million in contracts to publishers and celebrities to live-stream a certain amount of content every month. Facebook still hasn't figured out exactly how it's going to monetize video on its site, but it recently started experimenting with ad breaks in the middle of live streams.

P&G explicitly said it's not reducing its ad spend on Facebook, and there's no indication that Twitter will see a drop in ad sales to P&G, either. But P&G's decision is indicative of how far the social platforms still have to go to take on TV. If either can crack digital live-stream advertising and grow a significant audience around it, there's $180 billion in television advertising of which they could grab a portion.