There are rare companies that continue to perform year after year, while still making the right investments to continue growing for the long term. When you find a company like that, and it's selling at a discount -- that's a stock that you want to buy and hold "forever."

Walt Disney (NYSE:DIS) shares got a small bump following the recent release of results for the quarter ended July 2. A 9% increase in sales and 10% increase in earnings per share were both above analyst expectations. Still, Disney's stock is trading around 20% below its peak, which was reached about a year ago.

There are many reasons to love Disney as a long-term holding. Here are three. 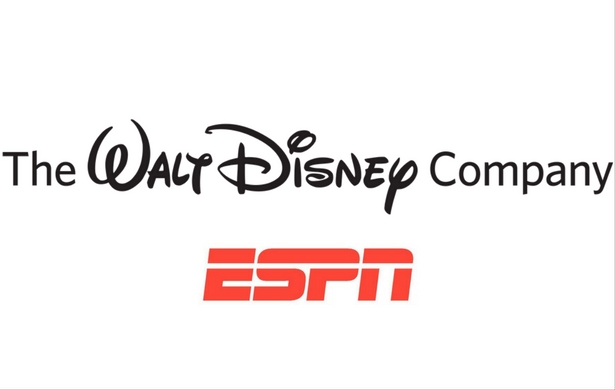 Let's start with the elephant in the earnings: Disney's cable networks segment, which has caused much alarm as its largest property, ESPN, has lost subscribers in recent years. While the traditional media industry is scrambling to deal with the rising popularity of video-streaming options and consumer preferences toward skinnier cable packages (or none at all), Disney is actually very well-prepared to win in this new viewer environment.

Thanks to a growing interest in sports around the world, and the live nature of sports as opposed to TV and movies, ESPN has a product that is hard for fans to give up even if they want to drop cable. However, ESPN has seen a drop in subscribers and the company has taken steps to address that. Disney has been focused on multichannel content distribution and has already made ESPN available on streaming services like Sling TV, Roku, and Sony's PlayStation VUE. It announced this quarter that ESPN will soon be in DIRECTV's new over-the-top (OTT) service, and is reportedly working to get the option available on Apple TV.

Disney also announced a $1 billion investment in a 33% stake in BAMTech, a video-streaming service that Disney management says will "accelerate growth of leading technology and direct-to-consumer video streaming." BAMTech is already a leader in sports-streaming services with nearly 7.5 million paid subscribers, and will be able to stream not only ESPN, but also ABC and other Disney content.

ESPN is also focused on building its own digital infrastructure with ESPN.com and its mobile app. As ESPN continues to expand to more countries such as India, where ESPN recently won rights to stream the Indian Premier League of cricket, the most-watched sport in India, its ability to roll out these individual streaming plans will allow Disney to make media-segment gains long into the future.

Disney's overall media networks segment reported nearly $6 billion in revenue in the most recent quarter, 41% of the total.

Disney's theme park segment is its second-largest behind media networks, but it looks to be the one poised to lead much of Disney's growth in the years ahead. On average, Disney's theme park visitation grew about 3% year over year in each of the last 10 years, with worldwide visitors rising to a record 138 million in 2015. Thanks to Shanghai Disney Resort, which opened near Shanghai, China, earlier this summer, and which reached over 1 million visitors in less than two months after opening, that could jump to an estimated 160 million by 2017.

Disney's parks are becoming more profitable as Disney has successfully increased its prices for park entry without losing visitation. During the last nine months, parks and resorts' operating profit rose 13%. Expect that segment's profit growth to continue in the coming years, as domestic parks remain a cash cow, and international parks, such as the one in Shanghai, lead new growth. With three parks in Asia and only one in Europe, Disney still has plenty of international expansion opportunity left, for decades of future growth in this segment.

Disney's parks and resorts segment reported nearly $4.4 billion in revenue in the most recent quarter, 31% of the total.

Disney's segment responsible for its iconic movies, studio entertainment, made up only about 20% of Disney's total revenue in the most recent quarter. However, it has been the fastest-growing of Disney's segments in recent years, with year-over-year profit up 62% during the last nine months, to $2.3 billion.

Disney still has plenty of room to expand this segment further and continue to grow profits for years to come. Just look at the Star Wars franchise: Disney is only getting started with the incredible recreation of the classic series. Its first installment, Star Wars: The Force Awakens, has been very successful, with a worldwide box office gross of $2 billion. Disney is already preparing the release of Star Wars VIII and IX in the next few years, as well as a host of spinoff movies such as Star Wars: Rogue One, which is planned for release this winter.

A scene from Star Wars: Rogue One. Image source: Disney, via StarWars.com.

Star Wars is just one successful property for Disney, with Pixar and Marvel continuing to crank out successes as well. Disney has been successful for decades in creating box-office hits, as well as acquiring high-value franchises that each help to grow, diversify, and drive profits. I'm betting that Disney can continue to do so for the foreseeable future.

Hold on through the headwinds

Disney is definitely going to face headwinds in the next few years, including the continued threat of a pressured cable industry, theme-park competition from the likes of Comcast's Universal Studios and others, and the departure of longtime CEO Bob Iger in 2018 -- posing the risk that his successor won't do the incredible job he has done. Still, Disney is not a flimsy one-hit company that can't weather these headwinds. With the investments Disney has made, and continues to make, the company has plenty of long-term growth ahead.

Disney's stock price decline in the last year means that shares are now trading at less than 16 times forward-looking fiscal 2017 average earnings estimates. That seems like a good price for a well-performing company with so many growth prospects.