It's uncommon for a company's stock to double in a relatively short period of time, but that doesn't mean it never happens. Sometimes Wall Street prices a company's stock for death, but if business picks up, the share price can quickly come roaring back to life. Other times a catalyst like a drug winning FDA approval or a buyout offer can take investors by surprise, sending a company's shares into the stratosphere.

Companies that offer that kind of near-term upside tend to be quite risky, but investors with a strong stomach can make a whole lot of money in a hurry if everything goes according to plan.

With that in mind, here's a list of three stocks that I could easily see doubling from today's prices if everything works out perfectly.

On the surface, there's a lot to like about The Container Store Group (NYSE:TCS). The company is founder-led, has a good brand, is consistently ranked as a great place to work, and promises fast growth as its innovative store concept is rolled out across the country. That's a nice story to tell, which is one reason that Wall Street was feeling quite bullish when the company became public in 2013, and awarded it a premium price tag.

Unfortunately, The Container Store has struggled to live up to these high expectations and has produced a string of disappointing quarterly results since the IPO. Comparable-store sales growth has been very disappointing, and rising expenses have caused profit margins to plunge.

That combination has caused the company's stock to get mauled, and it's now down 85% from its IPO price. 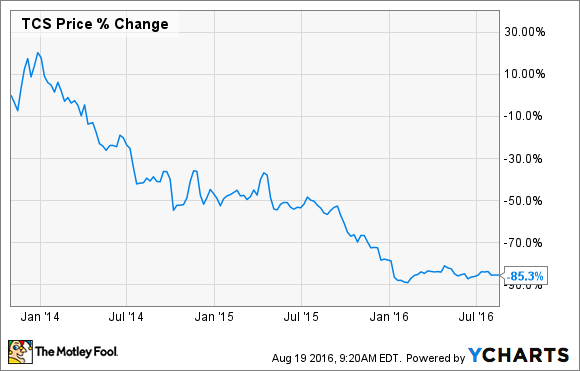 Understandably, management is working to address these issues and has actually put together three straight quarters of same-store sales growth. Sure, it's been extremely low growth off of a depressed base, but it's growth nonetheless, which is an encouraging sign.

Looking ahead, The Container Store is hoping to launch a new customer-financing program that could spur sales of its ultraexpensive closet segment. In addition, the company is planning on experimenting with a smaller store format that could help it enter new markets that otherwise couldn't support a full store. Finally, management is looking to pull back on spending in an effort to boost its margins and grow the bottom line.

For what it's worth, Wall Street believes that the company will be able to steady the ship and return to profitable growth from here. Analysts are actually projecting profit growth of nearly 50% over the coming five years. With shares trading for about 20 times next year's estimates, if the company can pull it off the turnaround, then I could easily see the shares doubling from here.

The sluggish global economy, mixed with jitters over the Brexit vote, has caused companies to rein in their spending on office fixtures. Since Interface's (NASDAQ:TILE) primary product -- carpet tiles that lock into place -- is heavily sold to offices around the world, the company has felt the sting of budgets being cut back.

In each of the last three quarters, Interface's sales have headed in reverse. That's obviously not a good sign, but the company has done an admirable job at maintaining profitability over the weak demand period, thanks to higher margins gained through lower materials costs and pricing leverage. That fact has increased the company's gross margins for six quarters in a row, which helped translate a 6% revenue loss last quarter into an earnings decline of only 3%.  Still, Wall Street remains squarely focused on the top-line declines, which is why shares have fallen by more than 34% over the past year.

Management believes that new-product introductions and a new focus on retail customers will help to turn around the top-line woes and drive sales growth in the years ahead. They are also looking to take advantage of the weak share price by instituting a $50 million share repurchase program.

If those efforts prove to be successful, the company's higher-margin profile should help earnings per share to soar. Analysts are projecting profit growth of more than 33% over the next five years, and with shares trading for only 13 times next year's earnings, achieving anywhere near that level of success could easily result in a doubling of the share price.

Money-losing biotechs that fail to win FDA approval for their lead compound tend to be horrific places to invest, unless they can pull off a miraculous turnaround. I'm not predicting that's going to happen with Portola Pharmaceuticals (NASDAQ:PTLA) anytime soon, but I will admit that there are reasons to be optimistic.

Portola is primarily focused on creating drugs that treat hematologic diseases. Its claim to fame is being the front-runner in the race to create the first Factor Xa inhibitor antidote. Factor Xa inhibitors are a new class of anticoagulant drugs that are rapidly gobbling up market share from legacy bloodthinners like warfarin.

However, while sales of Factor Xa inhibitors are already in the billions of dollars each year, physicians haven't been using them with very sick patients, because there's no quick way to turn off the drug's effect, which can be necessary in emergency situations. Portola's AndexXa promised to change all of that and looked like a sure thing during regulatory review, but the FDA didn't agree and rejected the drug's application, causing the company's shares to tumble. 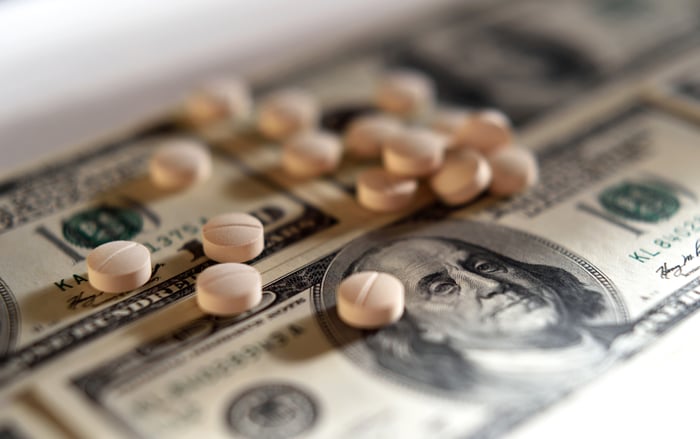 You might think that the story ends here, but it might not, since all of the FDA's reasons for rejecting AndexXa seem fixable. Management believes that AndexXa could even be back in the FDA's hands by year-end, and the drug has also recently been accepted for review in Europe. That gives Portola another near-term shot on goal, and since there's still a huge unmet medical need for the drug, I'd say there's a decent chance of success.

If the company can win approval in Europe and follow up with a successful U.S. submission and approval, it wouldn't surprise me one bit to see shares screaming higher from here. The company's track record is far from perfect, but AndexXa looks like the real deal and it should have automatic demand in a huge market if it can eventually get the green light from regulators. That alone might make the risks of buying Portola's stock right now worth it.

Are any of them worth buying?

I'm personally a conservative investor who likes to buy into companies that have a recent history of winning, so none of these stocks interests me very much right now. That being said, the upside potential on all three of these companies looks quite huge if everything goes according to plan, so if high-risk, high-reward stocks are your thing, I'd argue you could do worse than choosing from this list of companies.