Shares of Interface (NASDAQ:TILE) jumped 15% in early trading this morning after the producer of modular carpet products reported Q3 sales and earnings ahead of analyst estimates. 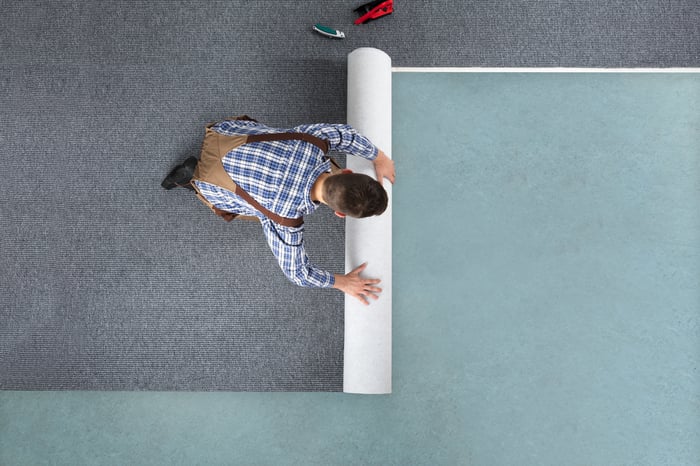 Interface's sales grew 9% year over year in the third quarter, with 2 percentage points of organic growth (as opposed to growth through acquisitions). Earnings as calculated according to generally accepted accounting principles (GAAP) were only $0.45 per share -- less than the company's adjusted figure, but more than triple the $0.14 per share earned in last year's Q3.

CEO Jay Gould attributed the improved performance in part to "robust product innovation," including the introduction of "resilient flooring" which now comprises 25% of revenue volume.

Such innovation will continue, with Gould promising to expand the company's carbon-neutral floors program next year. This year, Interface is doubling down on its promise to deliver total net sales growth of 14% to 15%, with improved adjusted gross profit margins of 39.5% by year end.

Given that Wall Street is only expecting 14.4% sales growth, Gould's prediction appears to promise the prospect of yet another earnings beat (or at least a sales beat) in Q4, which explains further why investors are so happy with today's news.