COO Joe Ianniello goes into detail about its over-the-top business. 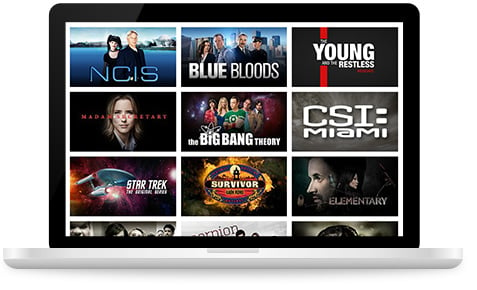 CBS ( VIAC 4.26% ) says it has 2 million subscribers between CBS All Access and its Showtime over-the-top (OTT) product, and they're about evenly split. All Access enables users to live stream CBS, plus access the media company's back catalog on demand, while Showtime operates as an on-demand-only service.

Between the two services, the company hopes to reach 8 million subscribers generating $800 million per year in revenue by 2020, and  early results are encouraging. During the Nomura 2016 Media, Telecom & Internet Conference earlier this month, CBS COO Joe Ianniello went into more detail about how he sees the company's over-the-top services growing.

How it brings in $100 per subscriber

An important part of that 8-million-subscriber goal is that those subs will contribute $800 million to CBS's top line. During the talk at Nomura, Ianniello clarified that the average revenue per subscriber is about the same between CBS All Access and Showtime.

Showtime typically costs $10.99 per month. Subscribers to Hulu or to Amazon's Prime service can pick it up for just $8.99 per month. It seems the majority of subscribers choose to go that way, because Ianniello says the average subscriber nets around $8.25 in revenue per month after Showtime pays its distribution partners Hulu and Amazon.

With CBS All Access, subscribers can only sign up through CBS's app or website. The cost is just $5.99 per month and CBS has to share revenue with local affiliates, but the company is able to generate a significant amount of ad revenue from those customers. All Access subscribers watch twice as much on-demand content compared to other CBS.com visitors, and they have longer viewing sessions. As a result, CBS is able to generate about $4 in ad revenue per user per month and net the same $8.25 per month from All Access subscribers as well.

There's potential for All Access revenue per user to climb higher in the future. Ianniello believes CBS will be able to increase its ad rates in the future, and it's contemplating an ad-free version that would cost more.

Both All Access and Showtime have two big changes coming up that should boost subscriber growth.

CBS All Access will benefit from the addition of original content. It already has deals lined up to produce a new Star Trek series and a spinoff of The Good Wife that will be exclusive to CBS All Access. Ianniello specifically called out the Star Trek series as skewing male, and said it will bring in a "whole new set of subscribers that we don't even have in the base."

With regard to Showtime, the company is taking measures to reduce churn. Since customers aren't locked into contracts with Showtime's a la carte service as they typically are with their cable packages, customers are more likely to leave after a favorite series finishes its run. As such, Showtime is shifting its programming to stagger the launch dates of its original series. The goal is to always have something new for subscribers, so they're less likely to cancel.

Additionally, Ianniello says that bundling Showtime with Hulu or Amazon results in lower churn rates. Showtime may explore additional bundling opportunities in the future, including a bundle of CBS All Access and Showtime. A reduced churn rate could have a significant impact on net subscriber growth.

Platforms built on its own tech

Earlier this year, Disney made a $1 billion investment in BAMtech, the streaming-video business of MLB Advanced Media. The investment valued the streaming-technology company at around $3 billion.

A lot of high-profile streaming services use BAMtech's platform, but CBS isn't one of them. "We launched Showtime OTT, CBS All Access, and CBSN, and did that all in-house," Ianniello told the audience at Nomura. Using its own in-house technology allows CBS to expand its margins as the OTT services scale.

On top of that, it could be developing a tech business to supplement its income. That's exactly how BAMtech got started -- as an offshoot of the MLB's MLB.tv service. Ianniello says that "third parties have come to us ... to kind of white-label and outsource the tech part of All Access."

So, not only has developing its own technology allowed CBS to expand its margins and prevent the need to make a big acquisition like Disney, but the tech could also develop into a profit generator in its own right.