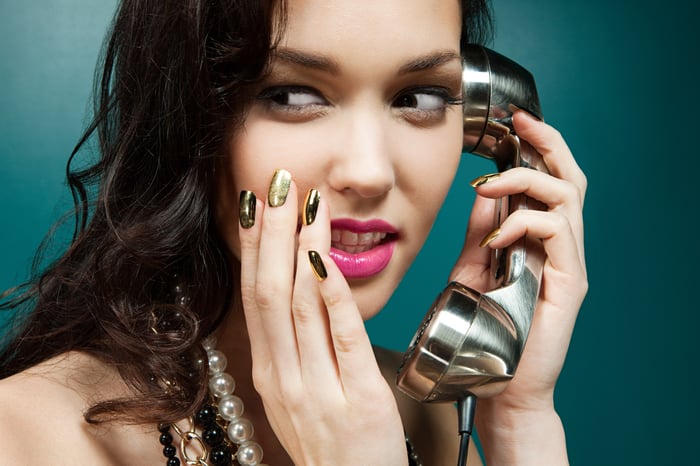 Starbucks (NASDAQ:SBUX) has built its business on the back of its loyalty program.

Customers who visit the coffee chain earn stars for every dollar they spend. Once they amass 30 stars they unlock a treasure trove of benefits including in-store unlimited refills on basic beverages, the ability to earn free drinks, and the ability to win prizes like the company's current "Starbucks for Life" promotion.

A loyalty program is of course not an idea created by the coffee seller nor is it even something unique in the restaurant space. Many chains offer incentives for repeat visits whether it be through relatively high-tech programs like Starbucks' app/rewards card or more basic offerings like a punch card where ordering a certain amount of sandwiches earns the patron a free one.

These programs can not only tip a customer toward repeated visits and away from a rival, they can also be used to incentivize behavior. Starbucks, for example, might offer bonus stars to entice afternoon visits or dole out extra rewards to anyone who tries a new product. The promise of stars can push consumers where the company wants them to go and that's based on the idea of getting as many people as possible on board.

Not all loyalty programs are based on getting as many people as possible to sign up. Some build mystique and intrigue by keeping their programs exclusive or even secret.

Which chains have secret loyalty programs?

Chick-fil-A has a devoted, sometimes cult-like following and in addition to its regular rewards program which offers access to free menu items each month, it has a secret offer only available to some customers.

The chain offers a secret perks program in some of its restaurants on an invitation-only basis. The plan, which entitles participants to free food, private tours, and special events, has been around since 2013, but it's not something many of the chain's patrons even know about.

The company does not offer tips on how to become a member, but Carrie Kurlander, its vice president of public relations, did tell CNBC that its goal is to create a connection between customers and their local store.

"Our founder, Truett Cathy, founded Chick-fil-A with a focus on great hospitality, learning from others who are at the top of their game in the hospitality industry," she said  "Our use of, 'It's my pleasure,' was inspired by Cathy's appreciation of the Ritz-Carlton's service model."

The program, called "A-List" membership, comes with access to an app where invited members can learn about special events and giveaways.

"It's like a local coffee place that knows how you like your coffee," member Brittany Breen told CNBC. "It's more of a personalized experience."

Chick-fil-A is not alone when it comes to secret rewards programs. Dunkin' Donuts (NASDAQ:DNKN) also has a secret, invitation-only offer for its best customers. The coffee and doughnut chain has a "Black Card," which it hands out to loyal customers, frequent visitors, and sometimes just lucky patrons.

"The Dunkin' Donuts Black Card has been around for several years, gifted on occasion to select fans in appreciation for their loyalty and passion for the brand," Lindsay Cronin, a public relations senior manager at Dunkin' Brands, told Business Insider.

Unlike the Chick-fil-A program, the Dunkin' Donuts Black Card may be more of a status symbol than a perks program.

"The Dunkin' Donuts Black Card is not any kind of formal program, but rather a personalized, rechargeable gift card that Dunkin' Donuts occasionally sends to guests as a token of appreciation," Cronin said.

In addition to the Dunkin' and Chick-fil-A programs, another chain, McDonald's (NYSE:MCD) has a less official secret program. Some franchisees for the burger chain have handed out "Gold Cards" to certain customers which entitle them to unlimited food at locations owned by that operator.

Are these programs a good idea?

Secret loyalty programs can build intrigue and buzz around a brand. Both Chick-fil-A and Dunkin' Donuts have loyal customer bases who might be motivated by the concept of gaining access to a secret club. That might lead to extra visits, heavier spending, and a tighter connection to the brand.

This type of program won't move mass behavior in the way that Starbucks' program does, but it can be good for business creating brand awareness and social media conversation. A secret offer with unclear membership criteria can be a carrot and the stick situation. It may keep consumers on the hook, driving more sales while also making a mass-market brand feel more exclusive.