It's been a bumpy ride for 3D Systems (NYSE:DDD) over the last 18 months. During this time, the company experienced a notable slowdown in customer spending, persistent operational struggles caused by its overly aggressive acquisition strategy from previous years, and a number of product quality issues. All told, 3D Systems shares have been cut in half since the start of 2015: 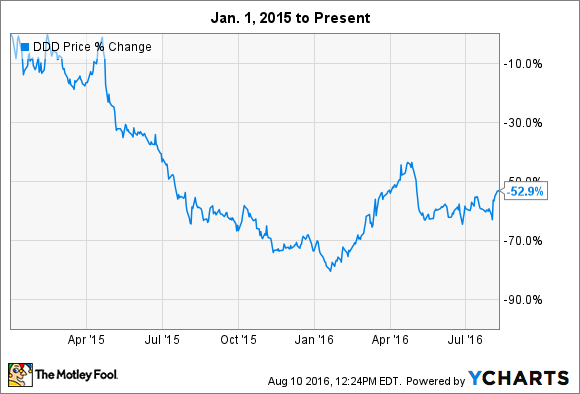 While 3D Systems' stock price would suggest that the company may be serious trouble, the following charts tell more of the story.

The softness in customer spending that started in early 2015 didn't fully take hold until the third quarter of last year, when the company reported an annual revenue decline. The prevailing theory is that customers have too much 3D printing capacity on hand, and it's slowing demand for new printers. 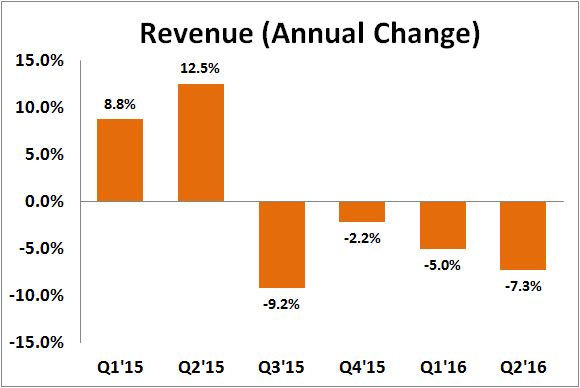 It's worth noting that 3D Systems' diversified business model is lessening the impact of slowing 3D printer demand. For instance, 3D Systems' printer sales fell 30% year over year in the second quarter of this year, yet total revenue only fell 7.3%.

3D Systems' gross margin has improved modestly over the last 18 months. The temporary blip in early 2016 was related to the costs associated with exiting the consumer 3D printing business: 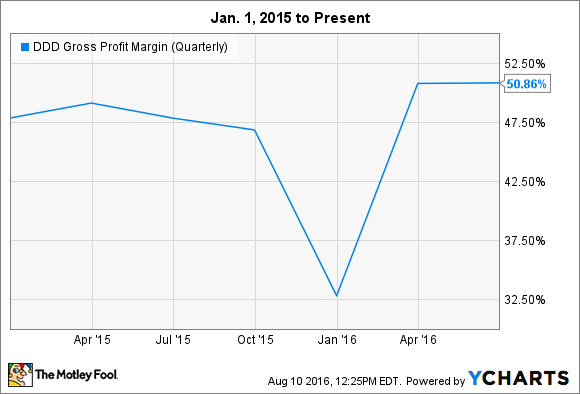 Most recently, 3D Systems' second-quarter gross profit margin increased 300 basis points year over year to 50.9%. This improvement was driven by the company's shift away from the consumer 3D printing market and increased sales of higher-margin materials, software, and healthcare solutions.

Under new leadership, 3D Systems is working to cut costs and improve its overall profitability. During the second quarter, operating expenses fell 20.2% year over year to $80.4 million, primarily driven by lower amortization, stock-based compensation, and research and development expenses. The reduction in operating expenses narrowed its operating loss from $23.8 million last year to $3.7 million this year. 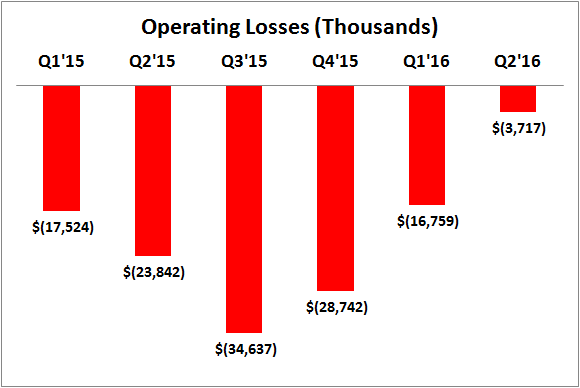 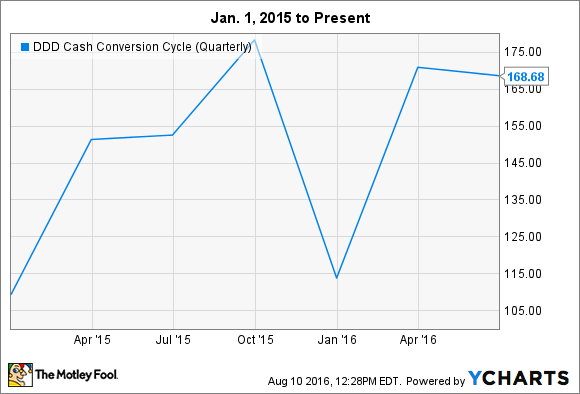 The longer a company's cash conversion cycle, the less frequently it can reinvest said cash back into the business. The major dip at the end of 2015 was caused by a one-time, $27.4 million inventory charge related to exiting the consumer 3D printing business.

Digging deeper, it's clear that slowing sales caused 3D System's inventory to sit on the books for longer periods, which in turn, is keeping its cash conversion cycle elevated: 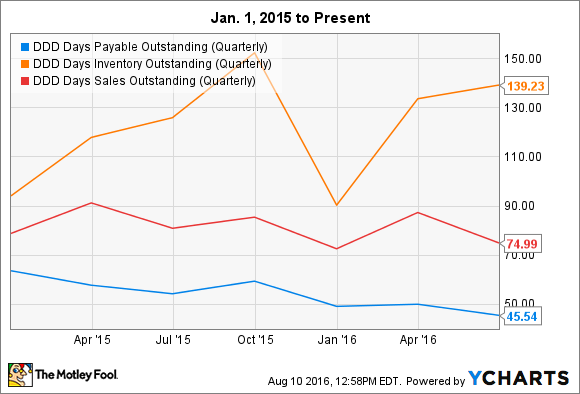 Despite an inefficient cash conversion cycle and ongoing net losses, 3D Systems' cash balance started rising in the last two quarters -- thanks to improved operating cash flow. During this six-month period, 3D Systems generated over $31 million in operating cash flow -- more than enough to cover its cash needs for investing and financing activities: 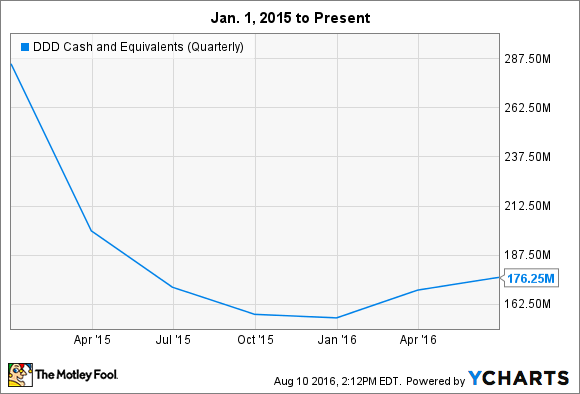 Although 3D Systems has room for improvement, the company isn't necessarily in as bad of shape as a 50% sell-off over the last 18 months suggests. Going forward, if 3D Systems can make improvements in areas that are in its control, which is currently one of management's main objectives, the company's next 18 months may be less turbulent than the past 18 months.