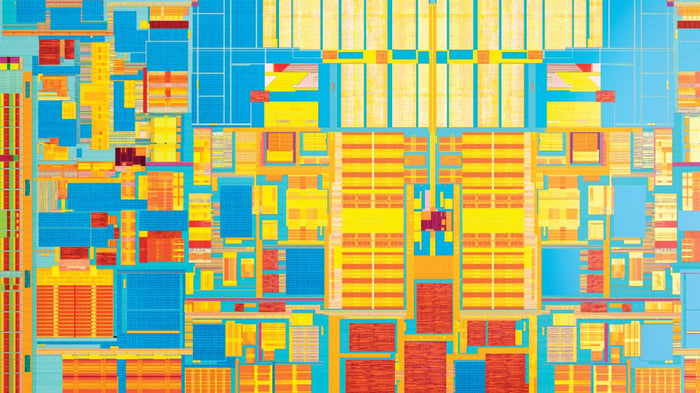 Microprocessor giant Intel (NASDAQ:INTC) announced on its most recent quarterly earnings call that it had begun shipping to customers its next-generation Kaby Lake processor family, which will be marketed as seventh-generation Core processors.

There is usually some lag between when a component vendor like Intel begins shipping parts to computer builders and when those systems are available for sale to customers, so Intel hasn't formally launched the chips yet.

BenchLife.info, which has a reputation for leaking Intel product information well in advance of launch, posted three slides giving product and launch information about Kaby Lake. Let's take a closer look at the information and what it might mean for Intel's business.

In another leaked slide, Intel shows a performance comparison of the new Kaby Lake processors against a comparable prior-generation product. The company claims that performance, at least in CPU tasks, goes up by about 12% in a test known a SYSmark 2014 and 19% in a test known as WebXPRT. These improvements, the slide indicates, are due to both improvements in the company's 14-nanometer manufacturing process as well as optimizations in the CPU design itself.

The slide also says that more than 100 designs based on these processors will arrive in the fourth quarter of 2016, clearly signaling robust adoption of these new processors by system builders.

Although shipments of processors targeted at "2 in 1s and ultrathin notebooks" likely comprise a significant portion of Intel's overall PC processor shipments, there are other high-volume/revenue subsegments within the personal computer market that the chipmaker needs to address.

According to the leak, Intel plans to roll out additional Kaby Lake-based products in Jan. 2017. In particular, the company will put out "additional products for enterprise, workstation, Intel Iris Graphics and enthusiasts [sic] notebooks and desktops."

Collectively, the second wave of products that's coming out in January is expected to enable "additional form factors across hundreds of designs."

Intel is already far and away the leader in processors targeted at personal computers, and with these new Kaby Lake products, Intel should be able to comfortably maintain that position.

Although PC demand seems to be driven by factors largely out of Intel's (and system builders') control, it does stand to reason that if system builders can take these new processors and build more appealing systems, the market may be slightly better off.

In 2015, 58.2% of the company's total revenue came from its Client Computing Group (the vast majority of this revenue comes from sales of PC processors).

Furthermore, given that the average selling prices of the chips that Intel sells for personal computers tend to be much lower than those for servers/data centers (Intel's other major business), it is likely that an even greater proportion of the company's unit scale comes from personal computer chip shipments.

In light of this business reality, Intel needs to do anything and everything that it can to not only maintain its strong market share position in this market but to boost the prospects of the market itself.