Six months ago, Credit Suisse made a bold prediction: Brazilian oil major Petrobras (PBR 2.32%), whose stock at the time was selling for $3.60 a share, would lose nearly half its value to the plunging oil market, and fall as low as $2 a share. Accordingly, the analyst advised investors to sell the stock.

But instead of falling, Petrobras stock nearly tripled in value, rising to a recent high of $9.40 per share.

And so today, Credit Suisse is finally throwing in the towel. Announcing an upgrade from underperform to neutral, the Swiss analyst grudgingly set a new price target of $8.60 on Petrobras shares (still $0.80 below what they sell for today), and admitted there's at least one scenario in which the stock could conceivably be worth buying. 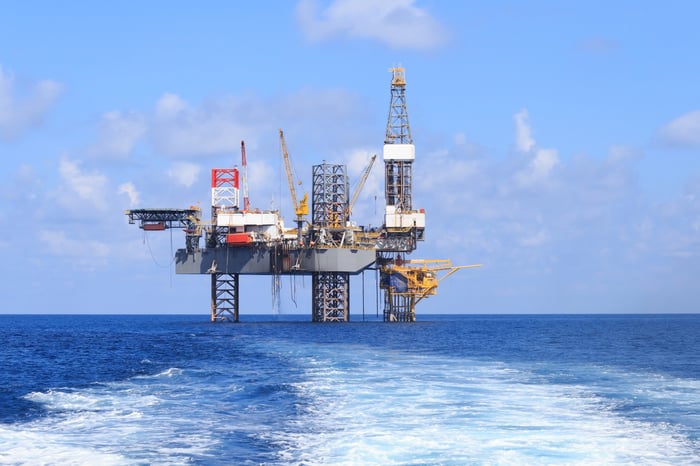 Petrobras divesting $43 billion worth of its assets "at a premium to fair value," attracting $91 billion in new funding, cutting operating costs "by $12bn," and capital spending "by $15bn in four years," raising fuel prices 10% above the cost of imported fuel, halting the devaluation of Brazil's currency, hitting production targets by 2020 (but at the same time, eliminating new project starts), avoiding any cash-draining legal settlements, and finally -- doing all of this "at the same time."

That is a lot of things that Credit Suisse thinks need to go right -- and there's no guarantee at all that they will go right. But now that oil prices have bounced off their lows, there's a bit of good news for owners of Petrobras stock: If all 10 of the things listed above go right, then the stock could be worth $8.60 a share.

Here's why: According to the analyst, for Petrobras to be worth more than twice what it says the stock was worth six months ago, one final thing must happen (so now we're up 11 things!), and this one is a doozy.

For Petrobras to be worth buying, warns the analyst: "We believe it still depends on oil prices rebounding to above $80 for upsides to be material ... it becomes a macro call at this point, dependent on higher oil prices."

Final thing: So abandon all hope?

While investors have happily bid up Petrobras stock in recent months, the fact remains that Petrobras hasn't earned a penny's worth of profit in 2.5 years. Worse, its losses are growing, with trailing-12-month losses recently approaching $13 billion. But that doesn't necessarily mean that the stock is not worth owning.

Consider: According to data from S&P Global Market Intelligence, although Petrobras reported $13 billion in losses under GAAP accounting standards, it nonetheless generated positive free cash flow (FCF) over the past 12 months -- $7.4 billion worth. Moreover, Petrobras was FCF-positive last year as well, generating positive full-year cash profits for the first time since 2007.

Granted, the stock's massive debt load, when combined with its market capitalization, gives Petrobras an enterprise value (EV) of $159 billion today, and an EV/FCF ratio of 21.4, which is not cheap. But that's largely a factor of low oil prices. Any improvement at all in oil prices -- much less the $30 improvement that Credit Suisse hopes to see -- would likely do wonders for Petrobras' cash production numbers, and make the stock look cheaper as a result.

For that matter, selling off underperforming assets, raising capital to pay down debt, cutting capex -- any one of the 10 other things that Credit Suisse put on its wish list six months ago -- could go a long way toward making this stock more attractive to investors. It simply isn't true that all 10 (or 11) things have to go right. A couple should be plenty to do the trick.

And here at The Motley Fool, we'll be watching to let you know when they happen.