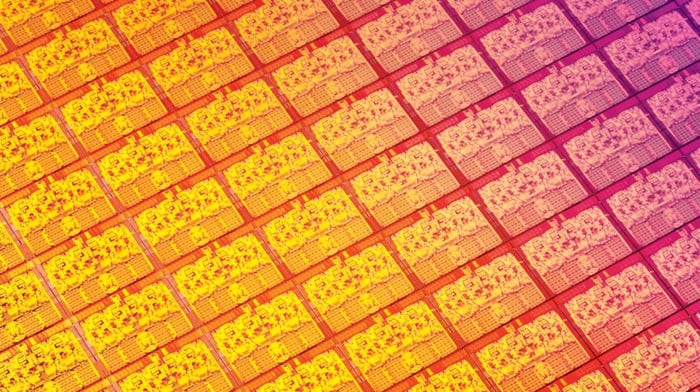 Microprocessor giant Intel (NASDAQ:INTC) seems to be getting more serious about becoming a contract chip manufacturer. At its recent developer forum, the company went into quite a bit of detail about its efforts in this space.

Traditional contract chip manufacturers tend to service a very broad range of customers across many different industries, whereas Intel's focus appears to be more specialized, targeting two segments in particular.

The first area Intel wants to target is the market for mobile-oriented processors. The company axed its entire pipeline of Intel-designed mobile applications processors earlier this year (though one Intel exec indicated that the company may eventually be back), so this looks to be Intel's workaround to win a piece of the mobile market.

According to Intel, China-based smartphone chip manufacturer Spreadtrum "is designing on Intel's 14 [nanometer] foundry platform." Strategy Analytics says Spreadtrum ranked fifth in terms of worldwide smartphone applications shipments in 2015, though how much of Spreadtrum's volume can eventually move over to Intel remains to be seen.

Additionally, Intel and smartphone manufacturer LG announced that the latter will be building a "world-class mobile platform" on the former's 10-nanometer chip manufacturing technology.

It will be interesting to see how those partnerships play out (chips based on these partnerships have yet to ship) and whether Intel can secure additional, high-volume wins over time.

The second major segment Intel is targeting with its foundry efforts is the network infrastructure market. The company is going after this market organically with its Xeon and Atom-based networking processors, and according to CEO Brian Krzanich, it has grown its share of this market to "over 10%".

In a presentation, Intel cited two examples of network infrastructure wins for its foundry efforts: an FPGA from Achronix Semiconductor and a networking chip from a company called Netronome. Both of these wins were on Intel's 22-nanometer manufacturing technology.

Going forward, I don't see Intel manufacturing products that directly compete with its Xeon/Atom product lines in this market. However, products such as networking switches, chips targeted at wireless base stations, and others could potentially be fair game. Intel actually has offerings in many segments of the networking market, but it may be more open to manufacturing competing chips as these aren't major revenue or profit drivers for the company to begin with.

A reasonable strategy, but will it pay off?

At the end of the day, it makes sense for Intel to serve as a contract chip manufacturer for companies focused on areas where Intel doesn't offer its own products or has relatively low market share. Such work should allow Intel to capture incremental revenue and profit at reasonable margins -- Intel executives have indicated in the past that its foundry business will carry margins largely in-line with the corporate average -- an obvious positive for Intel and its stockholders.

That being said, before investors go crazy about the potential opportunity, it's worth noting that Intel faces very intense competition here, mainly from Taiwan Semiconductor Manufacturing Company, as well as from Samsung, Global Foundries, and other players. In fact, TSMC is the largest player in this market by far and is expected to bring in more than $28 billion in revenue this year and more than $30 billion the following year. Its market share in 2015 was over 54%, according to market research firm Gartner .

The revenue opportunity in the contract chip manufacturing business is attractive, but in order for Intel to make meaningful headway, it's going to have to grab share from TSMC and maintain it -- something that other competitors have found to be quite challenging.

With this in mind, it'll likely be a couple of years before we'll have a good idea of whether Intel is on track to build its foundry business out to be a significant revenue contributor, or if all of these announcements amount to not much more than PR fluff.