A fresh leak reveals some of the key details behind the next generation of these iconic smartphones. 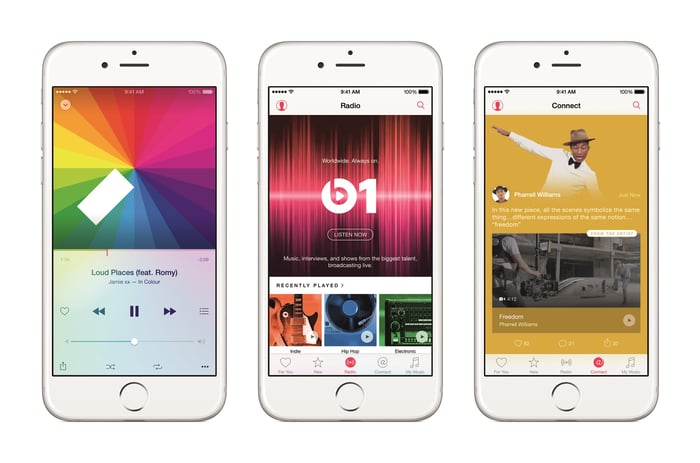 Apple (AAPL 4.08%) is expected to launch its next generation smartphones, the iPhone 7 and iPhone 7 Plus, in just over a week. And while some details behind the new devices have managed to leak into the public domain, there is still a fair amount of mystery surrounding the upcoming offerings as well.

But thanks to a new leak found on Chinese micro-blogging website Weibo (via Apple Insider), a few more specifications have been revealed. Let's take a look at the new details and what they could ultimately mean for the performance of the new iPhones in the marketplace.

The iPhone 7 will reportedly sport a 4.7-inch display, consistent with the iPhone 6 screen size from 2014. This supports numerous reports that Apple would not introduce a significant form factor change with this latest generation. The display will also sport a resolution of 1334 pixels by 750 pixels, meaning no improvement from the iPhone 6 or its successor, the 6s.

The phone will apparently sport two gigabytes of LPDDR4 memory, similar to what is found inside of the iPhone 6s -- whether it will be higher speed LPDDR4 remains to be seen.

The battery should get a boost to 1960 mAh, a solid improvement from the 1715 mAh battery found in the current generation 6s and 1810 mAh battery in the older iPhone 6. Improved battery life is always something important to smartphone users, so this could end up being a particularly important selling point.

Finally, the rear-facing camera is expected to see a boost in performance, thanks to a wider f/1.9 aperture and larger sensor. These improvements should mean higher quality pictures, especially in low-light scenarios.

Inside the iPhone 7 Plus

Like its smaller sibling, the iPhone 7 Plus is unlikely to surprise consumers and industry followers. According to the new leak, it will also retain the same display size and resolution as its predecessor -- 5.5-inches at a resolution of 1920 by 1080 pixels.

Battery capacity will reportedly enjoy a small increase to 2910 mAh, up from 2750 mAh. If these reports prove accurate, the 7 Plus battery will actually be a little smaller than what was found inside the original iPhone 6 Plus.

The iPhone 7 Plus will feature three gigabytes of LPDDR4 memory (as predicted by KGI Securities analyst Ming-Chi Kuo some time ago). And last but not least, the iPhone 7 Plus camera will apparently have dual sensors (as widely rumored), each with an f/1.9 aperture. Image quality should be solidly improved over what the iPhone 6s Plus offered.

Will these improvements be enough?

At this point, Apple has one job: to build products appealing enough to get current iPhone owners to upgrade to newer models and to encourage as many Android users to switch over as possible. But will these phones be enough to achieve this goal?

In terms of hardware performance and features, the iPhone 7/7 Plus should represent noticeable upgrades from the older iPhone 6 series of devices across the board.

And besides solid improvements over the prior generation models, the iPhone 7 series should stack up well relative to the competition with leading processor performance, best-in-class camera performance (the dual camera model might be particularly appealing to budding photographers), and excellent wireless (both Wi-Fi and cellular) performance relative to competing Android offerings.

The only area where Apple might lag is the display, particularly on the iPhone 7 whereas the 7 Plus should be strong enough. But as long as Apple has made advancements in overall display performance such as in color accuracy, contrast, and so on, I expect both phones to offer competitive display performance as well.

Whether Apple will be successful in actually marketing and selling all of these enhancements to the average consumer, however, is hard to tell at this point. The key metric for investors to watch is the number of iPhone 7 devices sold during the first weekend of availability. If early demand shows growth from 2015 levels, then that could bode well for the rest of the product cycle. If early demand is relatively weak, then investors can take that as a sign that these improvements simply weren't enough.