The company is expected to launch its Daydream VR platform soon -- and it could usher in the mass adoption of mobile virtual reality. 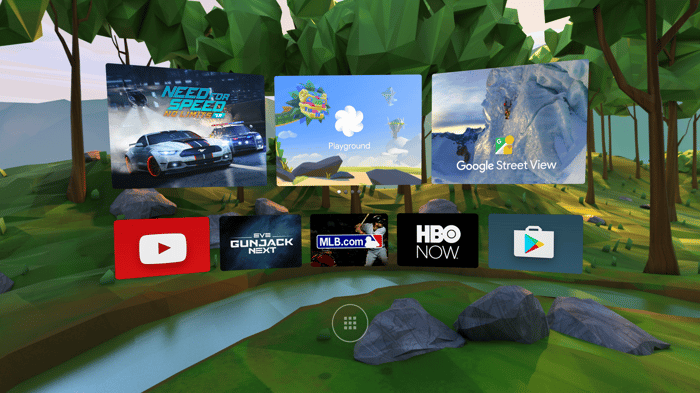 Virtual reality (VR) has quickly propelled itself into the mainstream this year. Facebook's Oculus launched its Rift headset, while Sony is releasing its own VR headset this fall and is already partnering with hundreds of content creators to make VR games. Meanwhile, NVIDIA (NVDA -4.20%) recently launched three new notebook graphics cards that are all VR-ready and come within 10% of their desktop counterparts in performance.

In all the excitement, the VR play coming from Alphabet's (GOOG -0.27%) (GOOGL -0.21%) Google has slid a little under the radar. Google's upcoming Daydream VR platform and services hub is reportedly launching in just a few weeks -- according to Bloomberg -- and it could do more for VR this year than any of the above product launches combined.

Daydream was announced at Google's I/O conference back in the spring. The goal behind Daydream is to create one main hub for mobile VR users to access video content and apps made specifically for their devices, meaning it's both a type of platform that will run VR content and a place to access the content. A recent update to Google's latest Android OS, Nougat, adds Daydream compatibility.

Google is investing a lot to make Daydream a success. The company is paying content creators from YouTube and other sources hundreds of thousands of dollars to create VR content. It's also partnered with Hulu, HBO, the game-maker Ubisoft, and the MLB and NBA to bring content to Daydream. All of these partnerships will create a foundation for Daydream as it expands into a mobile VR superstore.

The Bloomberg article said that Daydream will be "... a hybrid store and software service that Google hopes will be the dominant way people engage in virtual reality, much like Android is for smartphones."

If Daydream is to VR what Android is to smartphones, then Google will certainly be the biggest virtual reality winner this year.

It's not hard to imagine Google dominating this space, either. The company may not get the same VR attention as the headset makers, but the success of virtual reality will come from easy access to good content at low costs.

Virtual reality has neither of these right now. NVIDIA said earlier this year that just 1% of PCs are VR-ready, while a high-end Oculu's Rift headset costs $600.

Instead of going the high-end VR route, Google has convinced smartphone makers to make some of their upcoming devices Daydream compatible. It's also either releasing (or helping to develop) a more inexpensive mobile VR headset that you can slip those Daydream-ready smartphones in to.

Samsung has already made a similar move with its Gear VR headset of course, but Google's approach seems to bring device makers and content creators together to provide one comprehensive VR experience. Google has also developed a controller that mobile users will be able to use along with headsets as well.

Of course, we don't yet know how well Google will pull this all off. The content that launches with Daydream could be poorly made or uninteresting, and the games could be subpar.

But the potential is undeniable. Google wants to be the destination for mobile VR, and to date no other company has focused on bringing apps, games, and content into one easily accessible location for potentially millions of smartphone users.

The combined virtual reality and augmented reality (think Pokemon Go) market is expected to balloon from just $5.2 billion this year to $162 billion by 2020, according to IDC.

As with mobile, Google will likely make its VR revenue from content sales and advertising, not from hardware, and that could take time as Daydream develops. But if and when Daydream launches in the coming weeks, it'll be the first major step in bringing mobile VR to the masses -- and there's no better company to do it than Google.