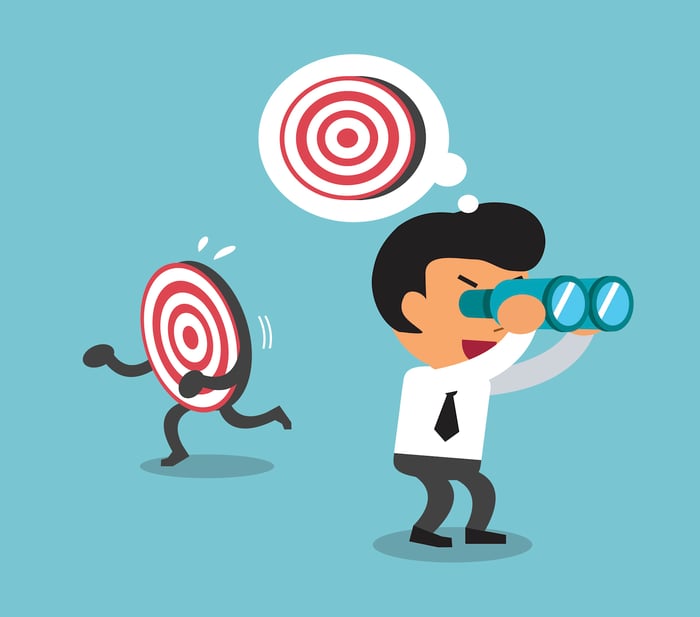 Shareholders of Hain Celestial (NASDAQ:HAIN) have had a rough week. After the company announced it was indefinitely delaying its earnings release, the stock slumped over 30%. Since then, the ambulance-chasing lawsuits have commenced, and talking heads are focused on whether the benign error in the "timing of the recognition of revenue," is the smoke signaling a much bigger fire.

But there's a much bigger story taking place here, and it only has tangential relevance to accounting errors: The fundamental thesis behind Hain-Celestial-as-a-growth-stock is falling apart before our eyes.

After years of being a shareholder of Hain, I decided to sell my shares in early 2016. My reasoning was simple: I wasn't a fan of the company's growth-via-acquisition strategy. One key posting by a former employee on the job review site Glassdoor.com caught my eye.

The reviewer said that Hain is essentially where "good brands go to die." In it, the individual explained that Hain looks to acquire successful natural/organic brands that have differentiated themselves. But once acquired, the brands become commoditized in the worst way possible: Hain management squeezes every last bit of short-term profitability out of them. Unable and unwilling to devote the resources necessary to nurture these brands organically, they have a slow death.

Interested by this perspective, I went back and looked at the company's growth trends. Taken at face value, they are impressive.

When you run the numbers, this equates to an average growth rate for revenue and income of 22% and 32%, respectively -- again, very impressive.

But then I started to dig, looking specifically for "organic" growth rates. In other words, if we backed out the revenue growth that came via acquisition, how much would sales have grown? The results weren't nearly as good.

For instance, over the past two years, revenue has grown by about 25% each year. But according to conference calls, organic growth rates in the United States -- the only region where they break out figures -- was between 7.5% and 8.5% each year. That's not bad, but it's a far cry from the type of top line growth that makes the headlines.

Equally troubling, upon examining the company's balance sheet I noticed that Hain carries Goodwill of $1.2 billion on its balance sheet. To put that in perspective, that's over one-third of the company's total assets and equal to over 30% of the company's market cap. The problem, for those unfamiliar with "Goodwill," is that this simply reflects cash paid for acquisitions -- not any cash in the bank or actual hard asset.

After reading this, I'm left wondering what sustainable competitive advantage -- or "moat" -- Hain actually has. As we've already seen with Whole Foods' (NASDAQ:WFM) recent struggles, the strength of a brand in organic and natural foods is flimsy at best. The industry is so young and changing so fast that many shoppers aren't married to a particular provider.

That's because there's very little middle ground: For those on the low end that just like to "buy organic," the lowest cost provider will win out. On the other end, where consumers want to know the history of what their consuming, getting food from a multi-national corporation is the antithesis of what they're after.

While I don't think we should draw any rash conclusions from Hain's announcement last week, I think it's safe to say the company is having trouble moving its product. The entire reason for the delay was because concessions were being given to distributors, and this usually happens when sales come in below expectations.

Where that leaves us

I actually think Hain still has a long way to fall before I'd consider it a bargain. Currently, it trades for 19 times trailing earnings. That's less than the market as a whole, but consider if it deserves that multiple when:

I wouldn't be willing to pay for that, and I think investors who think they're getting a bargain after the price drop should carefully consider all the factors -- not just the accounting error that might end up being noise -- before buying shares.