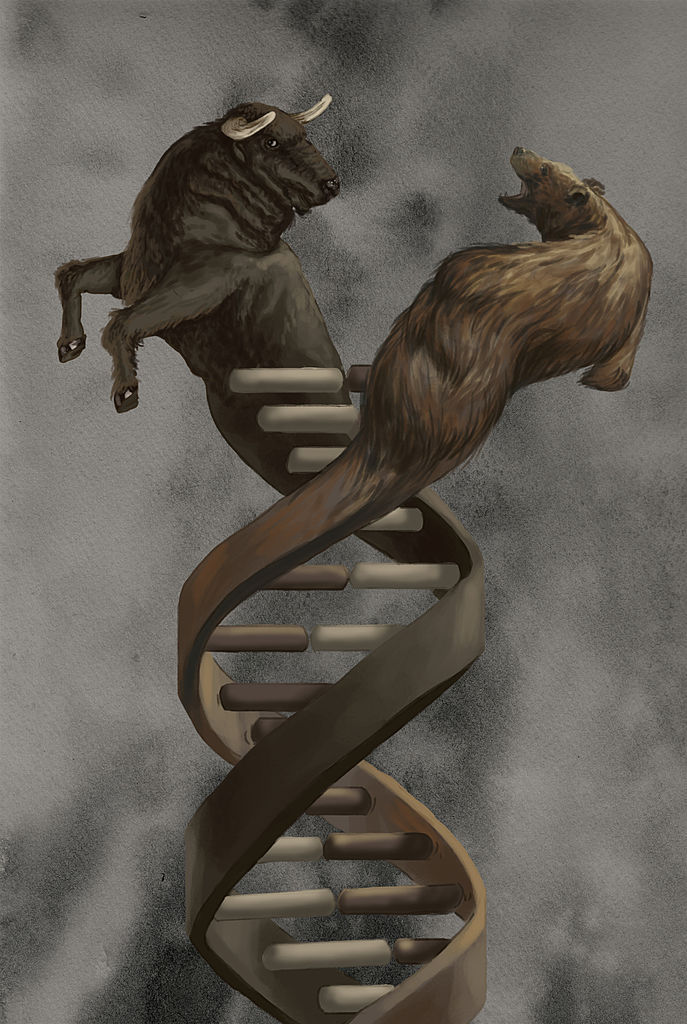 Thermo Fisher Scientific (NYSE:TMO), with its $60 billion market cap, has been on a buying spree to grow its diagnostics capabilities the past few years. So it's no surprise that it is reportedly now planning to pony up $30 billion for what could be the biggest prize of all in diagnostics -- gene sequencer Illumina (NASDAQ:ILMN).

Mountain-sized grain of salt in order

The original report came from TheStreet.com and cites an unnamed individual as a source. Multiple financial news channels have repeated the story since then, but investors should be forewarned it could still be mere wild speculation. (In fact, that's highly likely.)

But whether the report pans out or not, there's reason to pay heed. For one thing, a bidding war could reignite Illumina's stock, which has lost momentum after a strong run from 2012 to 2015. Second, Thermo Fisher has proven to be an aggressive acquirer, and it suggested in March that it could be gearing up for another deal.

Before anyone gets excited, however, what are the chances such a deal could bring a positive outcome for shareholders in either company? Here are three reasons for skepticism, followed by some ways the takeover report might still engender some upside in genomics stocks.

Reason 1: The math doesn't add up

A $30 billion offer equates to an Illumina stock price of around $200. That's only a 20% premium to Ilumina's current market cap. This stands significantly below the 38% premium Thermo Fisher paid for Life Sciences when that bid was made back in 2014.

Illumina had revenue of $2.2 billion last year. Despite the lagging performance of the stock, the company has more or less been crushing all who dare to challenge its supremacy in gene sequencing for years. In addition, it has recently launched an initiative, called GRAIL, which it believes may lead to a $20 billion opportunity in cancer diagnostics. While a company can bid whatever it wants in an acquisition deal, starting with a seriously low-ball offer makes a future deal more unlikely.

Illumina already has a near-monopoly in the gene-sequencing market, so it's almost certain the proposed megamerger would bring heavy antitrust scrutiny. Worse, the merger would unite Illumina with Life Technologies, its former only significant competitor. Life Technologies was Thermo Fisher's last major purchase, to the tune of $15 billion.

In short, it seems likely federal regulators would not believe such a deal merits approval. Gene sequencing has revolutionized the study of biology and clinical diagnostics, and regulators would almost certainly take a dim view of one unified company assuming a stranglehold on such an important field.

Reason 3: Forget about "synergies," overlapping products would cannibalize each other

The success of mergers and acquisitions varies considerably, depending on the sorts of similarities that exist between the participants before the merger takes place.

In the case of Illumina, the company's installed base of sequencing instruments is estimated to be nearly 75% of the market and growing. In particular, Illumina completely dominates the high end of the instrument market -- high-throughput sequencers. The company could be said to have a "moat" in this part of the sequencing market, due to the high switching costs and various advantages in the superiority of its instruments. .

In short, a merger would lead to these competing product lines eating into each other's current markets.

Where there could still be some upside

While the megamerger looks like a nonstarter, that doesn't mean Illumina shareholders couldn't see some follow-on action. M&A activity usually follows a herd mentality, so it's possible that Roche Holdings, which tried to acquire Illumina for $6.7 billion (but Illumina fended it off -- and has quadrupled in size since then) might express interest in the company again.

There's no current report that the Swiss pharma is sniffing around Illumina again. But Reuters reported that Roche made an overture to its much-smaller competitor Pacific Biosciences of California in February. Roche and Pacific Bioscienes have a 3-year-old partnership for the development of products using gene technology, but this time the goal was reportedly a takeover. The latest talks ended over disagreements about price.

Meanwhile, other rumors have been flying that Illumina is doing some of its own deal making. Supposedly, there's been speculation that Illumina will make a bid for molecular diagnostics company Exact Sciences. Exact Sciences has a DNA-based colon cancer screening test that is ramping up so fast, its revenue leapt last quarter 160% over the year-ago quarter.

So what's an investor to think with so many different M&A rumors hitting the radar at once in the gene-sequencing space? The big thing to realize is that any of the rumors are not necessarily true. But they might be pointing to something else. Keep your eye on these stocks, because something seems to be afoot.