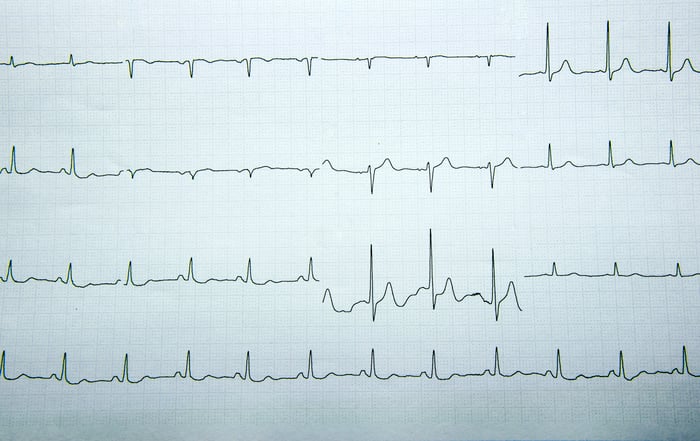 Cytokinetics (NASDAQ:CYTK) is down 13% heading into the closing bell Thursday after announcing plans to start a phase 3 clinical trial for its heart medication omecamtiv mecarbil.

A biotech advancing a drug into late-stage development usually receives more cheers than jeers from investors. And that goes double when the company has a partner signing off on the move, as Cytokinetics does. Amgen (NASDAQ:AMGN) is running the phase 3 trial in collaboration with Cytokinetics.

And at one point Thursday morning Cytokinetics was actually up more than 7%, but it quickly turned negative on the day and hasn't recovered.

Some of the decline is probably due to the typical sell-the-news traders. Even with the decline, Cytokinetics trades more than 60% higher than it did six months ago.

Investors might also be worried about a lack of mention in the press release about a Food and Drug Administration Special Protocol Assessment (SPA). Amgen's management previously disclosed that it requested an SPA. When the FDA gives an SPA, the agency is agreeing that a company's clinical trial design is sufficient to get its drug approved.

Not mentioning an SPA doesn't mean that Amgen and Cytokinetics don't have one, although it would be a little weird to leave it out of the press release. It's also possible that the companies are working through the final details of an SPA with the FDA; the clinical trial isn't scheduled to start until the fourth quarter.

Even if Amgen and Cytokinetics don't have an SPA, it's not the end of the world. Sometimes there are too many variables and the agency doesn't want to commit to a simple "if the trial shows this, we'll approve the drug." In fact, an SPA comes with the caveat that the FDA doesn't have to honor it if new information comes to light during the phase 3 program.

The potential uncertainty of what's required for approval adds a little more risk, but the companies have consulted with the FDA, so they're certainly putting together the best possible design for a trial to get omecamtiv mecarbil approved.