Please ensure Javascript is enabled for purposes of website accessibility
Log In Help Join The Motley Fool
Free Article Join Over 1 Million Premium Members And Get More In-Depth Stock Guidance and Research
By Adam Levy – Sep 2, 2016 at 10:00AM

It depends on what investors prefer: Stable cash flows and a growing dividend, or a swelling subscriber count? 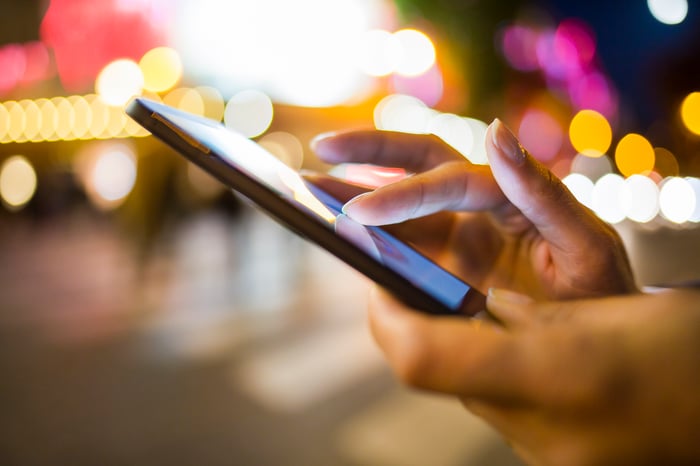 Not a lot of consumers are shopping around for a new wireless carrier these days, but if you're looking to invest in one, Verizon Communications (VZ 1.66%) and T-Mobile US (TMUS 2.62%) are your two best options. Both carriers have consistently added valuable postpaid subscribers during a period of fierce competition among the four major wireless service providers. And while T-Mobile is a pure-play wireless carrier, Verizon offers more diversity with its wireline and digital media/advertising businesses.

Here are a few things for investors to consider when determining which is a better buy.

Over the last 12 months, Verizon and T-Mobile have each added around the same number of postpaid connections -- a bit over 4 million. Postpaid subscribers pay their bill after the service has been rendered, are more creditworthy, and are generally considered more valuable.

T-Mobile is certainly priced for growth with a P/E ratio floating around 36. Verizon, by comparison, is priced at less than 15 times its trailing-12-month earnings.

Indeed, analysts are expecting a big jump in earnings from T-Mobile next year, and if you compare earnings ratios based on 2017 earnings expectations, the gap closes quite a bit. T-Mobile's 2017 P/E ratio is about 23, while Verizon trades for 13 times estimates for next year.

Verizon's free cash flow allows it to support its dividend and continually increase it year after year. Verizon's management has increased its dividend for nine straight years, with an average increase of 2% to 3% over the last few years. Still, its dividend payout ratio is a manageable 63%, making it an attractive option for dividend growth investors.

Investors looking for growth and a pure play in the U.S. wireless industry should buy T-Mobile. It's by far the fastest-growing carrier and it's investing heavily to continue growing more than the competition. That means it's unlikely to start paying a dividend anytime soon, but investors could reap the benefits of capital gains.

The matter of which is a better buy really depends on your portfolio strategy. If you're in growth mode, T-Mobile likely fits your needs. If you're looking to round out a dividend portfolio with a telecom company, no other telecom provides a better dividend than Verizon.