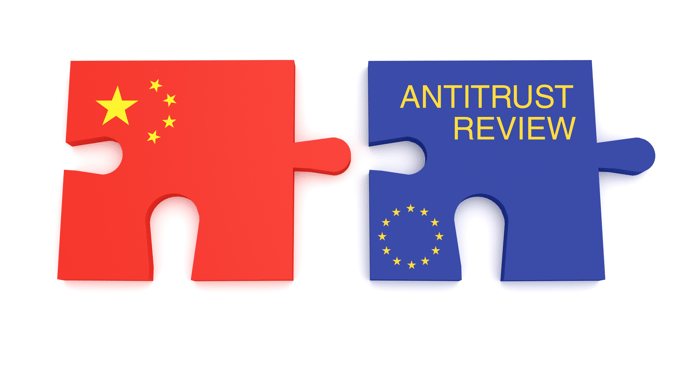 NXP Semiconductors (NASDAQ:NXPI) is selling its standard products division to a consortium of China-based investors. It's an important deal, designed to raise $2.75 billion of cold hard cash to reduce NXP's hefty debt balance. On Thursday, the deal passed a review by Chinese regulators that easily could have derailed or delayed the whole transaction.

The Chinese Ministry of Commerce, or MOFCOM, has given its stamp of approval to NXP's divestiture. Chinese investment firms Wise Road Capital and Beijing Jianguang Asset Management have thus moved one step closer to owning NXP's industry-standard chip operations, and the deal is expected to close in early 2017.

The transaction passed a similar review by the U.S. Federal Trade Commission in July, as the FTC waived the Hart-Scott-Rodino waiting period. NXP is still waiting for clearance from the European Commission and a smattering of smaller customary closing conditions, but things are looking up.

Regulatory reviews are never slam-dunk shoo-ins. Many a merger has stumbled on antitrust and anticompetitive concerns, especially in the hypercompetitive tech sector.

In particular, MOFCOM has not been especially generous toward proposed mergers recently. The agency is cracking down on business combinations not supported by timely paperwork filings. This attitude has blocked or delayed several deals in recent months.

For example, Dell's pending $67 billion buyout of data storage expert EMC (NYSE:EMC) was held back by MOFCOM in mid-August. The companies had to refile their Chinese antitrust review papers, after running out the clock on a MOFCOM review that started in February. The companies did complete their paperwork, and the Dell/EMC merger is now set to close next week. Still, this was MOFCOM flexing its muscles in public, and it was enough to give NXP investors hiccups.

Clearing this difficult hurdle must be seen as a significant move forward.

The Chinese investors plan to relaunch NXP's standard products business under the Nexperia name. The new name comes from NXP's Nexperia line of digital video processors, which saw the light of day nearly 20 years ago.

Back then, what we know as NXP today was the semiconductor division of Dutch consumer technology giant Philips (NYSE:PHG). When NXP spun out from Philips, it tied its own name tightly to the Nexperia product line. But things have changed, and Nexperia is no longer central to NXP's business operations. The new NXP leans much closer to digital security solutions and automotive computing, and video processing has become a low-margin distraction.

So it's time to trade the Nexperia legacy in for some much-needed debt reductions. Assuming that this deal passes muster in the European theater, NXP's strategic refocusing process will be nearly complete.