If you have money left after your summer vacation, here are suggestions for where to invest it.

Summer is coming to an end, and leaves will be starting to turn as temperatures fall. But nothing can cool our zeal for finding great stocks. So we asked five Motley Fool contributors to each pick a stock they believe investors would do well to buy in the month of September. Read on to see which companies they chose and why.

A great way to "school" the market

Steve Symington: As college students around the country head back to school, I think investors would be wise to pick up shares of online education platform specialist 2U Inc. (TWOU 6.44%). 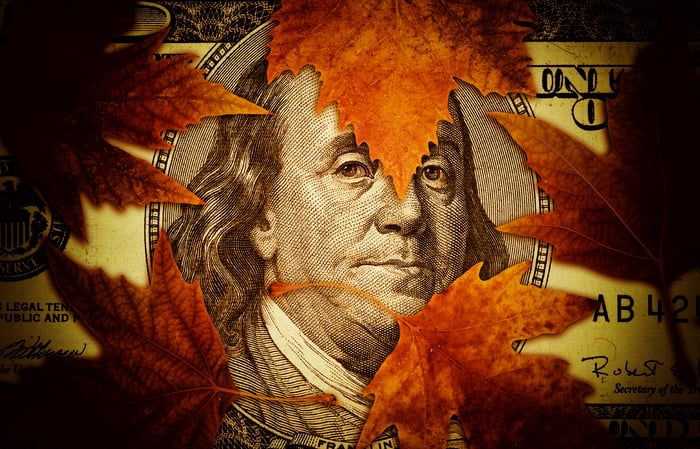 I had the pleasure of interviewing 2U CEO Chip Paucek shortly after the company went public in 2014, and I was impressed at the time with his insistence on focusing on the "long-term correlation between [2U's] financial success and the university students' outcome." Unlike the massive open online courses with which many people are already familiar -- and which tend to reinforce the preconceived notion that online education is inferior to its bricks-and-mortar counterpart -- 2U's courses are much more intimate, with an average class size of 12 people, and with most programs requiring some sort of physical component to complete the degree.

Incidentally, shares of 2U have nearly tripled since I first spoke to Paucek, as the company continues to roll out new programs. As of last quarter's call, 2U had announced just eight of the 21 new programs it expects to launch in 2017 and 2018, with the list most recently expanding in April to include a hybrid Juris Doctor degree with Syracuse University College of Law.

In the end, as long as 2U continues to successfully roll out new programs and remains on its steady path to profitability, I think more market-trouncing returns are in store for patient long-term investors willing to watch its growth story continue to unfold. Now looks like a good time to buy.

Hot growth, even with the market having cooled on it

Jason Hall: Starbucks (SBUX 2.77%) shares are down about 10% from their peak in late 2015, but this is more a product of Mr. Market having lost his appetite for the company than a lack of execution by the global coffee giant. When Starbucks last reported earnings in July, profits were up 20%, and revenue climbed 7%. The catch? Starbucks' top-line revenue growth actually masked a stronger performance, since the company sold a big chunk of its European stores to a licensee in the quarter. Sales in North America were up 7%, China/Asia Pacific revenue increased a strong 18%, and channel development, the segment that deals with Starbucks products sold outside of Starbucks stores, increased 9%.

And there's still huge growth ahead. Asia generates less than 15% of revenue, for instance, and channel development makes up less than 9% -- and these are two of the fastest-growing (and most profitable) segments of the company today.

Bottom line: Starbucks remains an excellent business with wonderful growth prospects, and it's selling at a better value point right now than it was only a few months ago. It definitely belongs on the list of top stocks to buy this month.

Jump in on a longtime winner

Dan Caplinger: Tobacco giant Altria Group (MO 1.13%) isn't the highest-growth prospect on this list, but it has a track record of past success that every other pick would be happy to aspire to. Over the past half-century, Altria has generated roughly 20% average annual returns, with a combination of dividend growth, price appreciation, and smart investments panning out well for long-term shareholders.

What makes buying Altria particularly timely now is that the company just announced the latest in its long string of dividend increases. As of its next quarterly payment, Altria will pay its investors $0.61 per share, which is up 8% from the company's previous dividend. Going forward, that will give Altria a dividend yield of 3.7%. Moreover, the increase marks the 50th time it has made a dividend hike since 1969, and when you ignore the impact that spinoffs have had on how much it pays, the latest boost marks the 47th straight year in which Altria has increased its dividend.

Altria has been able to increase its earnings and dividend even in the face of declining smoking rates because of its pricing power. Moreover, with efforts to go beyond traditional cigarettes and its investment in beer maker SABMiller, Altria is setting the stage for new growth that could propel the stock even higher.

A 6% dividend yield you can depend on

Tyler Crowe: Despite several quarters in a row that proved it isn't in the same boat as other energy companies, shares of pipeline and logistics company Enterprise Products Partners (EPD 0.15%) are still trading down more than 30% since oil and gas prices started to slide in the middle of 2014. In a market where investors are starving for a decent yield, shares of Enterprise Products Partners have a dividend yield just north of 6%. While it has been a good time to buy shares of Enterprise throughout this downturn in the energy market, September is really shaping up to be a time to buy.

Throughout this two-year slide where oil prices have lost more than half their value, Enterprise's operational profits have remained pretty much steady the entire time. The company has been able to achieve this because more than 80% of the company's profits come from fixed service fees that insulate it from the ups and downs of commodity prices. More importantly, though, is that the company has spent $14 billion on capital spending and acquisitions since the beginning of the market downturn to bolster its position as a top natural gas liquids infrastructure and logistics company. Even after all of that spending, though, the company's balance sheet remains in decent shape

It would seem that a couple of years of smart investments and a steady business model that has held up during the downturn would have sent shares of Enterprise higher by now, but they haven't. That's fine -- it just gives investors a longer window to build a position in this company.

Todd Campbell: Instead of buying one stock this month, investors might want to try the Consumer Discretionary Select SPDR ETF (XLY 4.90%) on for size. This exchange-traded fund invests in retail stocks, and while the summer doldrums led to lackluster returns in August, this basket historically starts to come back to life when the kids return to school and investors start thinking about the holiday spending season.

Average returns for the Consumer Discretionary Select SPDR ETF have exceeded 1% in September, October, November, and December over the past decade, and while the past doesn't guarantee the future, it wouldn't shock me if wage and job growth support solid performance this holiday season, too. In the past year, employers created 550,000 new professional and business services jobs, 477,000 healthcare jobs, and 162,000 new jobs in finance. Overall, wages have improved by 2.6%.

And a good holiday spending season isn't the only reason to like this ETF, which is up only 3% so far this year, but 125% over the past five years. The Consumer Discretionary Select SPDR ETF's biggest holdings are Amazon, Home Depot, and Comcast, but buyers get exposure to plenty of other top consumer discretionary stocks, too. For example, the list of 89 companies owned by the ETF includes stalwarts McDonald's, Starbucks, and Nike.

With this ETF down a bit in August, now could be the perfect time to think ahead and stash a little of this ETF in portfolios.