More integration is what this chip-maker needs to pursue with future product lines. 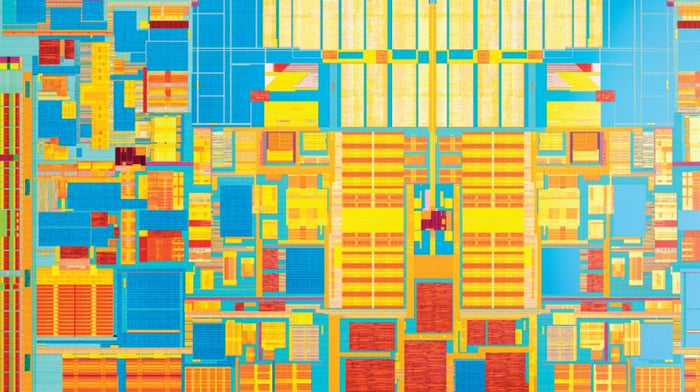 Microprocessor giant Intel (INTC -2.10%) has been aggressively trying to reduce the power consumption of its Core-series processors in order to allow them to fit into slim, fan-less devices with relatively small battery capacities. This reduction in power consumption, especially early on, led to some very significant (and painful) sacrifices in terms of performance. However, over the last couple of generations, the chipmaker has been able to substantially ratchet up the kind of performance that it can stuff into a chip that's only rated at a thermal design power of 4.5-watts.

In this column, I'd like to do go over the evolution of Intel's ultra-low power processors, and offer insight into what steps the company needs to deliver over the next couple of generations in order to fundamentally improve the user experience.

When it became clear to Intel that tablets and fan-less laptops were the future of consumer computing devices, the company very quickly began adjusting its product portfolio and product road map to try to meet those market requirements. Intel's first crack at a product suitable for such systems was a chip known as Ivy Bridge-Y.

This wasn't exactly a "new" chip; Intel basically took its 17-watt Ultrabook chips at the time, reduced the speeds, and called it a 13-watt chip that could be reduced further in speed to be a "7-watt" chip." Unsurprisingly, this chip didn't see much adoption because it simply wasn't all that good.

The company's second try was with its next-generation architecture known as Haswell. The Haswell chips had much better thermal management capabilities and an updated design, so the "fan-less" Haswell-Y parts were rated at an 11.5-watt thermal design power, and could be further performance reduced to hit a 6-watt thermal design power. These chips also weren't that great, but they did better in the marketplace than Ivy Bridge-Y because they were much better.

After Haswell-Y, Intel released Broadwell-Y, a product manufactured on its 14-nanometer technology (Ivy Bridge-Y and Haswell-Y were built on Intel's 22-nanometer tech). Unlike Ivy Bridge-Y and Haswell-Y, Broadwell-Y was a product that showed signs of actually being targeted at fan-less PCs. These products got their own brand name, Core m, were rated at a mere 4.5-watt thermal design power, and Intel even did some work on the packaging of the chip itself to allow it to fit into extremely thin products.

The first batch of Core m products were hardly perfect. In fact, the initial volley of Broadwell-Y chips badly missed their performance targets and were quickly discontinued and replaced by variants that reached higher processor and graphics speeds. With Broadwell-Y, convertible and detachable devices powered by Intel chips started to gain traction and become viable, relatively high-performance machines.

The fastest of the second-round of Broadwell-Y chips, known as the Core M-5Y71, ran its processor cores at 1.2GHz base/2.9GHz maximum single-core turbo. The graphics processor ran at a base speed of 300MHz and a maximum turbo speed of 900MHz.

After Broadwell-Y, Intel followed a year later with a chip known as Skylake-Y. This was built on the same 14-nanometer technology as Broadwell-Y, but thanks to a new architecture performance, moved up quite a lot. The processor cores could do more work per clock, and they even clocked a little bit better, with maximum single-core turbo of the top part hitting 3.1GHz. The graphics processor was also enhanced with a new architecture, and could run at a maximum turbo speed of 1GHz.

Then, on August 30, Intel introduced a product known as Kaby Lake-Y. Kaby Lake-Y is based on the same architecture as Skylake-Y (with a few media enhancements added), but it's built on an enhanced 14-nanometer+ technology. Thanks to those enhancements, the maximum single-core turbo speed on the top Kaby Lake-Y part is 3.6GHz -- a 16% jump.

With Kaby Lake-Y, Intel has finally achieved a level of performance that should make it much easier for those who prefer thin-and-light systems to make the jump to such products without worrying about having to compromise too much performance.

All of this sounds great, but what's next?

With Kaby Lake-Y, Intel is in a "good" place, but there's still a lot left to do. For example, even Kaby Lake-Y isn't yet a single-chip solution, as the image below shows: The large square on the left is where most of the heavy lifting is done -- the processor cores, graphics, media, image processing, and more, all reside there. It's also manufactured on Intel's most advanced manufacturing technology.

However, the chip still requires that rectangle on the right -- known as a "platform controller hub" or "PCH" for short -- in order to function. That rectangle includes things such as a sensor hub, USB connectivity, SATA/eMMC connectivity (which allows the system to support storage drives), an audio processor, and PCIe connectivity. It's built on an older-generation manufacturing technology.

Another thing to consider is that, if these two chips were integrated into a single part, Intel could also shrink the overall package size -- something that could be very helpful for very small form-factor devices. Intel's next-generation low-power processors would really benefit from having everything integrated into a single chip, and I hope to see that level of integration over the next product cycle or two.

Beyond that basic level of integration, Intel needs to take it a step further and start integrating in communications technology, such as Wi-Fi (a former Intel executive hinted that this was in the works late last year), Bluetooth, and even cellular modems. Intel can begin by integrating these onto the same package as the main processor -- similar to how the PCH is a separate chip on the same package now -- but over time, it could work to put it all together into a single chip.

The business implications of more integration

Increased levels of integration will allow system makers to further simplify the designs of their systems, and reduce the amount of "stuff" cluttering up the logic board -- which could potentially allow the logic board to occupy a smaller footprint. This would allow system makers to either make systems thinner, or use the space savings to include things such as larger batteries.

From Intel's perspective, such integration would be a clear win. It would strongly encourage system makers to adopt Intel's complete solutions. That, in turn, would allow Intel to capture additional dollar content in personal computers, helping to boost its revenue per unit, and potentially, gross profit margins per chip sale.