Please ensure Javascript is enabled for purposes of website accessibility
Log In Help Join The Motley Fool
Free Article Join Over 1 Million Premium Members And Get More In-Depth Stock Guidance and Research
By Brian Feroldi, Tyler Crowe, and Jason Hall – Sep 5, 2016 at 7:42AM

These three stocks are ideal choices for investors in their golden years. 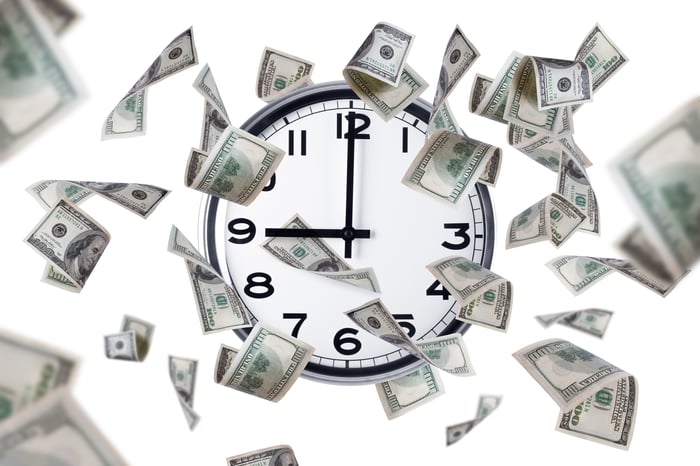 Retirees should be on a constant search for stocks that offer a combination of good long-term growth prospects, solid dividend yields, and low risk. While finding companies with all of these characteristics isn't easy, they do exist if you to know where to look.

To aid you in your search, we reached out to a team of Motley Fool contributors and asked them to share what retirement stocks they think are a good buy right now. Read on to see which stocks they picked and why.

A retirement stock as solid as steel

Tyler Crowe: Among the best choices for a retirement portfolio are dividend aristocrats -- stocks whose dividends have increased annually for at least 25 years. With that kind of reputation comes a certain level of stability that you want in a retirement investment. They can be hard to find at decent prices in these days of frothy market highs, but one notable exception is steel producer Nucor (NUE 1.62%).

Nucor's stock has been hammered over the past couple of years because of the rapid decline in global steel prices. Overcapacity has led to a glut of steel that's taken a toll on just about every steel company's income statement. Unlike so many of its peers that have been posting heavy losses, though, Nucor has remained decently profitable thanks to its unique pay structure for employees and a superior balance sheet. It's the little things like this that have kept Nucor at the top of the steel industry for some time and has allowed it to pay uninterrupted dividend payments for 42 years in a row.

Even though steel companies have had a bit of a rally over the past several months, it looks as though Nucor still has quite a bit of room to run, thanks to new anti-dumping tariffs on imported steel. At a dividend yield just north of 3%, shares of Nucor look like a decent investment for those looking to bolster their retirement portfolios.

This big pharma is (finally) poised for growth

Brian Feroldi: Patent expirations on key drugs have wreaked havoc on many pharma companies' financial statements over the past few years, but few companies have been hit as hard as Pfizer (PFE -0.91%). Sales of its best-selling cholesterol drug, Lipitor, peaked in 2011 at $13 billion annually, but they dropped precipitously once patent protection evaporated. Pfizer found it difficult to fill the void, which is why revenue has declined over the past few years.

However, it finally looks as if Pfizer has successfully turned the corner, having reported six straight quarters of revenue growth. The top line has been greatly aided by a slew of successful new drug launches, which includes the anticoagulant Eliquis, the cancer drug Ibrance, and the pneumococcal vaccine Prevnar 13.

Looking down the road a bit, there are reasons to believe the trend will continue. Pfizer plunked down $17 billion to buy out Hospira last year, giving it a lead in the burgeoning biosimilar market. More recently, we saw the company pay more than $14 billion to get its hands on Medivation, which gives the company an expanded role in treating cancer.

When adding these new revenue streams to its regular share-repurchase activity, Pfizer should see its bottom line advance by nearly 7% over the next five years, according to analysts. Trading for only about 13 times next year's earnings and offering a dividend yield of 3.4%, this stock is a great choice for retirees looking for safety, growth, and income.

Take it to the bank

Jason Hall: Wells Fargo & Co. (WFC -0.69%) is exactly the kind of stock that's ideal for your retirement account -- whether you're still saving for retirement or already in retirement but still investing part of your savings for the long term.

Wells is a rarity in banking, in large part because of its excellent management and a strong culture of conservative lending. While many of its big-bank peers created or acquired investment-banking arms over the past 15 years or so, Wells has remained focused on commercial banking -- a move that paid off during the financial crisis, helping it avoid the double-whammy of investment-banking and mortgage losses many banks suffered during the financial crisis.

And this wasn't an aberration for Wells, which has a history of navigating banking crises in successful fashion, often coming out of them even stronger and more profitable.

Today, Wells Fargo is cheap, particularly for such a profitable bank. Even with interest rates having remained near historical lows, Wells has consistently delivered returns on equity in the low to mid-teens and trades at a very reasonable price-to-book value of less than 1.5. Factor in a dividend yield of nearly 3% at recent prices, and there's a lot to like about Wells Fargo as a long-term retirement investment.

Brian Feroldi owns shares of Wells Fargo.Like this article? Follow him on Twitter where he goes by the handle @Longtermmindset or connect with him on LinkedIn to see more articles like this.