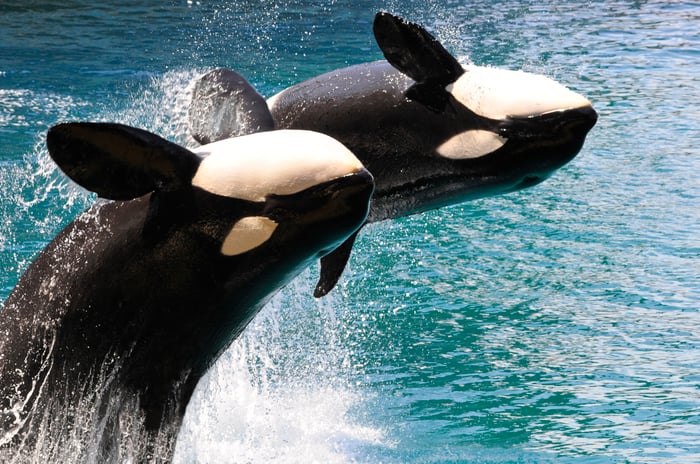 Second quarter revenue dropped 5.2% to $371.1 million, though net income more than tripled to $17.8 million, or $0.21 per share. But the real alarm came from a nearly half-a-million-person decline, with only 5.98 million visitors in the quarter.

Management said that a decline in Florida's parks in general was the main driver of the drop, due to a decline in Latin American and local attendance. Outside of Florida, visitation increased 67,000 in the first half of the year.

The attendance drop led management to lower EBITDA guidance from a range of between $355 million and $365 million to a new range of $310 million to $340 million.

Attendance has been a big concern for Seaworld since the Blackfish documentary was released, and right now the trends aren't heading in a positive direction. But this time it looks more like economic trends that are keeping customers away rather than sentiment about the company's properties. Until attendance picks up, I wouldn't get too bullish on shares -- cost cutting can only go so far when fewer customers are entering a company's resorts each quarter.