Over the past two years, it might have served investors better to gamble in an actual casino than to gamble on casino stocks. After sudden and unanticipated issues in Macau, a sluggish Las Vegas market, and enough drama to make even the most poker-faced investor squirm, it's hard to see which company may still rise to the top. Still, with some of the most encouraging news from Macau in 24 months, and interesting new investments worldwide, the casino industry could look much better in 2016.

Macau could be turning around

Macau's downturn since the summer of 2014, when the Chinese government set legislation in place limiting visitation and spending there, has taken billions in market cap off many of these companies, as Macau's total gaming revenue has been cut almost in half during those two years. However, things seem to be turning around in Macau, and the companies most focused there could get a surge the rest of this year.

Las Vegas Sands (NYSE:LVS) and Wynn Resorts (NASDAQ:WYNN) are the ones best positioned in Macau now, and have received much of their year-to-date price increases in the last few days alone, since Macau's August gaming revenue numbers came in at positive year-over-year growth for the first time in 26 months.

Wynn Resorts recently opened its biggest casino in the world in Macau; the $4 billion investment comes with over 1,700 hotel rooms and much more. Wynn Resorts is lucky that the long-awaited opening of this resort coincides with what may be the start of Macau's regrowth, or better yet, may have helped cause it. 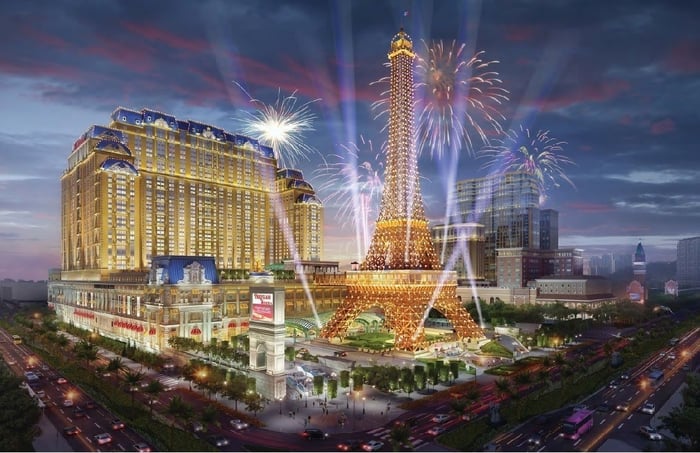 Melco Crown Entertainment (NASDAQ:MLCO) gets nearly all of its revenue in Macau, and opened its second resort on the Cotai Strip in May. Melco Crown's own turnaround looks underway as in the most recent quarter, Melco Crown's adjusted property EBITDA (earnings before interest, taxes, depreciation and amortization) rose nearly 20% year over year. However, while Melco Crown is likely to gain from the Macau turnaround, its lack of diversification adds risk if Macau's turnaround is short-lived or sluggish.

MGM Resorts International (NYSE:MGM) gets the smallest percentage of its revenue from Macau of the companies listed here -- about one-third of its total -- but that could change in 2017, when MGM opens its own Cotai resort.

However, where MGM is growing most promisingly is in Las Vegas, which contributes about half of its total revenue. MGM dominates the Las Vegas Strip, controlling around 50% of the hotel rooms on the Strip across its many different properties there. While gambling revenue is growing only slowly in Las Vegas, MGM is making big investments in convention and other entertainment growth, such as its recently opened 20,000-seat arena, and massive new convention centers at some of its properties that look promising for future earnings growth.

Wynn is also upping its ante in Las Vegas with recently announced plans to overhaul its Las Vegas property with a 38-acre clear-water lagoon, in a project it's calling "Paradise Park." This development is not expected to open until 2020, meaning MGM is still the undisputed leader in Vegas for now, but Wynn's growth there is something to watch.

The four casino companies mentioned above are all mammoth corporations in the gaming industry, but don't overlook the much smaller Isle of Capri Casinos (NASDAQ: ISLE) which could have great growth opportunity at a very low price. Isle of Capri's market cap is a fraction of Las Vegas Sands' or MGM's, but its impressive sales and earnings growth in recent years make its industry-low P/E of just 14 look attractive.

Isle of Capri operates just 15 properties across seven U.S. states (none of which are Nevada). The company reported its fiscal 2016 full-year earnings on Aug. 30, and even though revenue dipped 2.5% year over year, net income increased more than threefold. The stock stayed relatively steady but could go up from here, as 2017 earnings per share are expected to grow another 9.6%, for a forward P/E of just 12. This growth is likely to be driven by a new property that opened in late June, as well as by other operational efficiency initiatives.

The best casino stocks in 2016

Isle of Capri's low cost could make it a good value play for future earnings and stock-price growth, but be sure to understand the risk of this small regional casino -- it would likely not fare well competing directly with the bigger players in places like Las Vegas, which could limit its long-term growth potential. That's similar to Melco Crown, which could be a good bet on renewed Macau growth, but is risky for its lack of diversification. Therefore the three biggest companies -- Las Vegas Sands, Wynn, and MGM -- are still the best positioned for new growth in 2016.