Editor's note: This article was originally published for Motley Fool Supernova members on March 1, 2016. The write-up was Part 1 of 3 in March's Supernova Explorer 1 mission, featuring an industry overview, detailed research on four companies, and the selection of a mission winner (every month). We will share the research for the winner of this Virtual Reality mission later this week.

Be prepared for a wild ride, Explorers. Our March Exploration is one that will take you out of this world!

In this month's mission, we'll be taking a closer look at virtual reality. Ever since Facebook's high-profile acquisition of Oculus in March 2014, everyone -- from tech-savvy entrepreneurs to corporate managers to Hollywood movie producers -- has been dreaming up ways that virtual reality could help them make the world more fun, efficient, or creative.

Right now, the global market for virtual reality is estimated to be about $7 billion. The majority of that comes from hardware devices from established vendors such as Sony, Samsung, or HTC. But the broad adoption of VR across a variety of industries (notably entertainment and media production) and distribution across massive platforms like Facebook or YouTube is expected to boost the VR market to $70 billion by 2020. A whole new world of opportunity awaits Foolish companies that have visionary plans on how to take advantage of it.

Exploration 27: As Foolish As You Think You Are features companies from our Supernova Universe which we believe to be uniquely positioned to capitalize on the trend.

In this month's Exploration, we selected four companies that are large enough to make a visible impact on the industry but also small enough that VR could have a noticeable impact on their overall business results.

Our first matchup is between GoPro (NASDAQ:GPRO) and NVIDIA (NASDAQ:NVDA). GoPro shareholders had a rough year in 2015, but expectations built into the stock price have fallen significantly. The company's growing media distribution footprint could make for an interesting investment. NVIDIA made a name for itself in graphics processing units, but expansion into new ventures (such as neural networks) has brought new life to the stock in recent years.

Our second matchup is between Activision Blizzard (NASDAQ:ATVI) and Take-Two Interactive (NASDAQ:TTWO), both video game developers. Franchise series -- such as Activision's World of Warcraft and Take-Two's Grand Theft Auto -- have each sold hundreds of millions of copies and produced more than $10 billion of revenue. Developers are also becoming more creative on how they monetize games, with an increasing focus on recurring subscriptions and in-game purchases.

Join us as we blur the lines between fiction and reality in this month's mission: As Foolish As You Think You Are. 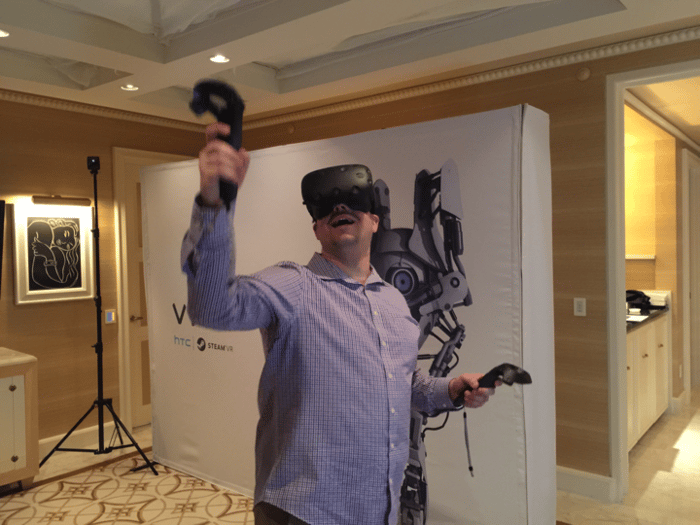 Eric Bleeker, CFA (TMFRhino) has been at The Motley Fool since 2008, and he has never been far from cutting-edge technologies. After a brief post-college stint working at Microsoft, Eric began managing Fool.com's Technology and Telecom content before becoming the managing editor for The Motley Fool's editorial department. In the past year, Eric has been lending a hand to our sales team to help them identify new and powerful trends, and create new forms of content. That's included research trips across the globe to explore new topics, and the creation of books, webinars, and other content on emerging trends like virtual reality, the Internet of Things, and self-driving cars.

Eric has a weekly email column that goes out to nearly two million readers, and his articles on Fool.com have been read by more than 23 million investors. He's also not afraid to make his opinions in the media known, appearing regularly on networks like CNBC and Fox. Eric's particularly excited to talk about virtual reality, as he's been technology since its humble beginnings: He's interviewed experts in the field, toured industry powerhouses such as NVIDIA and Valve, and visited VR start-ups working on futuristic projects still in "stealth" mode.

Stay tuned for the winner of this Virtual Reality mission.