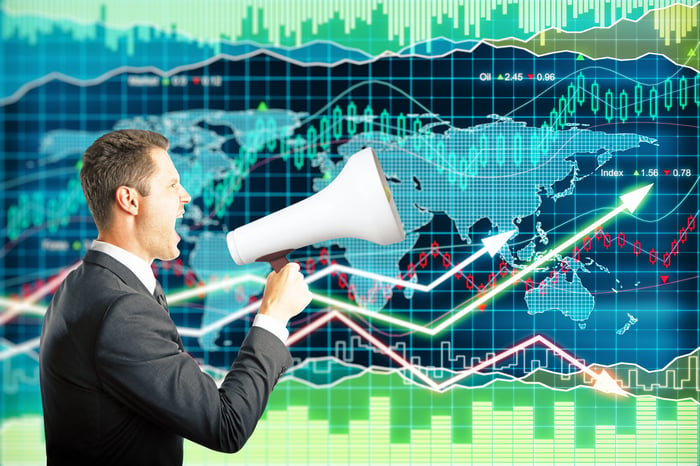 Two trials have already demonstrated that marijuana medicine developer GW Pharmaceuticals PLC's (GWPH) Epidiolex can reduce seizure rates in rare forms of epilepsy, but data that could confirm previous results and boost confidence in a potential FDA filing for Epidiolex next year is expected by the end of the quarter. If results from this trial in Lennox-Gastaut syndrome patients echo findings from its prior study, then GW Pharmaceuticals could soon be in a position to reshape how doctors treat this rare form of epilepsy.

GW Pharmaceuticals' Epidiolex is a purified version of CBD, a non-psychoactive chemical cannabinoid found in marijuana. Earlier this year, trials in Dravet syndrome and Lennox-Gastaut syndrome patients showed it reduced monthly seizure frequency from baseline by 39% and 44%, respectively. In the Dravet syndrome study, patients given a placebo saw the number of monthly seizures decline by 11%, while placebo patients in the Lennox-Gastaut study saw the number of seizures fall by 22% from baseline.

GW Pharmaceuticals has yet to file for Epidiolex approval based on these results because it's still waiting for data from two ongoing trials. Results from a second Lennox-Gastaut study are supposed to be available this quarter, and data from a second Dravet syndrome trial should be reported early in 2017.

When the Lennox-Gastaut data is reported, investors will want to compare any benefit in declining monthly seizure rates to the placebo rate and to previous findings. If the data is similar to what's already been reported, it supports the thinking that an Epidiolex filing for approval could occur in early 2017.

That thinking would similarly be strengthened if management also offered up a more specific estimated timeline for data from the Dravet syndrome trial. Assuming that results from both of these trials don't disappoint, then fast-track status could prompt the FDA to approve an accelerated review of an Epidiolex application, potentially allowing for Epidiolex to become commercially available prior to 2018.

Epidiolex could mark a significant improvement in how patients with these rare forms of epilepsy are treated. However, it's unknown what kind of a price GW Pharmaceuticals could charge for Epidiolex, or what barriers to access could be created by payers if Epidiolex is deemed too pricey. It's also not clear what impact CBD-heavy strains of marijuana that are available at marijuana dispensaries in many states could have on Epidiolex's peak sales potential, if any.

Undeniably, getting Epidiolex on the market will go a long way to helping GW Pharmaceuticals reverse its ongoing string of quarterly losses, but people should still consider this company a risky investment. After all, GW Pharmaceuticals' first and only marijuana-based medicine on the market, Sativex, has been available for use in multiple sclerosis patients suffering from muscle spasms in 28 countries, but sales are only about $2 million per quarter.

The company is spending heavily on R&D, and it already boasts a $1.8 billion market cap. Therefore, investors may already be pricing in a positive outcome for Epidiolex.