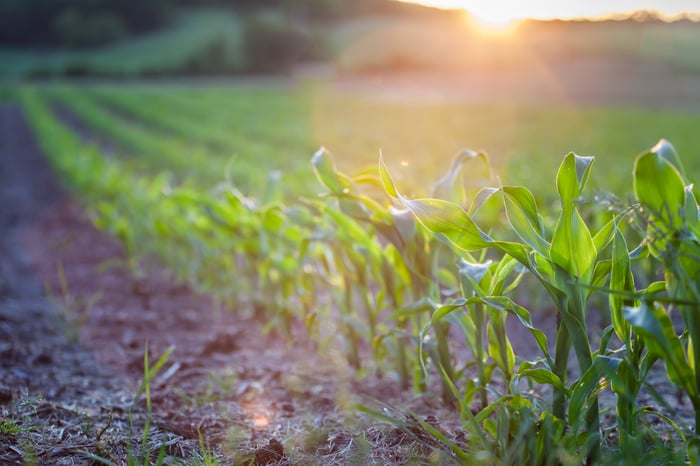 When DuPont (NYSE:DD) and Dow Chemical (NYSE:DOW) announced their plan to merge in December of last year, some analysts were skeptical. After all, regulators had recently shot down several high-profile mergers and acquisitions on antitrust grounds, and the same could happen here. Not to mention, the shareholders of both companies would have to approve the complex plan, which involved merging and splitting into three new, more narrowly focused companies.

But in recent months, the deal started looking more and more certain. Shareholders of both companies approved the plan. Management reported that the companies were deep in talks with regulatory bodies in the U.S. and abroad, and that those talks were positive. In his company's second-quarter earnings call, DuPont CEO Ed Breen even predicted the merger would be done by the end of 2016!

But he may have spoken too soon, because the Senate Judiciary Committee will soon hold hearings on the issue. What does this mean for the fate of the deal, and others like it, such as Bayer's ongoing flirtation with Monsanto (NYSE:MON)?

Lend me your ears...of corn

Sen. Chuck Grassley, chairman of the Judiciary Committee, has announced upcoming hearings on the recent consolidation in the seed industry. The Iowa Republican is hearing concerns from his constituents that mergers between big agricultural companies -- like DuPont and Dow Chemical, both of which have large agricultural divisions -- lead to decreased competition and higher seed prices for farmers. And in corn-rich Iowa, such concerns have weight.

"Because of the importance of the seed and chemical industries to agriculture and the nation's economy, the Senate Judiciary Committee is planning to hold a hearing in late September," Grassley told a group of reporters on Aug. 23. "The hearing will focus on the transactions currently being reviewed by antitrust regulations and the current trend in consolidation in the seed and chemical industries."

Grassley is up for reelection this fall, and calling these hearings is a way to show his constituents that he's taking their concerns seriously ahead of the election. But these hearings are definitely "unusual," in the words of Delaware Sen. Chris Coons, another member of the Judiciary Committee. Roger Dennis, dean of Drexel University's law school and a former antitrust lawyer for the U.S. Department of Justice, agreed in an interview with the Wilmington, Delaware, News Journal.

So could these unusual hearings actually result in the scuttling of the DuPont-Dow merger?

Seeds and pesticides are a $100 billion global industry, and there's no denying that it's a rapidly consolidating one. Besides the merger of DuPont and Dow, recent months have seen Germany's Bayer proposing a $65 million purchase of Monsanto -- although an official deal hasn't been hammered out between the two companies -- and the Chinese state-owned ChemChina purchasing Swiss seed and agricultural chemical company Syngenta.

As to whether consolidation in the agricultural seed and pesticide sector has caused prices to rise, there's no clear consensus. Certainly, seed prices have been rising -- sometimes sharply -- for years.

But this is kind of like comparing apples and oranges -- or rather, apple seeds and orange seeds. Newer seeds are genetically engineered to improve yields or to resist herbicides, insects, and other pests. This makes them more valuable to farmers, who spend less on weeds and bug spraying, labor, and machinery.

Lots of talk but no action

Like price increases, government antitrust concerns about the seed industry are nothing new. But will these new Judiciary Committee hearings have any teeth?

History would seem to suggest otherwise. Recent Judiciary Committee hearings on antitrust issues haven't yielded concrete results. For example, in July 2013, the Judiciary Committee held hearings about antitrust concerns surrounding patent trolls. It held another hearing on the same topic in December 2013. In spite of all that, the committee was unable to pass a House-approved bill on the subject in 2013 or 2014.

It's unlikely that these hearings will cause any problems for the DuPont-Dow merger. The likelihood of getting new antitrust laws through a divided Congress in an election year, in time to impact the merger, is incredibly improbable.

Dennis agrees. "I just can't imagine the parties to this transaction are going to say anything that harms their advocacy with the Department of Justice," he said. Even Sen. Coons has said he doesn't expect any major impediments to the merger to be raised.  At most, this seems like a minor distraction. But don't let that give you a false sense of security.

Just because this particular hearing is unlikely to scuttle the merger doesn't mean that investors can feel safe loading up on DuPont or Dow shares. Until the ink is dry and all the regulatory bodies have given the green light, any potential merger should be considered speculative. And with the fortunes of both Dow and DuPont closely tied to the merger's fate, there's still quite a bit of risk involved.