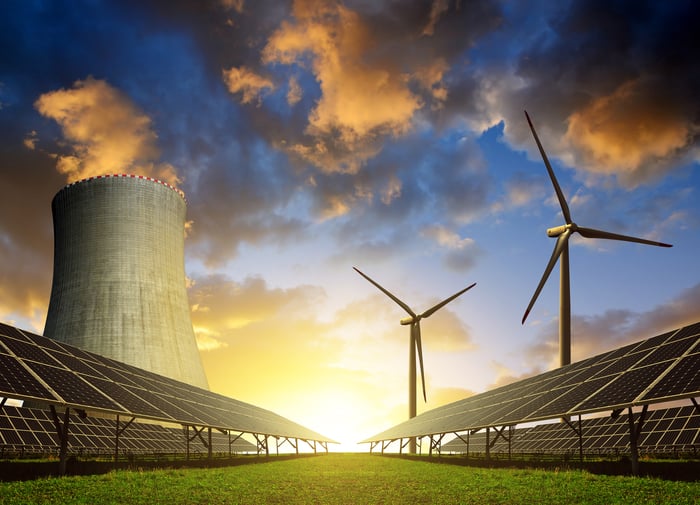 Shares of utility NRG Energy (NYSE:NRG) fell 12.5% in August, according to data provided by S&P Global Market Intelligence, after the company reported a surprising loss in the second quarter.

Sales fell 22.4% in the quarter to $2.6 billion, but net loss exploded to $271 million from $9 million a year ago. That included $198 million in impairments and $80 million of losses on asset sales. Cash from operations did grow from $198 million to $319 million, so cash flows are improving.

What didn't change was NRG Energy's expectation of $3.0 billion to $3.2 billion in adjusted EBITDA for the year and free cash flow, before growth investments, of $1.0 billion to $1.2 billion. The downside is that NRG Energy still has $19 billion of debt, which has made losses very concerning for investors.

There are rays of hope that NRG Energy can turn its business around, but the second quarter was a reminder that NRG Energy is still in a struggling utility market. A lack of demand growth and low fossil fuel prices have left wholesale power producers like NRG Energy with shrinking margins and losses. Until the utility market improves in a more meaningful way, shares will struggle to recover.