Please ensure Javascript is enabled for purposes of website accessibility
Log In Help Join The Motley Fool
Free Article Join Over 1 Million Premium Members And Get More In-Depth Stock Guidance and Research
By Cory Renauer, Sean Williams, and Brian Feroldi – Sep 10, 2016 at 9:07AM

All biotechs face uncertain futures, but these three are so risky, we wouldn't touch them with a rented barge pole. 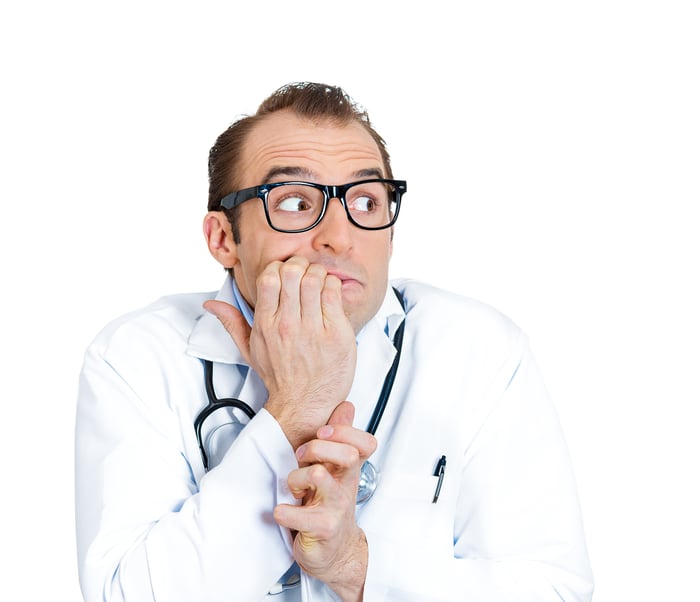 Perhaps more than any other industry, biotechnology start-ups face long, treacherous paths to profitability, and a majority never make it. If you think your co-pays for an annual checkup are expensive, imagine the costs associated with running clinical trials that go on for years. Asking healthcare providers to do the extra homework necessary to collect vast amounts of data can run up a mighty big tab -- with no guarantee of success.

Even if a biotech is lucky enough to earn approval for a new drug, the commercial setting can be just as unpredictable. This doesn't mean you should avoid the industry entirely, but there are a few stocks facing enormous hurdles that these three Motley Fool contributors feel you should avoid at any price.

Swing and a miss

Brian Feroldi: Clinical-stage biotech stocks are difficult to own, as their value is usually tied to the clinical success of a single drug. That makes them susceptible to wild price swings whenever clinical updates are released. If the news is good, the company's stock can soar, but if it's bad, the stock may struggle to find a bottom.

That's why I don't think it's wise to go bargain hunting for these stocks once a study comes out suggesting that a company's lead product candidate won't pan out. For that reason, I think investors should avoid plucking Seres Therapeutics (MCRB 1.27%) stock out of the bargain bin.

Seres Therapeutics shares have collapsed over the last few months after the company reported interim results from its Phase 2 ECOSPOR study. The study was testing lead product candidate SER-109 as a potential treatment for the bacterium Clostridium difficile, or C. diff. Seres had high hopes that the compound could help reduce the risk of C. diff recurrence when compared to a placebo.

Unfortunately, interim data from the study suggests that SER-109 is a dud. Specifically, 44% of patients who used SER-109 saw recurrence, which was slightly better then the 53% observed in the control group, but not good enough to show statistical significance. Thus it looks like SER-109 will go nowhere.

The company is still analyzing the results to determine its next steps, and some analysts see upside from today's share price. However, I think the better play is to avoid this company's stock completely and focus your attention on better opportunities.

One giant leap lower for MannKind?

Sean Williams: For those of you who may be shareholders, I apologize in advance for my bluntness, but I wouldn't buy MannKind (MNKD 1.81%) stock with free money, and I strongly suggest other investors avoid it as well.

MannKind's saving grace was supposed to be its Food and Drug Administration-approved inhaled powder, known as Afrezza, for the treatment of type 1 and type 2 diabetes. On the surface, it looked like a potential blockbuster, given its ease of use, its rapid action, and the superior rate at which it metabolizes throughout the body compared to traditional standards of care.

Unfortunately, Afrezza's high price point, coupled with a failed licensing partnership with Sanofi (NYSE: SNY), resulted in a scant number of sales post-launch. Now MannKind is once again responsible for marketing Afrezza, and some investors might believe the company can turn things around. However, through the first eight weeks since its relaunch, Afrezza has literally gone nowhere. In week one of the relaunch, 266 scripts were written, compared to 265 in week eight. Afrezza is falling flat for a second time.

More recently, MannKind has found itself in the headlines as it works on making its inhaler accessible to other drugs. For example, it's angling to deliver the primary ingredient in Mylan's (MYL) EpiPen (which is in the spotlight because of a 400%-plus increase in list price over the past decade) through its inhalers at a lower cost than what Mylan currently charges. However, I'd remind investors that we're talking about something that's mostly conceptual for the time being. Until we see tangible evidence of an EpiPen alternative moving forward at MannKind, the company's stock does not deserve a premium valuation, in my opinion.

Meanwhile, MannKind continues to struggle with its cash on hand. Despite cost cuts, MannKind is slated to lose millions in the quarters and years ahead, yet it has just $63.7 million in cash and cash equivalents left on its balance sheet. MannKind does have $30.1 million in credit from The Mann Group that it could tap and (once again) $50 million in at-the-market stock offerings, which could prove dilutive to existing shareholders.

For the time being, I see no investable qualities in MannKind or its stock.

Cory Renauer: Drug development is expensive, but Anavex Life Sciences (AVXL 4.67%) may be the least efficient biotech in the industry. From its inception through the end of June, the company accumulated a $71.51 million deficit, but it sponsored just one small clinical trial.

The 32-patient phase 2 trial involves Anavex's only clinical-stage candidate, 2-73 for the treatment of Alzheimer's disease. The study's main purpose, to determine a maximum tolerated dose for use in a trial designed to support a new drug application, had a 36-day time frame, but a follow-up period to check for efficacy extended it to 52 weeks. To be fair, this spring, the company invited patients who have completed 52 weeks of observation to enroll in an extension trial to observe the drug's effects for another 52 weeks, so technically, it has sponsored two trials.

Drug development is a risky venture no matter the disease, but Alzheimer's has the worst failure rate of them all. The company has no other candidates in clinical trials, and data from its ongoing study isn't very encouraging. 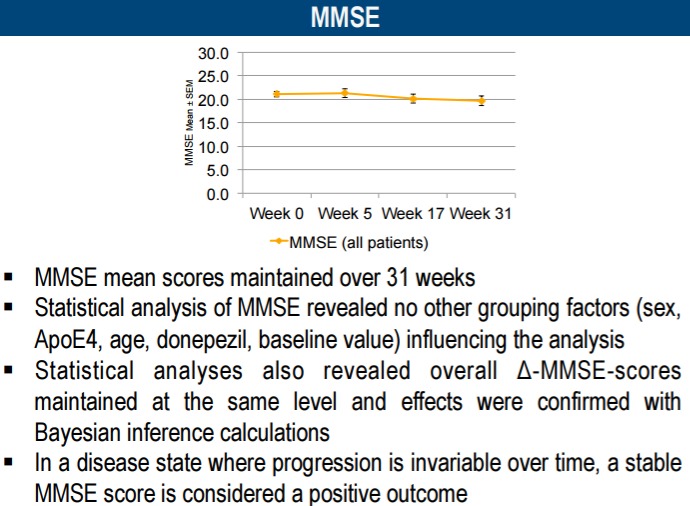 This summer, Anavex presented 31-week data from its ongoing trial that showed a slight decrease in cognitive function over the relatively short time frame. Declining mini-mental state exam scores don't bode well for 104-week results, but by then, investors' slice of any potential profits will probably dwindle to practically nothing.

Anavex exited June with 35.7 million shares outstanding, a 56.4% increase over the 21.6 million outstanding just one year earlier. Despite the heavy dilution over the past year, the company finished June with just $9.7 million in cash. It's open to potential partnerships but hasn't announced any.

Anavex has made quite a few bad moves recently, but its lack of resources to develop a clinical-stage pipeline consisting of just one drug to treat a disease that has confounded some of the world's largest drugmakers is reason enough to avoid this biotechnology stock.