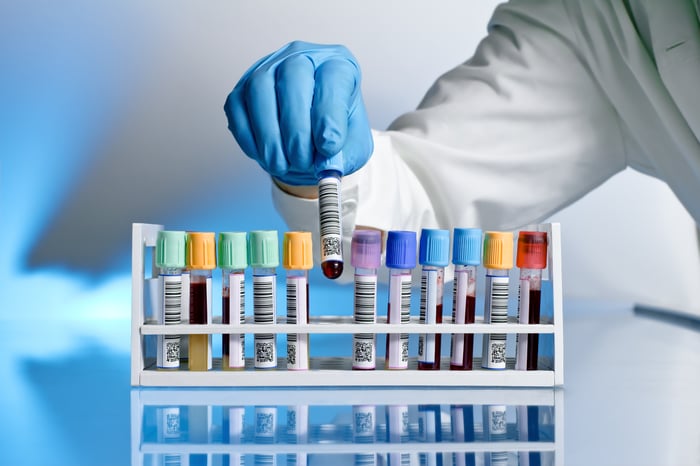 What: Shares of Seres Therapeutics (NASDAQ:MCRB), a clinical-stage biotech, are up more than 10% as of 2:35 p.m. EDT after an analyst offered up some positive commentary on the company's stock price.

Bernardino stated that he still believes that Seres is still a leader in the microbiome approach to treating chronic diseases, and that short-term pessimism over the failed phase 2 ECOSPOR clinical study for its lead compound SER-190 has caused the stock to sell off far too much. In addition, he remains bullish on the company's other clinical-stage compounds, calling out Nestle's agreement to help fund their development as a particularly bullish sign.

Those comments appear to be resonating with the markets today, hence the stock's move higher.

Now what: Seres just reported its second-quarter results, showing a net loss of $27.9 million for the period. That was more than double the loss in the year-ago period, which was mostly caused by increased head count and continued clinical development. Thankfully, Seres ended the quarter with more than $272 million in cash, which the company believes should be enough to fund continued clinical development "well into 2018."

Seeing such a huge cash position and positive note from an analyst should be some comfort for the company's bulls, but there's not doubt that the ECOSPOR study results cast huge doubts about Seres' future. Since all of its other compounds are still in phase 1 or earlier development, it still has a long road ahead before it will start generating product revenue. For that reason, only investors with an incredibly strong stomach for risk and a long-term outlook should consider investing in these shares today.