Tesla Motors (NASDAQ:TSLA) CEO and SpaceX founder Elon Musk has been hailed as a visionary genius not just for his company's innovations in automotive technology and space transportation but for his thoughts on business and the future of technology as well.

Here are just a handful of quotes that sum up Musk's approach to business, innovation, and what he expects the world to look like. 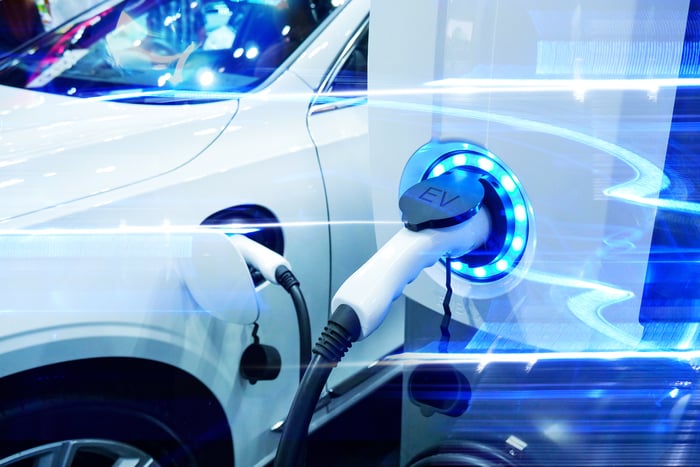 On being an entrepreneur

Being an entrepreneur is like eating glass and staring into the abyss of death.

-- Musk said at TechCrunch's Founder Showcase back in 2010.

Despite the joke, Musk takes his companies very seriously and invests much of his own cash to make them successful. The Wall Street Journal recently reported that Musk has taken out personal credit lines totaling $475 million to fund his businesses, and has purchased shares of both Tesla and Solar City when they've needed funding. Musk currently owns a 27% stake in Tesla and 22% in SolarCity, but his stake in SpaceX is unknown (it's a private company).

Musk has said why it's so important to invest his own money into his companies:

I always invest my own money in the companies that I create. I don't believe in the whole thing of just using other people's money. I don't think that's right. I'm not going to ask other people to invest in something if I'm not prepared to do so myself.

After starting and selling many successful companies, the serial entrepreneur believes that true innovation comes from simply trying to make the best thing (whatever it is) you can possibly make. In an interview with Google back in 2013, Musk said:

You want to be extra rigorous about making the best possible thing you can. Find everything that's wrong with it and fix it. Seek negative feedback, particularly from friends.

That perspective has certainly paid off for Tesla at times, which received the highest possible Consumer Reports score for the Model S last year (though CR later dinged the car's reliability and recently called for Tesla to pull back on its semi-autonomous Autopilot driving system).

Musk's penchant for innovation comes not just from making the best things he can possibly make (whether it's cars or space rockets) but also from making things that he believes will change the world. As he said in a 60 Minutes interview in 2014:

I'm interested in things that change the world or that affect the future and wondrous, new technology where you see it, and you're like, 'Wow, how did that even happen? How is that possible?.

Musk certainly believes that his companies are changing the world. Tesla's Autopilot system is often seen as the face of driverless cars. Musk thinks autonomous driving features aren't just an add-on option, but will eventually be a permanent part of automobiles.

In the distant future, people may outlaw driving cars because it's too dangerous. You can't have a person driving a two-ton death machine

It's not all that crazy of an idea, either. Driverless cars could save 1.25 million lives globally every year, according to Reuters.

But when Musk thinks about the future, his thoughts sometimes leave this planet altogether. While SpaceX is primarily focused on transporting cargo for NASA, Facebook, and other customers, Musk continually sees the company as an eventual vehicle for manned space exploration.

There's a fundamental difference, if you look into the future, between a humanity that is a space-faring civilization, that's out there exploring the stars... compared with one where we are forever confined to Earth until some eventual extinction event.

That's why Musk has said that SpaceX will send humans to Mars by 2025.

One area of the future that the billionaire is less than optimistic about may be artificial intelligence. As he said on Twitter two years ago:

We need to be super careful with AI. Potentially more dangerous than nukes.

This is why he started OpenAI last year, which is a non-profit designed to share artificial intelligence research with the hope of achieving a peaceful AI world.

That hesitation comes from Musk's realistic approach to life. He summed up that philosophy -- along with why he's started two of his most important companies -- by saying:

I always have optimism, but I'm realistic. It was not with the expectation of great success that I started Tesla or SpaceX. It's just that I thought they were important enough to do anyway.