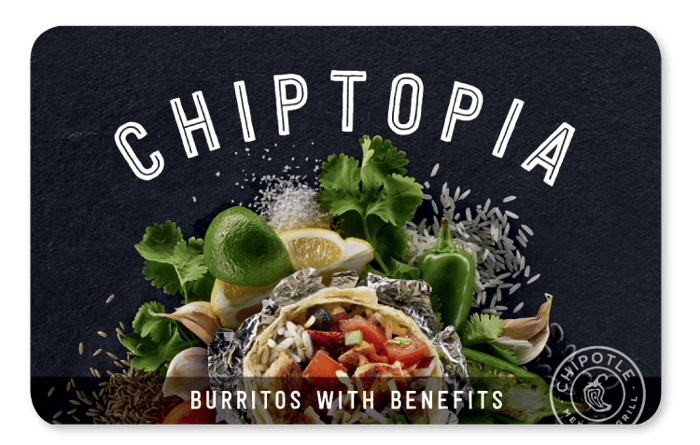 We're in the homestretch for Chiptopia. Chipotle Mexican Grill's (NYSE:CMG) temporary loyalty rewards program comes to a close by the end of this month. The three-month promotion got off to a good start. Chipotle swayed more than 3.6 million customers to sign up through the first three months. It's amazing what offering a free order of guacamole with chips will do as an initial registration incentive, but the pace has naturally slowed down these days. If you haven't been to Chipotle yet this summer, you're not going to bother signing up for Chiptopia as it requires a total of four visits in any given month to score a free burrito.

Chiptopia has been only modestly successful. Comps during those same three weeks in July where millions grabbed Chiptopia cards still plunged 21%. Trends are improving, but we're nowhere near where we were last summer.

Piper Jaffray analyst Nicole Miller Regan slashed her stock's price target on Thursday, going from $590 to $483. She remains bullish, but she's lowering her same-store sales forecast for the current quarter -- the Chiptopia quarter -- from -15% to -18%.

Chipotle isn't focusing on Chiptopia these days. September promotions include free kid meals on Sundays and free non-alcoholic beverages for high school and college students. However, Chipotle has suggested that it will have a more permanent rewards program in place once Chiptopia taps the finish line in three weeks. Let's hope that it has learned from the current program's mistakes.

I'll admit it: Chiptopia got me to come back more often this summer. It didn't start right away. My first visit was in early August, just after the free guac offer was pulled. Chiptopia got me to return to my local Chipotle more than I would have done otherwise, but the flaws in the program that I initially feared were even more apparent in application. An unwelcome surprise that I wasn't counting on: Chiptopia actually kept me out of Chipotle during the last week of August.

I had already made my four visits earlier in the month to earn a free entree. Since the reward counts as the first purchase of the new cycle I just waited until September so I could use my freebie as the first of four visits for this month's reward. Yes, I'm cheap, but I'm probably not alone.

I also found myself negotiating with myself. I'd pay for the chicken bowl, using the freebie earlier this month on the pricier barbacoa. Going to Chipotle this summer has been a matter of working calendar and menu pricing math, and I was happier when I didn't have to think when I was hungry.

More treats than tricks in October

Chipotle should launch a new program next month, and if it's smart, it will go public with the details later this month so it can hit the fourth quarter running. The new program should be able to take advantage of all of the data mining that Chiptopia has made possible, but a lot of the program's hassles would be corrected if it switches to a loyalty platform that doles out rewards once spending milestones have been met than merely visits.

The chain needs to get it right. It will have rattled off four straight quarters of double-digit percentage declines by then. If it can't turn things around during the fourth quarter when the year-over-year comparisons get easier, it will be hard to restore investor confidence. There's only so much that adding chorizo as a new protein can do. Chipotle needs to follow the lead of Starbucks (NASDAQ:SBUX) and Panera Bread (NASDAQ:PNRA), two companies with wide adoption of their loyalty programs. Panera's MyPanera program treats customers to surprise rewards along the way. Starbucks Rewards learned in April what Chipotle is probably learning now, and it switched its program so it's based on dollars spent instead of visit counts.

In an ideal world, Chipotle's new Chiptopia or whatever it is ultimately called will be even better than Panera's MyPanera or Starbucks Rewards. It may never catch up to the more than 12 million Starbucks Rewards members -- folks are more passionate about repeat coffee visits than burritos -- but it needs as many people to buy in if a turnaround is ever going to stick. With sales, earnings, and margins all heading the wrong way, Chipotle needs a promotion that is more savvy than desperate.