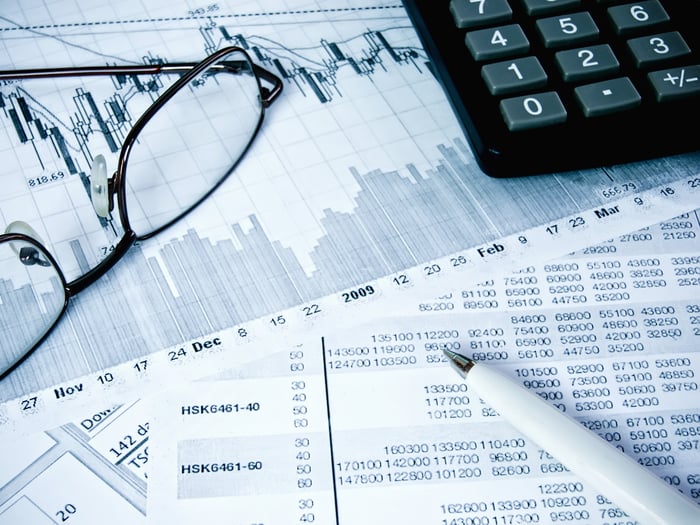 In the second quarter, the OLED technology researcher fell short of analyst projections on both the top and bottom lines. Earnings increased 12% year over year on 11% stronger sales, but Wall Street was looking for a little bit more.

Looking ahead, the company's management reduced its full-year revenue guidance from approximately $220 million to $195 million. This was the real driver of Universal Display's drastic haircut. Share prices fell as much as 16.7% the next day. 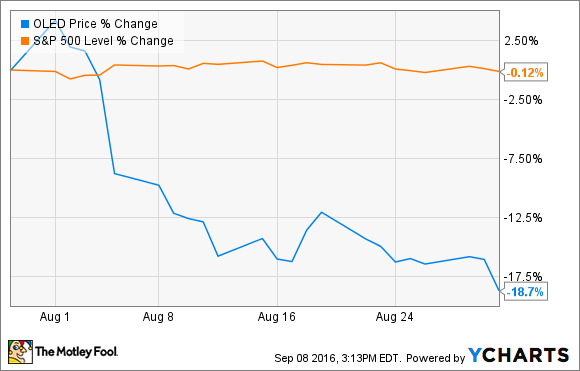 As fellow Fool Steve Symington pointed out at the time, Universal Display's long-term prospects remain as strong as ever. The factors behind this quarter's softened revenue outlook were all short-term in nature, as clients retool their OLED recipes and Universal Display ramps up the production of new emitter materials.

This is still a small company with lumpy quarter-to-quarter results. As a shareholder myself, I'm as excited as ever about the long-term prospects of OLED displays and lighting products. Granted, this industry has taken its sweet time growing out of its infancy, but the directional trends have not changed.

In spite of August's massive adjustment, Universal Display investors have still enjoyed a market-stomping 60% return over the last 52 weeks. And I'm still convinced that there's much more good news to come.