German chemical and pharmaceutical major Bayer (OTC:BAYR.Y) is raising the stakes in its months-long bid to acquire American peer Monsanto (NYSE:MON). Bayer has improved its offer to $127.50 per share, upping its previous bid by $2.50.

The European company stipulated that it would pay that amount, which values Monsanto at more than $65 billion with debt included "only in connection with a negotiated transaction." 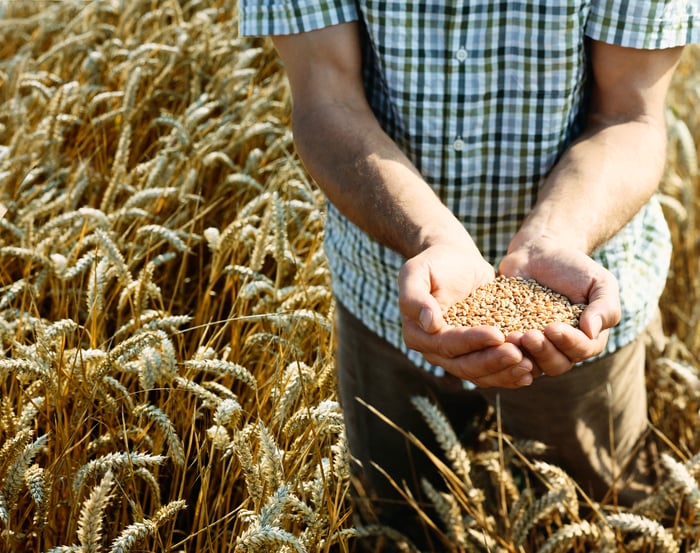 In acknowledging the new offer, Monsanto said it has been "engaged in constructive negotiations" with its would-be acquirer. It added that it is "continuing these conversations as it evaluates this proposal, as well as proposals from other parties and other strategic alternatives." It did not elaborate.

This is Bayer's third offer since it launched its takeover effort this past May with a $122-per-share bid.

Monsanto is clearly warming to the idea of being swallowed by Bayer, as indicated by the optimistic language of its response. Investors, however, seem much more skeptical regarding the possibility of a deal. Since the latest offer was made public, the stock hasn't moved much above $108 per share.

That might be because a potential tie-up between the two companies would face a great deal of regulatory scrutiny, particularly in Europe, which might be tough to surmount as Europeans have been very resistant to Monsanto's efforts in the sphere of genetically modified food.

That said, consolidation is in the air in the "big agribusiness" segment. Last month, Syngenta's potential acquisition by ChemChina got a crucial green light from the Committee on Foreign Investment in the U.S. In 2015, Syngenta was the target of an ultimately abandoned takeover attempt by none other than Monsanto.

Although Bayer and Monsanto seem to be tilting toward a deal, if one is reached, it would be only the start of a long, protracted process -- most likely involving significant compromises with concerned regulators. However this story ends, it won't end quickly.