Is Tesla's growing lead in driver assist technology turning into a competitive advantage?

Tesla Motors (TSLA -0.19%) thinks its breakthrough for radar's increased role in Autopilot version 8.0 will cut the company's accident rates in half and make its all-electric cars about three times safer than any car on the road. But don't expect competition to announce similar, just-as-capable features for their fleets anytime soon. Tesla's latest update for radar leans heavily on the company's unique strengths.

"This was all developed in house," Tesla CEO Elon Musk said during a question-and-answer session with press about its Autopilot 8.0 update. "This was all Tesla software."

Tesla's update for its radar sensor, which is located in the center of the lower section of the front grille on Tesla vehicles, meant radar will now play a key role in signal processing, alongside its vehicles' vision system. Before, Tesla's vision system would recognize scenarios in which the vehicle needed to stop and radar would only cross-check. But now radar can recognize objects worth stopping for in its own right.

"After careful consideration, we now believe [radar] can be used as a primary control sensor without requiring the camera to confirm visual image recognition," Tesla said in a blog post over the weekend.

Tesla CEO Elon Musk asserted during a conference call the company's breakthrough in radar marks a "dramatic improvement in the safety of the vehicle."

But despite the new star role for radar, competition probably won't be able to roll out a similar advancement very easily.

As Musk said: "It's a very hard problem. No one else has solved this."

At another point during the call, Musk emphasized just how hard solving this problem was:

It's something that I've wanted to do for a while. ... Really, since late last year. But I was always told, "No, it's not possible. You can't do it. It's not going to work. Nobody else has made it work. The software is too hard. The sensor is not good enough." But I really pushed hard on questioning all those assumptions the last three or four months. So I said, "There's got to be a way to make this thing work." And now we believe that there is. I'm confident that there is.

But Tesla just happened to have all the right ingredients to make this work.

The importance of fleet learning

While software expertise is obviously a must-have for this sort of technology to be developed and refined, even this massively understates prerequisites needed to roll out this particular update to vehicles without any new hardware. In particular, Autopilot 8.0 flexes the importance of Tesla's "fleet learning," or fleetwide improvements that can be made in real-time with real-time driving data. Indeed, Musk asserted during the company's press conference that no one could have solved this problem "without having all their cars connected and fleet learning. It's simply not possible."

And the thing about fleet learning is that its usefulness grows exponentially with growth in data. Musk explained how this works during the press call:

The intelligence of the fleet learning, and when we know when we should pay attention to something and when we shouldn't, what constitutes a sufficiently significant number of events to register it as something requiring actuation, and what degree of actuation -- these things are all refined over time. So it's both the data and the way that data is then used by the car, and what algorithmically do we do with the data -- those things are both improving rapidly over time. They have a multiplying effect. So, sort of like, the data multiplied by the quality of the algorithms. And so the data is increasing rapidly, the quality of the algorithms increase rapidly, so it ends up being the area under the curve of those two things, which means it's really quite dramatic over time. 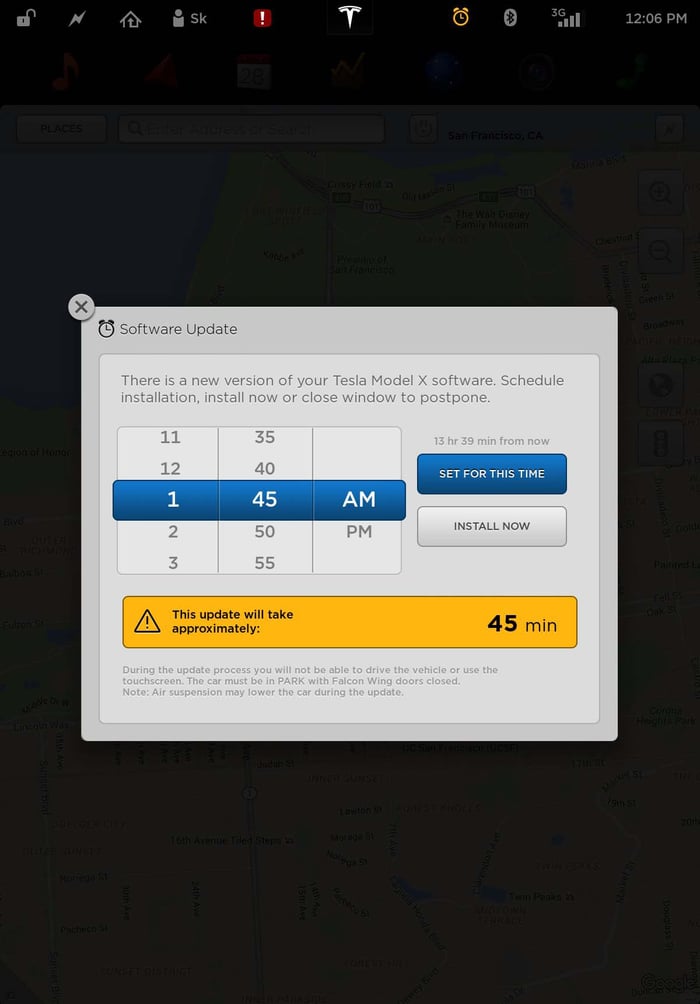 But some might ask: Can't other automakers just as easily accumulate this data and put it to work? At some point in the future, yes. But it's not looking like it will be anytime soon. Why? Tesla's Autopilot is likely getting far more use than competitors' driver assist systems. Two recent comparisons -- one by The Drive and the other by Car and Driver -- of the top driver-assist systems available in production vehicles clearly indicated the Autopilot driving experience is superior to other options. Even more, most driver-assist systems in production cars aren't capable of automatic lane changes, rendering sustained use of the technology impossible, and putting competition at a huge disadvantage in accumulating driver-assist miles. Meanwhile, Tesla's Autopilot miles adding up faster than ever; the company said on Sunday its fleet had driven roughly 200 million miles on Autopilot -- up impressively from 130 million miles on June 30.

And Musk believes there's still plenty of room for Autopilot enhancements, thanks to software and fleet learning:

If Tesla's radar update lives up to the hype, the company's real-world experience with sophisticated driver-assist data could begin to morph into a competitive advantage. And fast-growing sales as the company brings its lower-cost Model 3 to a much larger market late next year may amplify this advantage ahead of Tesla's longer-term goal of bringing autonomous vehicles to the masses.

Tesla's unique combination of electric vehicles, software expertise, in-house design of its Autopilot system, and a gaping lead in driver-assist technology could sneak up on competition if Detroit automakers don't follow through with their big plans for autonomous technology.