The iPhone maker has courted controversy by ditching the headphone jack in its new phone, but it was the right move.

As you've probably heard by now, Apple (AAPL -0.34%) is eliminating the standard 3.5 mm headphone jack in its latest iPhone models, the iPhone 7 line.

According to some, this is a travesty unparalleled in the history of technology. Rumors had already circulated that Apple was ditching the 50-year-old headphone port, but a heavy backlash nonetheless ensued, following Apple's confirmation during the phone-release event. Apple was roundly reamed across the media:

I love you #Apple, and I don't mean to sound like a baby, but I REALLY DON'T want to give up my headphone jack.

The kerfuffle boils down to one key issue: convenience. Every iPhone owner already has a pair of 3.5 mm earbuds, and almost the entire universe of existing audio components is compatible with the standard jack. Importantly, Apple will provide a free adapter that attaches through the Lightning charging port and essentially solves the compatibility issue, though in a less convenient way.

It would have been easy to stick with the traditional audio port after all, but that's not how innovation works. 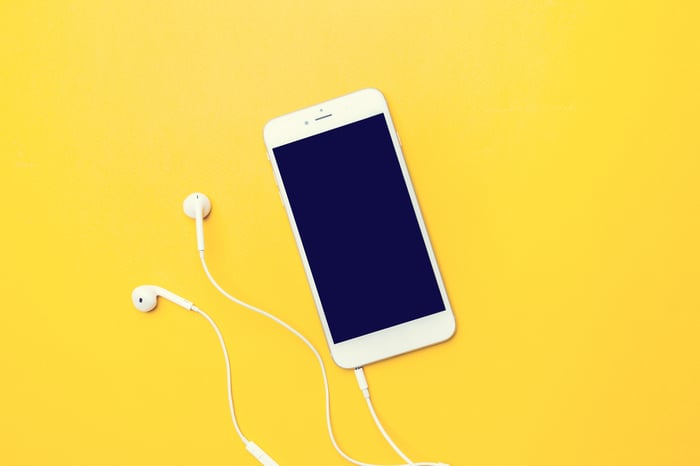 Apple is a tech company

Every year, Apple introduces the latest version of its flagship product, the iPhone. There's no reason to release a new one without any changes or improvements. Consumers who are happy with their current phone can just keep that one, or if they wish to upgrade, can move up to an iPhone 6 or 6s, which have the standard jack.

But Apple has to keep innovating if it expects to stay ahead of the competition and sell new products. That's how the tech industry works, and it's how Apple got to the top in the first place. The company repeatedly calls out the words "best" and "innovative" in its own press materials.

Apple has long been guided by the Steve Jobs mantra that consumers don't know what they want until they see it, and innovation often requires making popular features and technologies obsolete. The company has done it before by, for instance, upgrading from the original 30-pin connector to the Lightning connector, and it will do it again.

Apple is leading consumers into a wireless future; it's doing that because it has to. Paying $160 for AirPods may not sound appealing today, but wireless headphones are the future. And that's a blessing for anyone who's ever taken an iPhone for a run, or wasted minutes untangling a mess of earbuds shoved in their pockets.

Losing the headphone jack is a trade-off

Apple didn't simply eliminate the jack out of "courage," as executive Phil Schiller said during the presentation; there are real benefits to doing so. Taking it out allows the phone to be water-resistant. That's no small detail; one repair center said water is the most common cause of broken iPhones, and aside from impact damage (like from dropping it on a hard surface), liquid is the only real way a consumer can break one. Water resistance is an improvement that's long overdue, and consumers have been asking for it for years.

The headphone jack also takes up valuable space inside the iPhone, competing with camera technologies, processors, and battery life, as Apple exec Dan Riccio told Buzzfeed. In order to make the phone better, which it needs to do to justify releasing a new one, Apple had to jettison an antiquated technology that was taking up space. Because Apple removed the jack, battery life -- another major source of customer complaints -- is now 14% longer in the iPhone 7; the camera is much more powerful, and the speakers are better.

You can argue that those improvements aren't worth losing the headphone jack, but they are significant.

Apple isn't even ahead of the curve here

Finally, it's worth noting that Apple isn't even the first phone maker to remove the headphone jack. Motorola's recent Moto Z comes without a jack, and Chinese phone maker OPPO Electronics had a jack-less phone on the market as early as four years ago. Apple's decision should, however, hasten the shift away from the standard audio jack.

The iPhone maker has ditched key ports on other products before, like the 5" floppy drive and the CD-ROM in Macs; the customer protests eventually subside, and everyone moves along. This should be no different.

It's a credit to Apple's brand that its customers feel so connected that they're willing to go to great lengths to protest this kind of move, in ways that probably no one would for an Android phone. But it's worth remembering: That passion means the protesters are likely the company's most loyal customers, and will eventually buy other Apple products when the time is right.