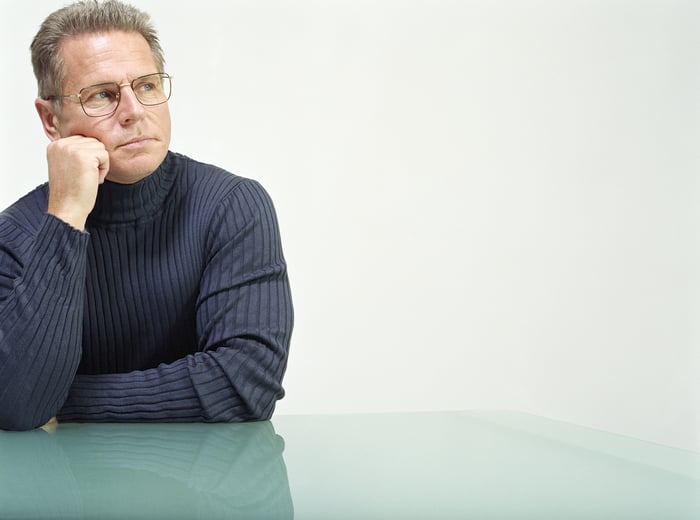 We're firm proponents of holding on to stocks here at The Motley Fool, but there are times when it's best, even for a long-term investor, to liquidate their position in a company and reinvest it elsewhere.

In this clip from Industry Focus: Tech, Dylan Lewis and David Kretzmann talk about how to spot core business issues that would make an investment worth leaving.

Dylan Lewis: No. 2: Core business issues. This kind of ties into RetailMeNot a little bit. The idea of a company with deteriorating financials, maybe the management team changes, something like that -- do you have an example for that?

David Kretzmann: Yeah. An example that I'll bring from our Rule Breakers service, is actually one of the first companies that was recommended in the service, that's Blue Nile (NASDAQ:NILE). For those who aren't familiar, this is a company that basically sells online jewelry, rings, engagement rings, stuff like that, online. It was an early e-commerce player. The company was founded in 1999. Going back to 2004, when it was first recommended in Rule Breakers, this was a company with a profit margin of about 6%, sales were growing at about 30% or higher. So this was a growth story. Looking out over the next decade, when we ended up finally selling this stock in the service earlier this year, sales growth was all of a sudden flat, the company wasn't gaining any market share, just kind of growing at the industry average, profitability had dropped over the same time period.

Basically, here, you're looking at a few different factors. You can look at sales growth, profitability, so, some of the financials. You can look at market share or competitive position. In this case, their early thesis with Blue Nile was that, as an online provider of engagement rings, they can sell cheaper prices, they can be a more convenient solution. And theoretically, they should be able to gain market share. But that wasn't really playing out, especially over that period of a decade.

Then, another thing you can look at is capital allocation. How is management allocating the cash that the company is generating? In the case of Blue Nile, the company was still producing some cash flow. Over the past five years or so, that amount started to dwindle, and the cash that they were generating, they were buying back the stock, buying back shares. And that turned out to be a really terrible investment, because the shares have dramatically underperformed. They're down about 8% over the past five years. So that's a lousy capital allocation decision on the part of management.

And then, the co-founder and CEO, Mark Vadon, he left in 2013. So all of a sudden, you have a business with deteriorating financials, a weak competitive position, or, certainly they're not in a position where they're gaining market share, and then you have the co-founder and CEO leaving and going to another company, Zulily, in 2013. A combination of all those factors shows a deteriorating business.

Lewis: That is, in a lot of ways, the perfect example. Pretty much touched on every different element of the deteriorating business that we mentioned there.