When an acquisition is a sign for long-term investors to move on or re-evaluate their position. 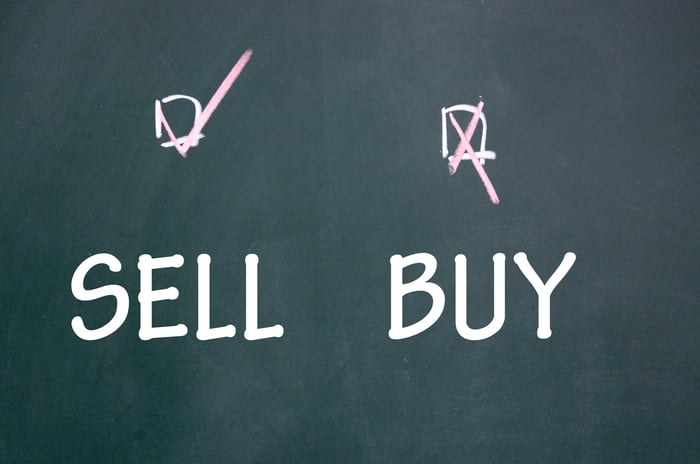 Even long-term investors are sometimes better off selling a company than hanging on to one that's not going to perform like it used to.

In this clip from Industry Focus: Tech, Dylan Lewis and David Kretzmann talk about why a long-term investor might want to sell off a company, or at least reevaluate their investment, after an acquisition.

Dylan Lewis: No. 4 for us is: The company has been bought out. LinkedIn is one of the companies we want to discuss here. A high-profile example of this is the Microsoft (MSFT 0.13%) acquisition of LinkedIn (LNKD.DL). In June, Microsoft announced they were buying LinkedIn for $26.2 billion, $196 per share, in an all-cash deal. You look at LinkedIn shares now, and they're trading around $192, give or take, there's a little hover there. The deal is supposed to close at the end of the year. And I think you have some investors who are like, "OK, it's at $192 now, closing price is $196, eventually I'll get that 4% lift if I hold on." I think there's a decent case to be made for LinkedIn shareholders that you've experienced the bump that you're going to get from the acquisition. If you have anything else you want to do with that money, it's very understandable to just sell those shares and actually have liquid assets to work with.

David Kretzmann: Absolutely. I think the one reason you might want to hold shares is mainly for tax reasons. If you bought the shares in a taxable account within the year, it would make sense to hold the shares past that year mark, because then the capital gains taxes you would pay go down. Otherwise, yeah, it makes sense to sell. In the case of the Microsoft and LinkedIn acquisition, there's very little chance of a competing offer coming through or the deal falling through.

Lewis: Yeah, the boards are on board here. It seems like a pretty open-and-shut case. I don't think there's going to be any competitive regulatory issues. Is it worth holding out for that extra $4? Unless it impacts your holding period, like you talked about -- that was a great point -- probably not.

On the flip side, another one to think about, a different type of deal and a different consideration here, another deal announced in June -- Tesla [Motors] (TSLA 0.08%) said it would be acquiring SolarCity (SCTY.DL) for $2.6 billion in an equity deal. The terms here: SolarCity stockholders will receive 0.11 Tesla common shares per SolarCity share. So if you owned 10 shares of SolarCity, after the deal closes in Q4, you would now own 1.1 shares of Tesla. I think it boils down to, if you don't want to be a Tesla shareholder, you should probably sell your SolarCity shares prior to the company transferring over.

Kretzmann: Exactly. And there can be deals that are in between. It might be a cash and equity deal, or something like that. But in a situation like Tesla and SolarCity, if you're a SolarCity shareholder, you want to evaluate whether or not you want to be an owner of Tesla shares. That's really the question. If you don't want to be a Tesla shareholder, you sell. So, you evaluate the management. Do you believe in Elon Musk's vision? Do you like the financial situation of Tesla and SolarCity combined? Do you like the market prospects? All of those things would be things you want to take into account.

Lewis: Yeah. So, we realize we showed the two ends of the spectrum there in acquisitions. There are some blended deals. But I think that gives you a little bit of flavor for the different considerations.