Plenty of investors ask, "What is a defensive stock?" So, we answered. Here's a list of just a few of the top defensive stocks you can buy on the market today. 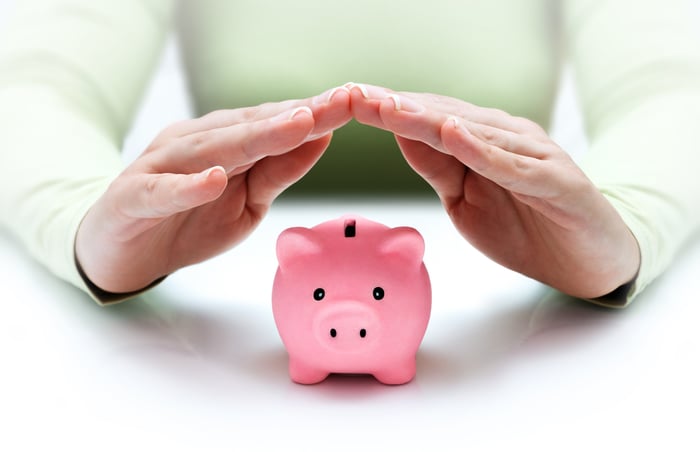 In investing, as in sports, sometimes the best offense is a good defense. This idea is embodied by Warren Buffett's famous edict, "Rule No. 1: Never lose money. Rule No. 2: Never forget rule No. 1." So, what exactly is a defensive stock?

Generally speaking, defensive stocks are stocks whose sales and earnings tend to remain fairly consistent regardless of the current state of the economy. They are the kinds of stocks consumers purchase no matter where we are in the business cycle; businesses that operate in sectors like utilities and consumer staples. Here are a few examples of defensive stocks:

Data source: B of A Merrill Lynch.

To be sure, this list omits plenty of attractive defensive stocks, and you can certainly get a few more ideas here. Let's dig deeper into what makes NextEra Energy (NEE 0.44%), CVS Health (CVS 0.92%), and Philip Morris International (PM 1.80%) particularly intriguing defensive stocks today.

What do you get when you combine a leading developer of renewable energy assets with one of the premier regulated utilities in the U.S.? NextEra Energy.

NextEra Energy's business is largely divided into two massive utilities businesses: Florida Power & Light and NextEra Energy. The Florida Power & Light segment produced roughly 70% of the company's sales in its most recent quarter and serves as the nation's third largest public utility. The NextEra Energy Resources division accounts for effectively all of the company's remaining sales and generates power through a mix of nuclear, wind, and solar power. The company's operations become somewhat more complex beyond this general overview, but NextEra Energy generated close to $17 billion in annual sales last year. As you might expect with a utility, NextEra Energy's operations are relatively stable and profitable.

What's more, NextEra has also moved aggressively to capitalize on the swoon in energy prices, particularly in natural gas. In addition to an already-favorable EPS growth outlook -- analysts estimate EPS will grow 7% annually over the next five years -- NextEra also bid to purchase 80% of the Dallas-based Oncor transmission and distribution utility for $18.4 billion earlier this year. Analysts argue the deal should prove at least moderately beneficial for NextEra, and that its 21 times P/E ratio indicates the market has yet to adjust for the deal's possible positive impact. With a 2.8% dividend yield, stable core businesses, and outsized growth potential, NextEra looks like one of the more exciting opportunities in the relatively sleepy defensive utilities sector.

As the nation's second largest pharmacy operator -- it runs over 9,600 retail drugstores -- CVS Health is ideally positioned to capitalize from a number of industrywide and business-specific tailwinds.

At a macro level, the aging baby boomer population itself figures to be a boon for U.S. healthcare stocks in general. Consider this stat I shamelessly lifted from my Foolish counterpart Brian Feroldi: Over 10,000 baby boomers will turn 65 every day for the next 19 years. Since, on average, half of individuals' lifetime healthcare costs occur in their senior years, the outlook for secular growth in the healthcare industry figures to balloon alongside this demographic shift.

Beyond industry tailwinds, CVS Health's status as the nation's second largest pharmacy benefits manager, or PBM, also positions the company for continued growth in the coming years. Given the outsized negotiating power this brings it, CVS Health should be able to help contain growing medication prices, which should help it attract and retain more customers. A hallmark of defensive stocks, CVS Health enjoys an impressive 97% customer retention rate among its PBM clients.

What's more, thanks to the universal mandate in Obamacare, the number of those insured is set to grow in the coming years, which should help CVS Health continue to grow its customer base. The company also offers a nice 1.9% dividend, and its 35% payout ratio and favorable business outlook should provide plenty of room for dividend growth in the coming years.

Investing in so-called "sin stocks" like Philip Morris comes with its own sets of questions, and it's up to each investor to determine his or her level of comfort with the matter. Either way, the fact remains that tobacco product companies like Philip Morris are fantastic options to protect and grow one's investment savings.

Its more recent years' results have been hamstrung to a surprisingly powerful degree by the tremendous strength of the U.S. dollar, a macroeconomic event that cannot continue indefinitely. For example, the dollar's rise has negatively impacted Philip Morris' reporting for at least eight consecutive quarters, shaving off as much as $1.4 billion in sales and $0.37 in EPS in a single quarter at one point. When this trend normalizes, Philip Morris' high single-digit growth potential will once again reveal itself, which should carry positive results for its stock price. With a 4% dividend and a product consumers tend to purchase regardless of the state of the economy, Philip Morris International seems like yet another attractive defensive stock for investors to add to their portfolios.

Andrew Tonner has no position in any stocks mentioned. The Motley Fool recommends CVS Health. We Fools may not all hold the same opinions, but we all believe that considering a diverse range of insights makes us better investors. The Motley Fool has a disclosure policy.