Please ensure Javascript is enabled for purposes of website accessibility
Log In Help Join The Motley Fool
Free Article Join Over 1 Million Premium Members And Get More In-Depth Stock Guidance and Research
By Cory Renauer – Sep 16, 2016 at 9:43AM

Shares of the clinical-stage vaccine maker are getting hammered following a phase 3 failure. 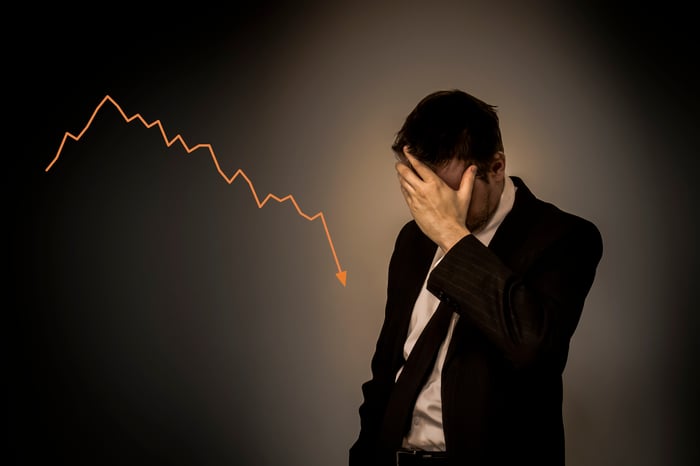 This morning is a rough one to be a Novavax, Inc. (NVAX -2.15%) shareholder. The stock has given up about 84% since an announcement after the market closed yesterday that the company's RSV F Vaccine failed to meet primary and secondary goals in an 11,850-patient trial. 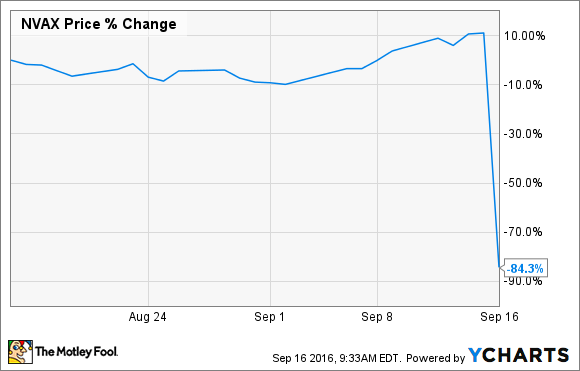 Last August, the RSV F Vaccine became the first immunization, after over 50 years of trying, to show a significant decrease in respiratory illness due to respiratory syncytial virus (RSV) in a clinical trial.

The previously successful trial split 1,600 patients into two groups. Among those receiving a placebo, 39 showed RSV symptoms, compared to just 23 among the people injected with the vaccine. This result was just enough to be considered statistically significant.

The secondary goal, numbers, and percentages of patients with RSV acute respiratory disease trended slightly in the vaccine's favor. Unfortunately, an observed p-value of 0.32 isn't anywhere near the 0.05 level generally considered significant.

The results were shockingly bad, but Novavax isn't throwing in the towel. In a conference call following the announcement yesterday, the company's chief of research and development, Gregory Glenn, blamed the results on unusually low seasonal RSV attack rates during the phase 3 trial's observation period. The argument might hold a few drops of water, but it goes against Glenn's statements following the end of the latest RSV season, this May, that claimed attack rates were consistent with previous years.

Whatever the reason for the failure, the odds of RSV F Vaccine eventually earning an approval are extremely slim, but the disease burden associated with RSV is high enough that it's certainly worth another look. Around the globe the virus is the second-leading cause of death in children under 1 year old. Among U.S. children under 5 years of age, it leads to 2.1 million outpatient visits and 57,527 hospitalizations each year.

Following the phase 3 flop in older adults, the vaccine's chances of hitting the company's peak sales estimate of between $6 billion and $8 billion is somewhere in the ballpark of zero. But an ongoing phase 3 trial with RSV F Vaccine in healthy pregnant women might allow Novavax to salvage something from the wreckage.