Big Blue has been on a nice run of late, but there are still challenges that could trip up the cloud king’s stock.

So far, so good for shareholders of IBM (IBM -0.33%) in 2016. This year IBM stock has slowly but surely gathered momentum, climbing nearly 15% in 2016 as of the close of Sept. 12's trading. The relative strength of IBM's performance is based on confidence that CEO Ginni Rometty's "strategic imperatives" push is beginning to take hold.

That said, there's no shortage of pundits who believe that IBM's positive momentum has run its course, and that tepid sentiment is just one possible red flag as we head into the final quarter of the year. Like others in the midst of significant transitions -- Microsoft (MSFT 0.13%) comes to mind -- IBM is in a somewhat precarious position. That doesn't mean investors should run for the hills, but there are several key areas that warrant a close look in the months ahead. 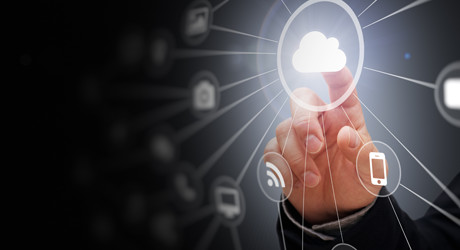 With a consensus price target of just $160 per share (it closed Sept. 12 at $158.29) and a fairly negative sentiment from the Street, IBM stock could be subject to the whims of negative momentum driven by analysts, and its institutional ownership, which sits at 60% right now.

As the year draws to a close, institutional investors will sometimes sell shares to lock in gains for their clients and pad annual results rather than make a decision based on long-term growth potential. That, combined with the lack of confidence analysts have shown in 2016, could put IBM stock under pressure.

Of course, long-term investors know making a trading decision based on analysts' opinions -- either positive or negative -- is no way to invest. Analysts are paid to make recommendations based on the coming months, not years. But the reality is IBM shareholders could see a dip, albeit a short-term one, if its stock ends up on the wrong end of analysts' or institutional investors' momentum.

Despite slightly declining total revenue and the aforementioned lukewarm feeling from analysts, IBM stock is performing solidly this year thanks to delivering on its strategic imperatives, which include the cloud, big data, cognitive computing-based analytics, the Internet of Things (IoT), and security. That's the good news.

The not-so-good news is that if IBM's strategic imperatives show any signs of slowing -- combined, the group of key units generated $8.3 billion in sales last quarter, good for a 12% improvement -- investors are going to have a difficult time overlooking its other shortcomings.

IBM's year-over-year total revenue dropped 3% to $20.2 billion in Q2 -- which has been a recurring theme -- and its 23% per-share earnings nosedive to $2.95 on a non-GAAP basis (excluding one-time items) will be harder to overlook if its strategic imperatives don't deliver. Microsoft, on the other hand, enjoyed a 2% increase in revenue last quarter, even as it continues its shift to delivering software-as-a-service via its cloud platform, Azure.

IBM is quick to point out that "we grew our R&D investment, closed 11 acquisitions for more than $5 billion, and invested nearly $2 billion in capital expenditures" in the first six months of 2016. Nearly all of the deals were made to bolster IBM's strategic-imperatives efforts. There's certainly nothing wrong with investing in the future, both organically via R&D spend and through acquisitions, as IBM continues its transition.

But at some point it will be time to circle the wagons and drive growth utilizing the products and services on-hand. As it stands, IBM's expenses continue to climb, to the tune of 13% so far this year compared with the first two quarters of 2015. Microsoft has also successfully shifted its focus to the cloud and associated solutions but cut overhead across the board last fiscal year.

Not surprisingly, IBM's margins have been squeezed as it spends to foster growth. But how long can overhead climb, margins shrink, and per-share earnings decline before investors say "enough already"? This is a crucial time for IBM, and it's well on its way to succeeding in new, fast-growing markets. But there are still hurdles ahead that, if not navigated successfully, could cause IBM's stock to fall.

Tim Brugger has no position in any stocks mentioned. The Motley Fool owns shares of Microsoft. We Fools may not all hold the same opinions, but we all believe that considering a diverse range of insights makes us better investors. The Motley Fool has a disclosure policy.