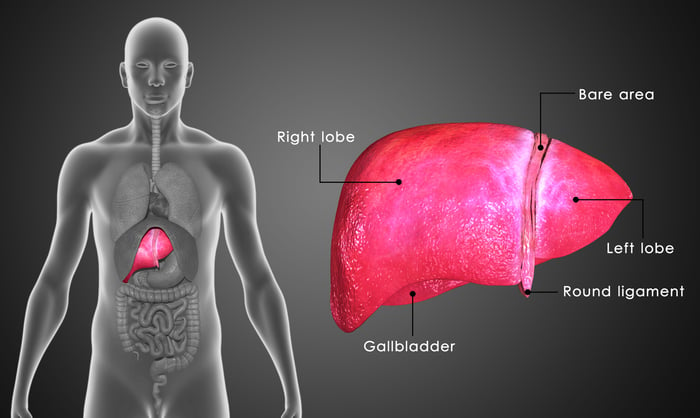 Tobira Therapeutics (NASDAQ: TBRA) is up more than 700% today after Allergan (NYSE:AGN) announced that the big biotech was purchasing its smaller brethren.

"Minute" brethren might be a better description. Before today, Tobira Therapeutics had a market cap of less than $100 million. You're excused if you've never heard of the company before.

Nevertheless, Allergan liked what it saw. Tobira Therapeutics is developing drugs for non-alcoholic steatohepatitis (NASH), a hot, new area of liver disease where inflammation of the liver causes fibrosis that can eventually lead to liver failure.

Allergan is paying Tobira's shareholders $28.35 per share, in cash, and giving them Contingent Value Rights (CVRs) that could pay up to $49.84 per share if "certain development, regulatory and commercial milestones" are met. Investors are already factoring in the potential for some of those payouts, with Tobira Therapeutics trading about $10 higher than the cash payment.

Tobira Therapeutics' investors are arguably getting a great deal, here, but that doesn't necessarily mean Allergan is overpaying.

Investors had left Tobira Therapeutics for dead after one of the company's drugs, cenicriviroc, missed its primary endpoint in a phase 2 clinical trial in July. Tobira still planned on running a phase 3 trial with cenicriviroc and has another drug in its pipeline, but digging out of that hole would have been costly to investors. Tobira ended June with $41 million in the bank, so when valuing the company, investors had to factor in additional capital raises, which would have substantially diluted shareholders.

Allergan is only paying about $533 million in cash for rights to the drugs, which doesn't seem too outrageous. The price tag goes up to about $1.7 billion if Tobira's drugs are successful, but Intercept Pharmaceuticals, which is much further along with its NASH drug, obeticholic acid, is a $4 billion company. Seems like a decent return on investment if Allergan is right about the drugs' potential.