The general partner seems more complex than other MLPs -- until you understand how it makes money.

Energy Transfer Equity (ET 0.55%) is a behemoth in the energy infrastructure space. However, as the company has grown, it has become increasingly complex, which makes it tougher for some investors to understand what it owns and how it makes money. For visual learners, the following three charts should help to demystify the complexity.

The best way to understand Energy Transfer Equity's corporate structure is to see the big picture of how the company and its various entities relate to each other: 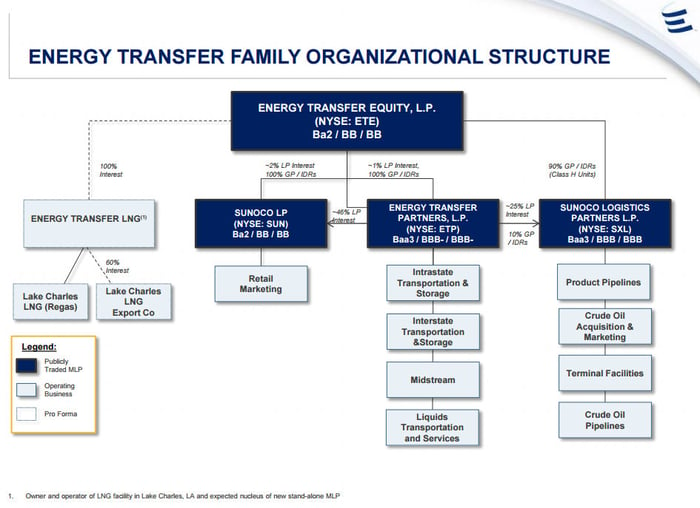 This next chart shows what those various streams mean for Energy Transfer Equity's bottom line. 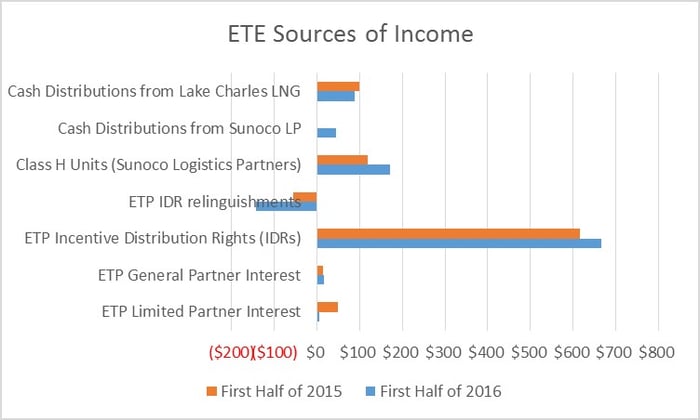 That chart makes one thing abundantly clear: Energy Transfer Equity derives the bulk of its income from its ownership interest in Energy Transfer Partners, with incentive distribution rights (IDRs) providing the bulk of its earnings. In fact, through the first six months of this year, $543 million of its $846 million in revenue came from that one entity, which is 64% of the total. 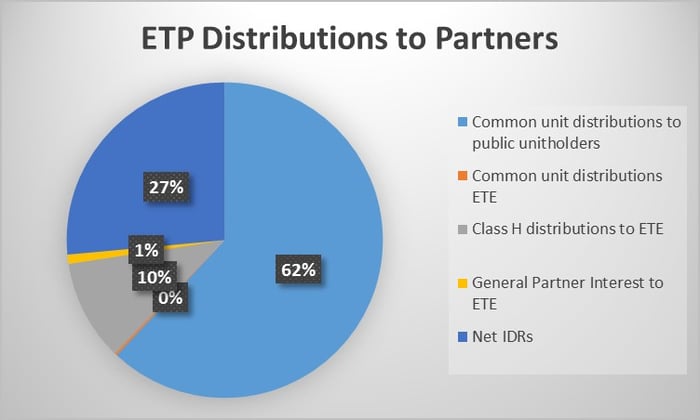 Energy Transfer Equity is much more complicated than the average general partner MLP. That said, at its core, it is a holding company for ownership stakes in four other entities, with the bulk of its earnings coming from IDRs at its namesake MLP. Those IDRs are critical because they give it an outsize share of the cash flow generated by its MLPs.