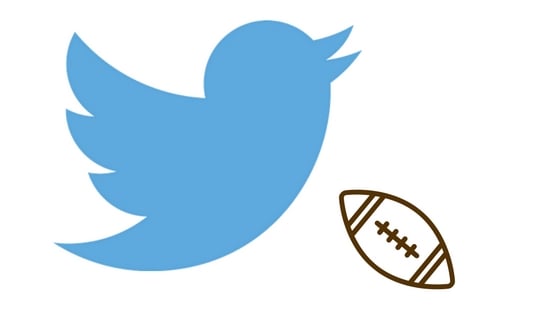 Last Thursday, Twitter (TWTR 2.57%) streamed the first of 10 Thursday Night Football games it secured the rights for over the summer. Many analysts and marketers had high expectations going into the event. Marketers were paying nearly half as much for a commercial on Twitter as they were on CBS -- the network that was broadcasting the game on television.

While the technical aspects of the stream were a success, Twitter failed to capitalize on the opportunity to draw more users to Twitter and establish a solid new revenue stream for the company.

Unfortunately, that's the biggest area where Twitter fell flat. Instead of a curated feed of interesting and engaging tweets from experts, journalists, former players, and other personalities on Twitter, all we got was a stream of tweets that used the #TNF hashtag. The result was an uninteresting feed of content that distracted from the game more than enhanced it.

Where are those 800 million people?

Twitter consistently brings up its total audience strategy, which combines its 313 million users and 500 million unique monthly visitors that don't log in. In Twitter's first quarter letter to shareholders, CEO Jack Dorsey wrote the NFL deal "will also show people who don't already use Twitter that our service is the destination for live events and the conversations around them."

But that 800 million user audience only generated 2.3 million views. Importantly, that indicates that not many people that weren't already on Twitter before last Thursday went to the website to view the game.

Twitter did a poor job promoting the fact that Thursday Night Football is going to be streaming on its website and app. Last fall, the company ran a branded campaign around Moments during the baseball World Series and high-profile NBA basketball games. But it didn't have an ad campaign promoting its NFL stream despite the $10 million it spent on the rights and the high stakes it has riding on the game to grab a larger share of digital video advertising money.

The details of Twitter's deals with advertisers are unknown. With such a small audience, Twitter may be required through some of its contracts to make-good on delivering a certain audience for marketers. That could mean some of its video ad inventory could be used up without generating any additional revenue. But that's just speculation on my part.

The bigger long-term impact is that marketers sitting on the sidelines, waiting to see the results of Twitter's big streaming event won't be compelled to bid on future streaming events.

Twitter is banking on attracting a growing portion of digital video ad budgets with both big live events, the integration of Persicope on Twitter, as well as pre-recorded video in users' timelines. In fact, the company points to the transition from legacy promoted tweets with text and links to video ads as a reason for its slowing revenue growth. However, it expects the superior return on investment for video ads will eventually produce stronger ad revenue while maintaining its relatively low ad load -- i.e. the number of ads users see in their timelines.

Consider, however, that video ads are costlier to produce than a simple text-based or even image-based advertisement. So, video advertisers require a certain base audience size to make it worth their while to produce a video ad in the first place.

Twitter's lack of a significant audience for Thursday Night Football is telling of the struggles management faces in attracting an audience large enough to draw more of those valuable video advertisements to its platform.

Adam Levy has no position in any stocks mentioned. The Motley Fool owns shares of and recommends Twitter. Try any of our Foolish newsletter services free for 30 days. We Fools may not all hold the same opinions, but we all believe that considering a diverse range of insights makes us better investors. The Motley Fool has a disclosure policy.