Read on to see the stocks and ETFs that made headlines as indexes fell on Friday.

Stocks declined on Friday following two straight days of solid gains. The Dow Jones Industrial Average (^DJI 0.10%) and the S&P 500 (^GSPC -0.12%) indexes never made it into positive territory during the trading session but finished the week with modest losses.

Oil continued its volatile trading as a drop in crude oil prices helped push United States Oil (USO -0.87%) to a 3% loss on the day. Emerging markets were under pressure as well, which produced an over 1% decline in iShares MSCI Emerging Markets (EEM 0.38%), reversing all of yesterday's gain.

As for individual stocks, Finish Line (FINL) and Oshkosh (OSK -0.59%) both made notable moves lower on Friday after updating investors on their business outlooks.

Finish Line's stock dropped by 6% after the mall-based footwear and apparel retailer announced fiscal second-quarter earnings results. The headline numbers were healthy, given the overall soft selling environment. Revenue rose by 5% to edge past consensus estimates as comparable-store sales growth accelerated to a 5.4% pace from last quarter's 1.5% uptick. Detracting from that success was a significant drop in profitability that saw gross margin fall to 31% of sales from 33% in the prior year thanks to price cuts. The profit pain flowed down to the bottom line, where net margin sank to 4% of sales from 5% last year.

Still, expense discipline helped Finish Line hit management's earnings target for the quarter. And the stronger inventory position puts the retailer in better shape headed into the holiday crunch. "With our enhanced supply chain now operating efficiently, our focus shifts to streamlining our organizational structure to optimize productivity, adapt more quickly to market changes and better serve our customers," CEO Sam Sato said in a press release. Executives affirmed their full-year guidance that calls for 4% comps growth and earnings of $1.53 per share, which would mark its best results in three years .

Specialty vehicle producer Oshkosh fell 10% as investors reacted harshly to its updated sales and profit outlook. In an investor conference on Friday the company had plenty of good news to report, including the fact that management expects revenue of as much as $6.2 billion in the current fiscal year – compared to consensus estimates forecasting $6.1 billion. 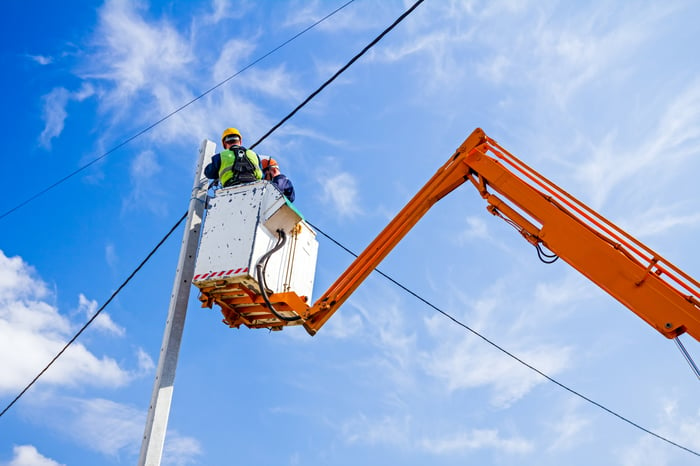 Executives see especially strong demand in the defense, fire & emergency, and commercial segments, which will help make up for persistent weak conditions in its access equipment division (that includes aerial work platforms, telehandlers, and towing equipment). "Looking to next year, we anticipate increases in revenue, operating income and EPS despite expected lower sales and operating income in our access equipment segment," CEO Wilson Jones said in a press release .

The 2018 earnings forecast was significantly below consensus estimates, though, which helps explain why the stock fell on Friday. Jones and his team project $3.20 per share of profit, compared to the $3.56 per share that analysts were hoping for. Free cash flow will also drop sharply – down from $400 million this year to roughly $0 in 2017 -- as the company ramps up investments in international expansion . Executives believe both numbers will improve in subsequent years.