A new survey shows that the average American has less than $1,000 in their savings account.

It will probably come as no surprise to you that the average American has less in their savings account than financial planners recommend. According to a new survey by GoBankingRates.com, more than half of Americans have savings account balances below $1,000.

That doesn't go far when you consider that even a moderately serious car repair could set you back more than twice that amount -- I would know; I paid for one last week. And it wouldn't put a dent in the costs to treat a serious medical ailment. 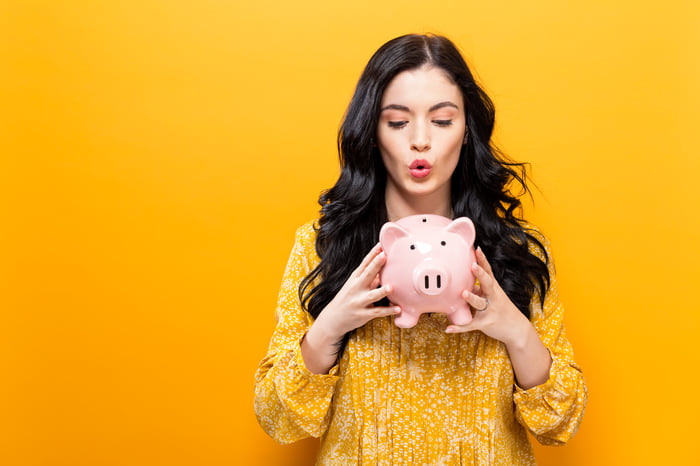 The state of savings in America

For many Americans, the situation is even more dire. The same survey found that 34% of the 7,000-plus respondents had savings account balances of $0. That's up 6 percentage points from last year, when the figure was 28%.

This is a problem when you consider that financial planners tend to recommend that people have enough in savings to cover three to six months' worth of living expenses. Even for those at the bottom of the socioeconomic ladder, that easily equates to $10,000 or more. 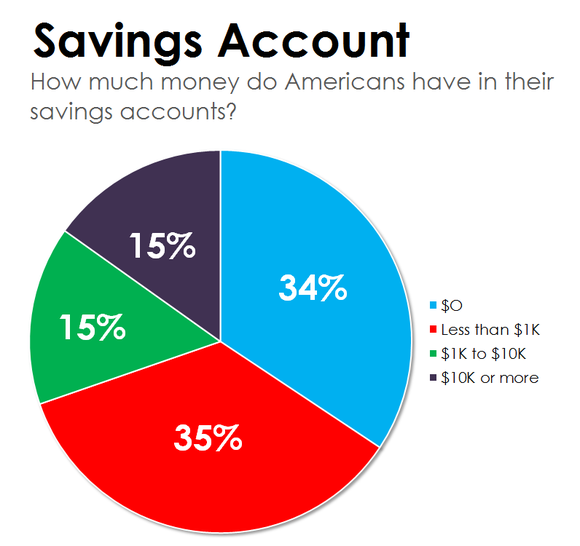 Young people tend to be the most behind in this regard. The GoBankingRates.com survey found that 37% of seniors aged 65 and up have at least $1,000 in their savings accounts, compared to only 27% of young millennials (aged 18 to 24).

There's also a disparity between men and women, as the latter are more likely to have no savings whatsoever. The survey found that 42% of women respondents had $0 in savings, compared to 28% of men.

The underlying problem is that most people tend spend as much as -- if not more than -- they earn. One could even argue that this is the essence of the American economy, which looks to consumer spending for upwards of 70% of gross domestic product (GDP).

How I learned to save more money

Reversing this trend takes discipline -- or, in my case, marriage.

Prior to getting married in 2008, I too tended to overspend. I wouldn't think twice about dropping $50 or more at a bar on a Friday night, or getting a soda every time I went out to eat, or a Starbucks coffee whenever I left the house. My wife, who was born to save money, put a stop to this.

By eliminating superfluous spending, and earning a reasonable living, my wife and I are now able to save a quarter or more of our income.

It helps that the government encourages Americans to do so through lucrative tax breaks aimed at boosting retirement savings. In my case, for instance, because I'm a contract writer for The Motley Fool, and thus self-employed for legal and tax purposes, I can reduce my taxable income by as much as 25% simply by contributing to a self-employed person's IRA, or SEP-IRA (the acronym officially stands for "simplified employee pension individual retirement arrangement").

What I've learned is that saving money takes sacrifice. But that sacrifice, while inconvenient and uncomfortable in the short run, will pay off in spades when you retire.