CEO Mary Barra wants the world to know that GM is a "compelling investment opportunity," with the potential for significant profit growth over the next several years. Image source: General Motors.

In a comprehensive "Strategic and Operational Overview" document released this past week, General Motors (NYSE:GM) reaffirmed its upbeat profit guidance. The company said its cost-cutting efforts were going even better than expected -- and once again sought to make the case that its stock is a "compelling investment opportunity" right now.

What GM said about its 2016 profits and cost-cutting efforts

GM's overview reaffirmed the increased profit guidance that GM gave during its second-quarter earnings presentation on July 21. For 2016, GM expects to earn between $5.50 and $6 a share, up from a strong $5.02 per share in 2015.

GM also said that it expects to exceed its previously announced goal of achieving $5.5 billion in "operational and functional" cost savings by 2018. GM had already cut $3.1 billion in costs from the beginning of 2015 through the second quarter of 2016, "more than offsetting incremental investments in engineering, brand-building, and technology." 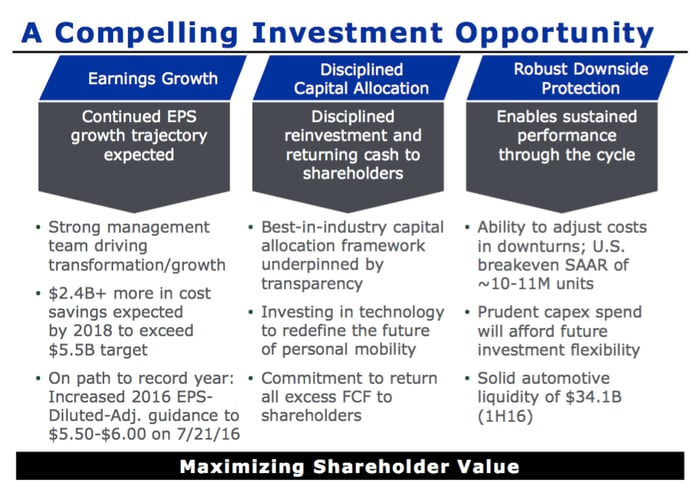 The document, presented as a 54-page slide deck, is the latest in CEO Mary Barra's ongoing effort to persuade investors that GM is "a compelling investment opportunity."

Customer-focused products drive earnings. One theme heard often during Barra's tenure is that GM is now committed to "putting the customer at the center of everything we do." 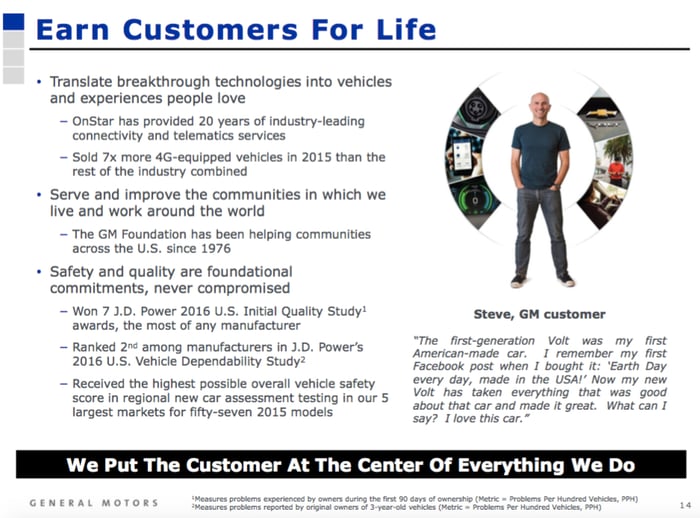 As GM sees it, its increased focus on developing high-quality, safety-minded products that deliver competitive features at good prices has been the key driver of its much-improved profits and margins over the last few years. That's true.

GM is aiming to lead in future tech. Another theme we've heard repeatedly from Barra: GM isn't waiting around to be "disrupted" by tech companies moving aggressively into the automotive space. 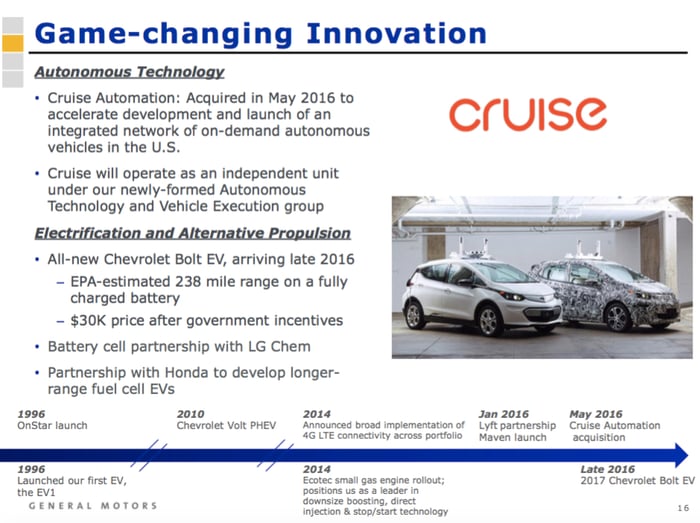 It's leveraging its two-decade-old OnStar service to position itself as a leader in vehicle connectivity, while making substantial, credible moves into autonomous-driving technology, electric vehicles, and ride-hailing and car sharing services.

GM executives are focused on delivering results to shareholders. The "capital allocation framework" that GM announced last year emphasizes reinvesting profits in opportunities that offer a likelihood of high returns, maintaining an investment-grade balance sheet and a strong cash reserve, and returning all excess free cash flow to shareholders. 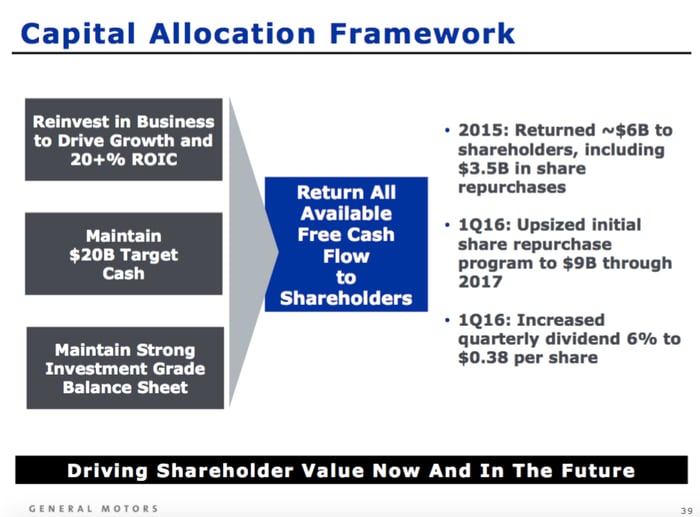 GM is prepared for a cyclical economic downturn. GM says that it will break even or turn a profit as long as the pace of auto sales in the U.S. stays about 10 million to 11 million per year. That's roughly the pace we'd expect to see at the trough of a very deep recession. 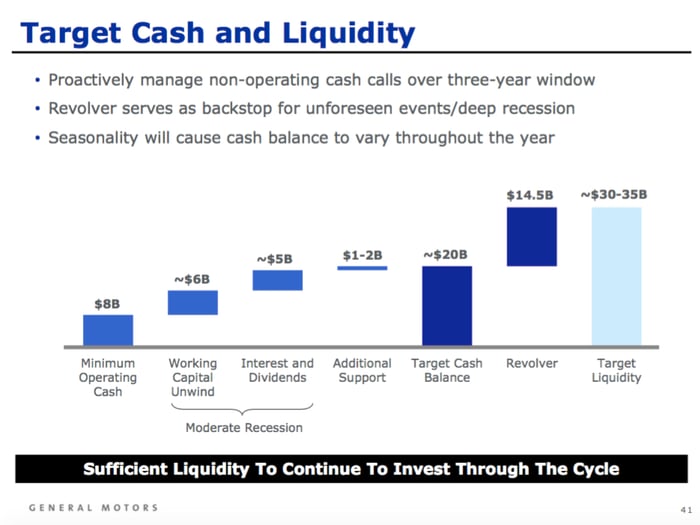 If profits should prove scarce for several quarters, GM's $34.1 billion in cash and credit lines will allow it to sustain new-product development -- so that it doesn't lose ground once sales begin to recover.

GM's dividend yield is strong, but it's a growth story, too. This is another point that Barra has repeatedly emphasized in recent months: GM expects to show significant profit growth over the next several years. GM is well-positioned for long-term growth in China and key emerging markets, its long-term plan to boost Cadillac is expected to double the high-profit brand's global sales to 500,000 a year or more by about 2020, and it's taking advantage of what Barra calls "adjacent" opportunities with global expansions of the OnStar service and GM's fast-growing financial-services arm.

Is it really a "compelling" story?

I have thought GM is a compelling story for a while. Picking up on the good work done by her now-retired predecessor as CEO, Dan Akerson, Barra really has driven a sea change in GM's culture and orientation. Its much-improved products, disciplined focus on profitability, and aggressive moves to embrace emerging technologies have presented it with some big opportunities to sustainably boost profits over the next several years -- and Barra intends to grab them.

Right now, GM's 4.7% dividend yield should draw attention. CFO Chuck Stevens has explained why GM's dividend should be sustainable through a downturn. And Barra has put GM on track for substantial growth in profits and margins over the next five to seven years.

It may take a while before GM's share price rises to match its profit potential, but investors who buy at current prices and reinvest that fat dividend while waiting might be very happy with the results once Barra's vision for GM fully unfolds.