The financial services company has kept up a breakneck pace for a long time, but could it be coming to an end? 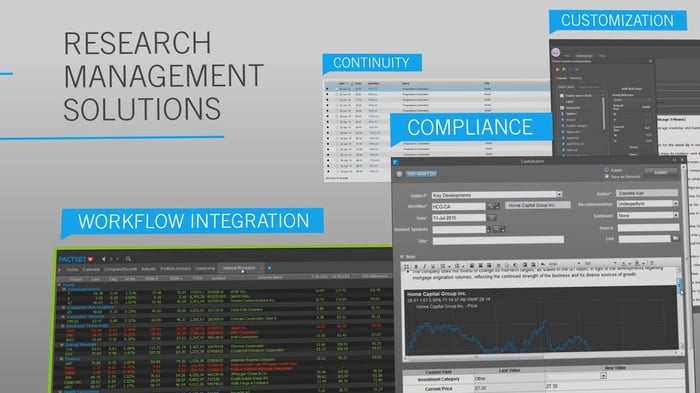 Serving the financial industry with the information it needs to do its work well is vital, and financial information provider FactSet Research Systems (FDS 0.22%) has set itself apart with its high-quality offerings. The company's clients apparently agree, with a growing list of customers supporting FactSet's reputation.

Yet investors have high expectations of the company, and coming into Tuesday's fiscal fourth-quarter financial report, FactSet shareholders wanted to see aggressively high growth rates continue. FactSet fell just short of the levels investors expected, and its guidance also suggested some potential slowdowns on the way. Let's take a closer look at how FactSet Research Systems did, and what lies ahead for the company.

FactSet's fiscal fourth-quarter results certainly weren't terrible, but they nevertheless fell short of what many were hoping it would manage. Revenue climbed almost 10%, to $287.3 million, but that was a few million dollars less than the consensus forecast among those following the stock. GAAP earnings were boosted by a one-time sale, more than doubling last year's net income and posting profit of $144.3 million. But taking out sale-related gains, adjusted earnings of $1.69 per share missed expectations by $0.01.

Looking at FactSet's numbers, most of the positive trends that we've seen recently continued. Annual subscription value climbed about 9%, to $1.15 billion, with the organic portion of that amount rising by $29 million over the past three months. Once again, growth on the buy side of FactSet's business outpaced sell-side growth by almost 1.5 percentage points, and buy-side clients still predominate within FactSet's book of business.

From an operational perspective, FactSet kept firing on all cylinders. Retention stayed steady at 95% of subscription value, and 94% when measured in terms of the number of customers without regard to the amount of business they do with FactSet. Despite having sold its Market Metrics business, FactSet brought on a net total of 17 new clients, bringing total client counts to nearly 3,100. User counts rose by more than 2,100 to almost 65,700, and employee headcount climbed by more than 13%.

CEO Phil Snow once again didn't mince words about FactSet's performance. "We continue to build market share," Snow said, and "our broadening suite of products allows us to partner with our clients to address an increasingly larger percentage of their enterprise workflow."

The main problem with FactSet's results was that they hinted at a minimal slowing in its growth rate. FactSet's guidance was another source of anxiety on that front. For the first quarter of the new fiscal 2017 year, FactSet expects sales of $286 million to $292 million, which is at the low end of investor expectations. Similarly, adjusted earnings guidance for $1.68 to $1.72 per share would at best match current projections among investors, and even growth of nearly 15% might not be enough to satisfy shareholders who've gotten used to even faster growth.

Still, FactSet is working hard to try to satisfy shareholders. Stock-repurchase activity accelerated at FactSet during the quarter. On July 1, the company executed an accelerated buyback agreement, putting $120 million to work in exchange for about 600,000 shares now, and more shares in the current quarter. In addition, FactSet's existing share repurchase authorization led to purchases of more than a quarter million more shares for $42.8 million.

Nevertheless, FactSet investors focused on their fears of slower growth, sending the stock down about 7% on Tuesday following the announcement. All high-growth companies eventually see their growth rates slow, but FactSet's fundamental strength suggests that its business could keep thriving even if investors aren't entirely happy with how the stock responds.

Dan Caplinger has no position in any stocks mentioned. The Motley Fool owns shares of and recommends FactSet Research Systems. We Fools may not all hold the same opinions, but we all believe that considering a diverse range of insights makes us better investors. The Motley Fool has a disclosure policy.

FactSet Stock Is Beating the Market in 2022. Is It a Buy?

Buy This Stock Before It Becomes a Dividend Aristocrat
357%