The iDevice maker appears to be planning to migrate iPad processors to newer manufacturing technologies first in order to pave the way for better iPhone chips. Long-time followers of Apple (AAPL -1.38%) know that, for the most part, the iDevice maker puts out two versions of each of its processors. The first variant of a given chip family, marketed as A-something (A7, A8, A9, etc.), is targeted at the company's iPhone. Then, later on, the company will put out a more powerful 'X' variant of that same iPhone chip (A8X, A9X, etc.) that's aimed at its iPad line.

Over the last several generations, the iPhone version of an Apple chip and its iPad counterpart have been built on the same (or very similar) manufacturing technologies (this was true for the A6/A6X, A8/A8X, and A9X).

However, it is starting to look as though, at least over the next couple of generations, this strategy is poised to change. Allow me to explain.

A10/A10X should mark an interesting shift

This actually makes a lot of sense for a couple of reasons. Firstly, the A10X is likely to be much more feature rich than the A10, especially in graphics, so it should benefit from the area reduction that the newer 10-nanometer technology delivers relative to the older 16-nanometer technology.

In other words, the A10X might simply become too big to be able to manufacture economically if Apple were to try to build it in the older 16-nanometer technology. 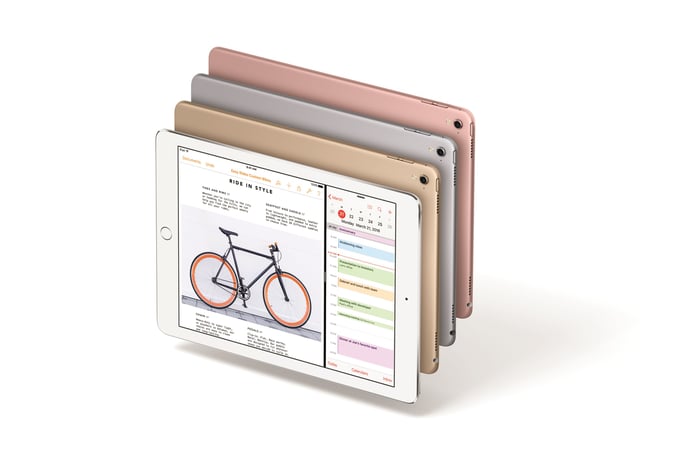 However, there's likely more to the story. TSMC's 10-nanometer manufacturing technology is expected to go into production later this year, so the A10X will likely be one of the first products built on that technology (assuming a spring launch for the new iPads).

The A10X could serve as something of a "pipe cleaner" for this new technology, allowing TSMC and Apple to gain experience ramping millions of units of a complex mobile system-on-a-chip product, before the two companies bring the iPhone-bound A11 chip into production roughly six months afterwards.

iPad ships in far smaller volumes than iPhone does, and iPad is substantially less important to Apple's top and bottom lines than iPhone. If something goes wrong with the ramp of the A10X (say, for example, manufacturing yields are bad), then there's time to try to work out those issues before TSMC is tasked with building close to 100 million A11 chips on that process for the second half of 2017.

In other words, it's smart risk management.

Expect to see this continue for another generation

Beyond the A11X and A12, I expect this strategy to take something of a breather. Indeed, unlike 10-nanometer -- which TSMC has indicated will be a fairly short technology generation -- 7-nanometer is expected to have a long life.

At the very least, then, expect that the A12X and A13 will both be built on what should be a relatively mature 7-nanometer technology.

However, once it comes time for TSMC to transition to its 5-nanometer technology (which the company has indicated should be in the 2020 timeframe), I wouldn't be surprised to see the A13X be used to pave the way for a smooth ramp of the A14.