The tech IPO scene is about to get a lot busier after taking a breather. 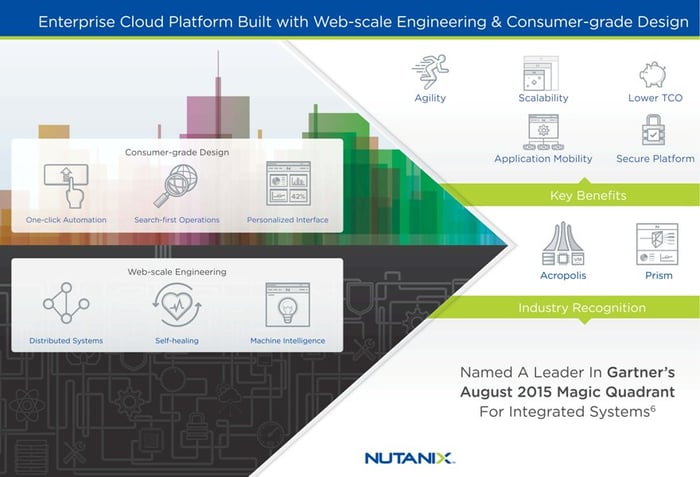 Since the start of 2015, tech valuations have been cooling off across the board for both public and private companies. Many smaller start-ups that were aspiring to go public held off, citing choppy market conditions and general skepticism around the valuations that some of these "unicorns" were fetching. There have been no less than 80 downrounds since 2015, according to CB Insights. A downround is a private financing round where a company raises capital or is acquired at a sequentially lower valuation.

New kid on the Street

Nutanix, Inc. (NTNX -1.37%) went public this morning, and shares have already more than doubled from the offering price of $16 that was announced last night, trading as high as nearly $35 as of this writing. That offering price was even higher than the initially expected range of $13 to $15, showing healthy investor demand ahead of the offering. The company raised approximately $221 million after underwriting discounts, commissions, and fees.

Nutanix offers an enterprise cloud platform that integrates servers, virtualization, and storage into a single offering that can also connect to other public cloud services. Sales have been growing at a blistering pace, jumping 84% to $445 million during the fiscal year that ended in July. Like most young tech companies, Nutanix is unprofitable, posting a net loss of $168 million during that time frame, but the company intends to invest heavily in sales and marketing for the foreseeable future to drive growth.

Operating leverage is starting to kick in, as margins expand alongside the growing top line. Nutanix enjoyed an adjusted non-GAAP gross margin of 62% last fiscal year, up from just 13% in 2013.

Nutanix is using a dual-class structure, where supervoting Class B shares held by insiders retain nearly all of the voting rights (98.8% of all voting power). This is another shareholder-unfriendly practice that's unfortunately continued to gain traction, particularly within Silicon Valley.

Nutanix had waited nine months to go public, taking out a $75 million loan to bolster its balance sheet in the meantime. It seems that patience has paid off considering the market's reception. The company had initially filed its S-1 Registration statement with the SEC back in December 2015. Year to date, only 17 tech companies have gone public in the U.S., which is the slowest tech IPO activity since 2009, according to The New York Times.

The strong debut has the potential to thaw the slow market for tech IPOs, signaling to other companies that the water's warm. Investors could start to see activity pick up, as a backlog of companies wanting to go public has been growing. For instance, Dropbox has been looking to go public for quite some time, and might pull the trigger in 2017.

For tech investors looking for portfolio candidates, the menu is about to get a lot bigger.

Evan Niu, CFA has no position in any stocks mentioned. The Motley Fool has no position in any of the stocks mentioned. Try any of our Foolish newsletter services free for 30 days. We Fools may not all hold the same opinions, but we all believe that considering a diverse range of insights makes us better investors. The Motley Fool has a disclosure policy.