Please ensure Javascript is enabled for purposes of website accessibility
Log In Help Join The Motley Fool
Free Article Join Over 1 Million Premium Members And Get More In-Depth Stock Guidance and Research
By Daniel Miller - Oct 1, 2016 at 7:44AM

Here are two stocks using their scale and other advantages to thrive in a fragmented industry.

A fragmented industry is one that has no major players that heavily influence business practices. That doesn't mean these industries are small because there are many examples of the opposite: such as the U.S. trucking industry where many mom and pop operations make great money within the $700 billion industry.

Despite the fact that fragmented industries devoid of any Wal-Mart sized whales, there are advantages to being a medium sized fish in a pond filled with guppies. With this in mind, here are two dividend stocks with upside as they continue to thrive in their fragmented industries. 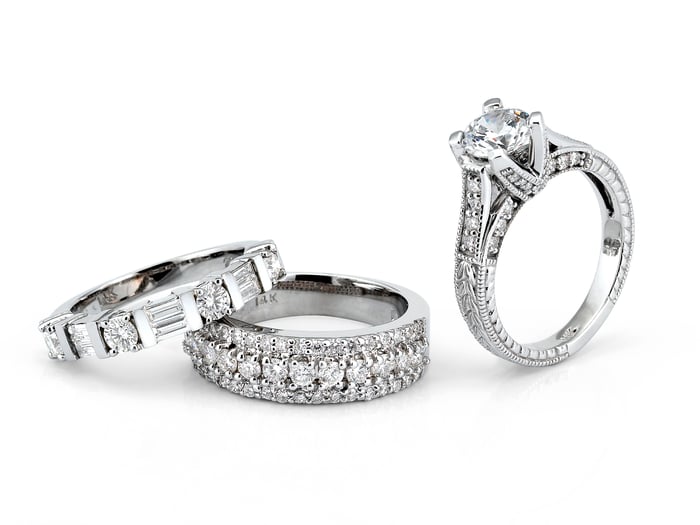 Signet Jewelers (SIG -2.65%) owns a host of brands and brick-and-mortar stores in the U.S., Canada, and the U.K. that investors will likely recognize. Those brands include Jared, Kay, and Zale, among other regional brands. Signet operates in a highly fragmented jewelry industry and has become the largest seller of affordable diamond, gold, and silver jewelry in the United States. Over time it has acquired smaller companies and driven consolidation in an industry that has a plethora of sole proprietors, entrepreneurs, and single-location retailers.

This offers investors of Signet a couple of advantages. First, thanks to being the largest player in a fragmented industry, it can use its scale and purchasing power as leverage to lower costs for its diamonds and other jewelry products -- something smaller competitors can't do.

Another perk of Signet being the largest player, with the largest balance sheet, is that it can offer its customers something smaller competitors typically can't: financing options. Signet offers its bridal and engagement jewelry on credit and that offers a significant advantage as consumers unable to purchase without financing gravitate toward Signet's stores. This scenario plays out quite often as more than half of Signet's diamond sales are bought on short-term credit.

Despite its advantages, Signet isn't immune to retail weakness which has plagued brick-and-mortar retailers in many industries recently, and that reared its ugly head during the second-quarter when Signet missed estimates. Further, with the recent Brexit vote completed and the U.K. opting out of the European Union it could present headwinds for the company's U.K. business. 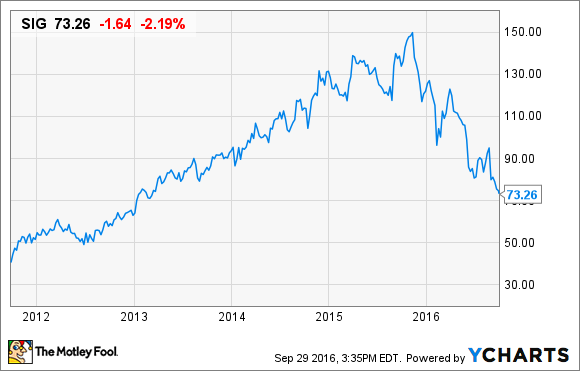 Those two factors have sent the company's stock price plunging year-to-date, but it could also offer investors a great time to start a small position in a company that will likely bounce back and continue to take advantage of its size in a fragmented industry.

Everybody loves a good network effect

Similar to Signet Jewelers, Ritchie Bros. Auctioneers (RBA -0.86%) is a leader in a highly fragmented industry. More specifically, RBA is the largest auction company of used heavy-equipment and machinery via its industrial auctions. The company appraises, sells, inspects, buys, refurbishes, ships, and helps finance these specialized heavy equipment for businesses operating in construction, mining, transportation, and agriculture, among other industries -- and it does this globally.

The intriguing part about RBA as an investment is that, in my opinion, the company has a strong competitive advantage thanks to its network effect. Because the heavy-equipment auction industry is highly fragmented, sellers and buyers gravitate to RBA because it's the largest player. It's a virtuous cycle where more sellers equates to more product, and more product equates to more interested buyers, which attracts more sellers -- on and on the virtuous cycle goes.

Despite being the largest player, RBA recently made a move to significantly squash competition trying to follow in its footsteps. Earlier this month RBA announced it would acquire IronPlanet in a deal worth nearly $760 million and the news initially sent its stock price soaring 23%. What many investors don't realize, though, is that IronPlanet was an online-based auctioneer that was innovating its way to success digitally -- something that RBA was focusing its efforts on recently.

Also, IronPlanet was one of RBA's few competitors that had anything resembling the scale necessary to compete. RBA effectively took one of, if not its largest, competitive threat and brought it in house to improve its scale, network effect, and online ambitions. That's a home run acquisition in my book.

Morningstar estimates that despite being the world's largest auction company it only represents about 4% of the $100 billion used-equipment auction market. That leaves a huge runway for growth if the company can continue to handpick home-run acquisitions, leverage its scale, and grow its online presence.